More than just storage - exploring the real benefits of the cloud

If you want the values and benefits that the cloud can actually bring, your approach to thinking about it has to change, argues Greg Hoskin, managing director, EMEA and APAC, Signiant.

We have largely moved on from the industry’s early fears of whether the cloud is secure, and instead we can now explore the practical topics of who’s moving to the cloud, benefits of doing it now, and future benefits. 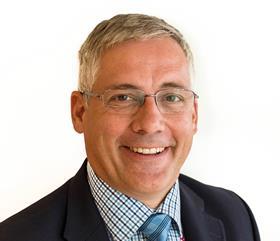 One of the myths we often encounter when discussing the cloud is that many people think it is, essentially, just storage.

Or more holistically, they can at most imagine it’s a virtualised data centre, sitting in somebody else’s facility.

If you want the values and benefits that the cloud can actually bring - such as scalability-on-demand, paying for only what you use, nearly unlimited capacity, and automated processes to make this all happen - your approach to thinking about the cloud has to be different.

The immediacy of how you can feel the effect of all of these benefits in your facility is striking. Having nearly unlimited storage is a really good value proposition on its own; but processing video in the cloud is also closing the gap between the infrastructure and the people who have to interact with it.

The advantages of cloud

It’s not about doing the same things you do with physical storage, it’s about looking at the cloud in a different way to understand how it is different and what advantages it brings.

Think about transcoding as an example; this is emerging as a powerful way to take advantage of cloud processing for video production workflows.

Currently, a media company or production team may capture dozens or even hundreds of hours of footage on a project. They probably bundle up all the tapes or disks, bring them down to the facility and buy the transcoding for a fee, either for quantity of footage or for equipment time used.

In the new cloud world, they could just ‘burst’ whatever spare capacity they need to acquire at that moment, without interrupting any of their broadcast processes.

Think also about transcoding huge amounts of UHD video. Does it make sense to rent one machine for a thousand hours, and get your job processed 42 days later? Or instead, rent one hour of a thousand Amazon AWS compute units processing concurrently?

“It’s not about doing the same things you do with physical storage, it’s about looking at the cloud in a different way to understand how it is different and what advantages it brings”

These types of models are where the cloud really starts to come into its own as an on-demand, additional facility for the customer to move forward. You can easily see the massive benefit to your workflow with just these examples – but it does require you to think about your processes differently first.

While we’re confident that cloud processing will become mainstream with its incredibly fast performance, capacity and efficiency, a point of frustration will continue to be moving media there from its point of production.

You’ve got to think differently, and those who do become more agile, gain the benefits, and move into the future.