There's something missing in network investment and management

For better or worse, broadband speed has been the de facto Quality of Experience (QoE) metric for broadband connectivity for the last decade. Network operators, data centers, network equipment and software vendors, content and application providers, all rely on some interpretation of QoE metrics for broadband internet connectivity results to make key investment, operations and marketing decisions. 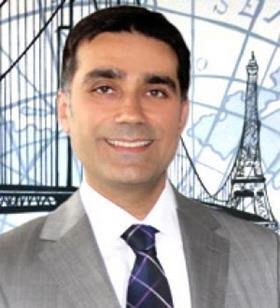 Moreover, national regulatory agencies also have been more active in the last years to enforce monitoring consumer QoE/speeds to drive national broadband initiatives and regulate carriers. BEREC, ARCEP, FCC, Ofcom all have different initiatives like the sourcing of a reference system to build a standard SpeedTest solution.

We still have ways to go to achieve this objective and the current tools are clearly not sufficient for the goals of the eco-system.

The speed test measurement goals, methodologies, and results differ significantly. Moreover, the content providers, service providers, and regulators all see significantly different results based on different speed test measurement methodologies, and even for the same service in the same location for similar large number of sample set. For example, Akamai, Netflix, YouTube, FCC, and many speed test vendors produce aggregate analytics for broadband speeds for a particular nation/location and the results can vary over 200% at times.

Some of the variation can naturally be attributed to the motivations/goals of measurement:

Providing full visibility on individual component performance while measuring end-to-end connectivity performance would address most gaps in current tooling for broadband speed testing. However the design and deployment of such new tooling have to take into account regulatory rules, service providers operational concerns, varying capabilities of network equipment vendors.

We believe there are five different segments and associated testing capabilities that need to be refined and made available to internet eco-system partners: