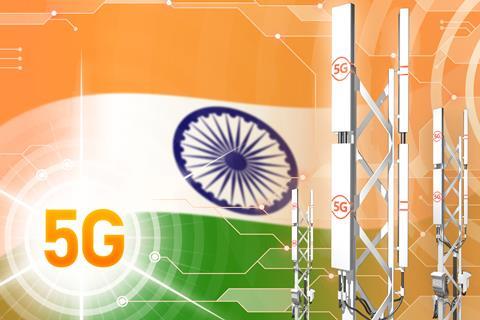 5G mobile technology is set to disrupt the Indian linear TV market as users adopt more OTT services and platforms due to better connectivity access, according to a report from KPMG.

The India’s Digital Future report claims the Indian smartphone market – currently sat at around 400 million users – will more than double by 2022, prompting Indians to switch to digital distribution methods for video consumption.

Television revenues are currently still growing in India, the research found, at a rate of around 9.5% - flat year-on-year. This puts the TV market in India at around 714 billion Indian rand ($46 billion).

The digital sector, however, “continued to be the torchbearer of growth of the industry in FY19 with a 43.3% growth” KPMG said. This took the market, which includes digital advertising and subscription revenues from OTT vide and audio, to 173 billion rand ($11.3 billion).

According to KPMG, the growth in mobile and 5G launches should boost this even further, with data consumption set to grow from 3.5GB per user to 17.5GB per user by 2022.

“With the increase in smartphone users to 800+ million by 2022, an increasing number of Indians are likely to utilise digital distribution as the primary outlet for video consumption, thus emerging as a real threat to traditional, linear television in India,” the report said.

With India’s government setting out plans to carry out an initial 5G deployment next year ahead of wider rollouts in 2022, KPMG said that 5G has the potential to unlock $1 trillion worth of opportunities in the country depending on a number of policy decisions.

The film industry has also seen strong growth of 15.1% due to robust box office takings – the best performance in the past decade, it said. The animation and VFX segment saw growth of 18.7% in 2019 due to an expanding audience for animated content on OTT platforms.

Overall, the Indian M&E space grew at 13.2% in FY19, though KPMG warned of potential headwinds on the horizon in the form of the government’s NTO implementation and signs of a wider economic slowdown.

Other key takeaways from the report, which can be found here, include the impact of more millennials and generation Z members into the workforce, which will push digital growth even further.