IBC2018: In a session devoted to eye-catching innovation at IBC, Accedo’s Fredrik Andersson highlights Android TV and Roku as well as other ground breaking products.

Google’s Android TV and Roku were singled out as two of the most transformative technologies at IBC by Accedo’s Fredrik Andersson in a What Caught My Eye conference session on Innovation. 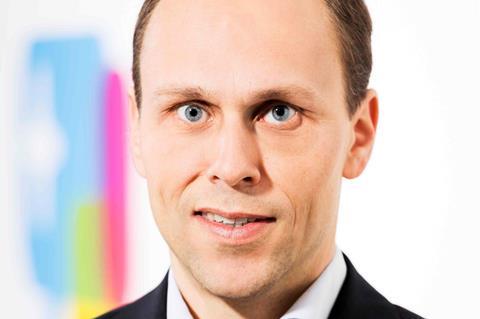 Andersson, who is Senior Vice President of Strategy and Solutions at Accedo, said that the Android TV and Roku platforms had prompted a new spirit of co-operation between platform providers and pay TV operators,

“The development of the OTT market has forced the pay TV guys to become more OTT-centric and the streaming platforms have become much more flexible in their approach to the pay TV operators. Two years ago they were saying: ‘We are Google – you can’t change anything.’ But now Google is much more accommodating about finding solutions.”

“I have never seen anything grow as fast as this – the number of pay TV providers looking at launching on Android went from 10s to 100s in less than two years in what is normally quite a conservative market,” said Andersson.

“They see the logic and are being forced to do it now because their customers expect them to have all these OTT services…They realise that they need to jump on this train.”

In the What Caught My Eye session Andersson also singled out MUX’s Real-Time Dashboard, billed as helping video engineers and product managers detect live stream issues in real-time, as a useful product. “It’s not too sexy, but for companies are looking for best of breed solutions this will set the trend.”

AWS Elemental’s MediaLive, a broadcast-grade live video processing engine enablingsports image recognition was also highly regarded. “It captures and recognises all the events in a sports event, with the API stack creating video automatically – it’s all done by software.”

Other hot picks were Facebook’s latest Oculus TV VR headset for innovating and lowering barriers for consumer entry to VR, Volucap’s Volumetric Studio for transforming the generation of 3D graphics, and the BBC R&D’s low-latency internet delivered TV system which cuts the time lag between streamed video and broadcast TV.