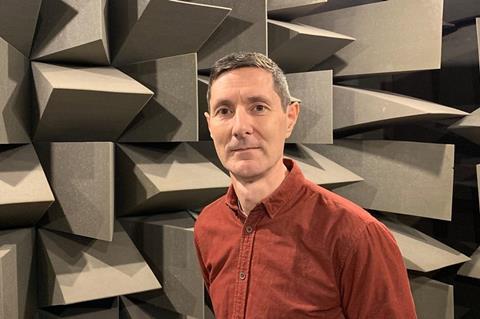 Professor Trevor Cox: Working with BBC R&D and academics from UCL on the study

Aiming to uncover audiences’ disposition to the use of artificial voices in different types of media content, the BBC is aiming to test bespoke synthetic voices with regional British regional accents.

During the study participants can listen to a range of audio samples from male and female synthetic voices created solely for the study, representing a range of regional accents from across the UK.

In a blog post, BBC R&D senior producer Barbara Zambrini said: “We aimed to design a compelling experience that allows participants to interact with the synthetic voices.

“During the study, users listen to different voices with a variety of accents, including ones that are similar to their own. We ask a series of questions to determine the voice they would prefer in different contexts.”

It will explore the ways British regional accents are interpreted by a wide public audience and how they could be used in different media contexts in the future.

The news was announced today on BBC Radio 4’s Inside Science programme with Professor Trevor Cox from the University of Salford Department of Acoustic Engineering.

It is a collaboration between BBC R&D, the University of Salford, BBC Science, BBC Radio 4 and with the expertise of the BBC’s Voice + AI team.

Professor Cox outlined the original 1927 study, where Professor T H Pear ran an original experiment with the BBC on the perception of voices. Voices were presented on all BBC radio stations, and 5,000 people provided feedback using a questionnaire in the Radio Times. 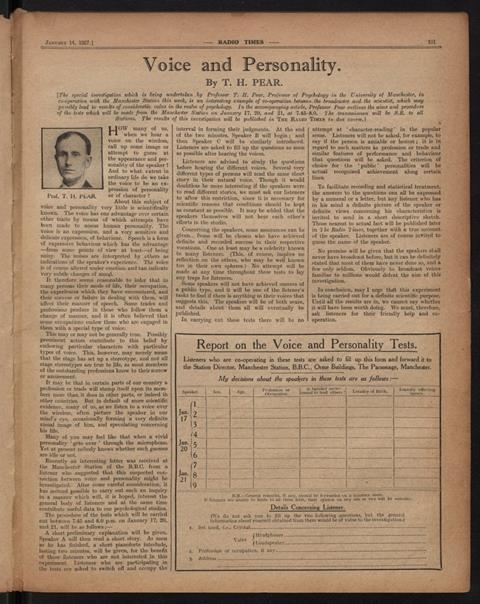 As World Radio Day is celebrated globally today, the BBC asks: “90 years later, how do audiences in 2020 feel about the use of artificial voices in different types of media content ranging from national news to entertainment?”

BBC R&D collaborated with BBC staff from all regional radio stations, local news teams, and the technology division to find volunteers with distinctive regional accents willing to record their voice for us.

The newest study is considered a follow up to Professor Pear’s original experiment and its results will be covered in a BBC Radio 4 programme later this year, which will revisit the two tests.

The study will answer some research questions around the voices people prefer in the examples presented to them.

Working closely together, the BBC and Professor Trevor Cox, academics from UCL to ensure the study is academically rigorous.

The study aims to explore the following:

This experiment is part of broader research BBC R&D is conducting on new forms of interactive conversation and voice experiences. The data gathered from the study will be analysed.

The research aims to “start digging into an area to hopefully find a gold nugget” with what the BBC described as no expectation that the insights will lead to drastic changes.

“It is about sharing insights and making people aware of users’ feedback,” it added:

“However, the BBC’s Voice + AI team – who are currently building the BBC’s voice assistant – are taking a keen interest in this study, and will be looking at how the results might inform how the BBC builds its voice services in the future.”