BBC, ITV and C4 recognised across the RTS Programme Awards

The BBC was awarded 17 of the RTS Programme Awards with judges commending the broadcaster for commissioning a wide range of high-quality programmes that are both challenging and push the boundaries. 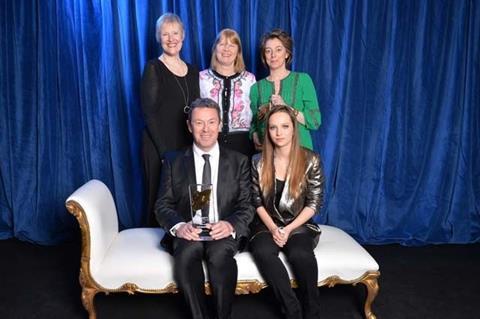 BBC1 drama Three Girls won two out of its three nominations, collecting the Mini-Series award and celebrating a win for Nicole Taylor in the Writer – Drama category. 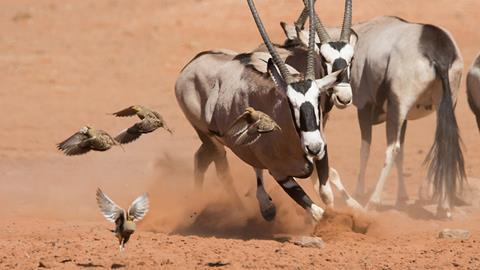 Sinéad Keenan won the Actor (Female) and Stephen Graham won the Actor (Male) awards for their work on ITV’s Little Boy Blue, while Daniel Lawrence Taylor was presented with the Breakthrough Award for his performance in ITV2 Timewasters.

The Drama Series award was won by Channel 4’s The End of the F***ing World, while BBC3 Murdered for Being Different (BBC Three) was recognised in the Single Drama category. ITV’s Coronation Street won the Soap and Continuing Drama award.

Channel 4 followed its 2017 success with a consecutive win for Adam Hills, Alex Brooker and Josh Widdicombe for Channel 4’s The Last Leg in the Entertainment Performance category. The Entertainment programme award went to ITV’s Love Island. 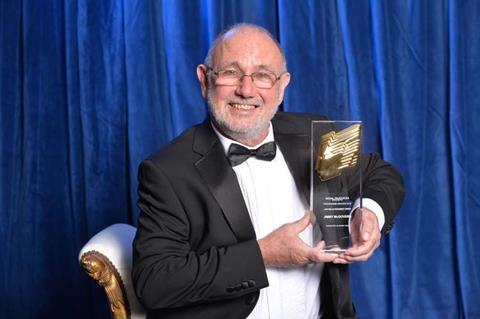 CBBC’s Inside My Head: A Newsround Special won the Children’s Programme category, BBC2 Muslims like Us for Formatted Popular Factual, and Moving On – Eighteen on BBC1 won the Daytime Programme.

Elizabeth I’s Secret Agents secured the History award and World War One Remembered: Passchendaele – For The Fallen won the Live Event award – both produced for BBC2.

The RTS Award of Special Recognition was presented to The Crown. The Judges’ Award went to Charlie Brooker and Annabel Jones for Black Mirror.

Jimmy McGovern was recognised for his body of work with the Lifetime Achievement award.

“Compelling and heart breaking. She brought the whole story alive.”

Thandie Newton - Line of Duty, World Productions for BBC One

“An exceptional piece of film making, brilliantly evoking the dramatic sweep of the artist’s life.”

Basquiat - Rage to Riches, A BBC Studios Production for BBC and PBS with THIRTEEN Productions for BBC Two

“Creating a world that didn’t exist before – original, clever and insightful. Clearly we’ll see much more of this talent in the future.”

The Detectives: Murder on the Streets, Minnow Films in association with the OU for BBC Two

“Beautifully written and directed, with performances that were through the roof…taking huge creative risks.”

Ackley Bridge, The Forge for Channel 4

“This series…has evolved into a uniquely contemporary watch – it makes its own rules and is a compelling and spellbinding viewing”.

“The genuine warmth, imagination and sense of fun just shines through.”

Anthony McPartlin and Declan Donnelly - I’m A Celebrity…Get Me Out of Here!, ITV Studios for ITV

“The winning programme was innovative, nuanced, and exceptional in its breadth of casting.”

“A visually rich piece which told new stories in an arresting style.”

My Family, Partition and Me: India 1947, Wall to Wall Media for BBC One

“A remarkable event beautifully executed, telling THE story as well as lots of others in an innovative and accessible way.”

One Love Manchester, BBC Studios/SB Projects for BBC One

The State, Archery Pictures and Stonehenge Films for Channel 4

“This broadcaster told a personal story with an approach that was both authoritative and deeply emotional”.

RTS Channel Of The Year

“Commissions wide ranging, challenging programmes that still push at the boundaries, and with an astonishing mix of quality.”

Guy Martin vs The Robot Car, North One Television for Channel 4

Dogs: An Amazing Animal Family, Offspring Films for Sky One

“Authentic, clever and with characters and a setting that felt completely fresh.”

People Just Do Nothing, Roughcut TV for BBC Three

Chris Packham: Aspergers and Me, Raw for BBC Two

The Accused, Brinkworth Films for Channel 5

“Bold and powerful. A gut-wrenching watch”.

Damilola, Our Loved Boy, Minnow Films for BBC One

“Some astonishing performances, but always grounded, confident and utterly believable.”

EastEnders, BBC Studios for BBC One

“Someone who brings the viewer a uniquely authoritative perspective combined with excellent insight.”

“A perfectly executed piece of stand out coverage,” said the judges, “It was stunning!”.

“Was both warm and poignant in a world rarely represented…a brilliantly funny piece”.

“It would be hard to overstate the intellectual dexterity, cultural sensitivity and raw emotional force…the writer is an exceptionally rare talent”.

Charlie Covell - The End of The F***ing World, Clerkenwell Films and Dominic Buchanan Productions for Channel 4

”With its very British story, British creative and technical talent behind the camera, and an almost exclusively British cast – the series has put feature film production values onto the small screen for the world to see and done so with a style and on a scale unlike any other.”

”Black Mirror is a series that defies neat categorisation. Is it science fiction? Is it an apocalyptic satire? Is it a psychological thriller? The truth is that it’s all of the these. Even describing it as this generation’s Twilight Zone doesn’t do justice to the creative sweep of Black Mirror. Using modern society’s delight in evolving technology and our addiction to the new media as its jumping off points, the show takes the viewer to a different unique world with its own parallel reality in each episode.”

“A dramatist who has written what is, by any measure, an exceptional body of work – pieces that have challenged audiences, needled authority and had an impact that goes beyond mere critical acclaim or high ratings…though his work has achieved both of those as well.”