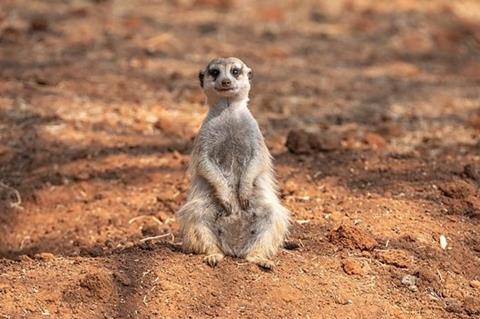 The blue-chip series will explore “nature’s phenomenal females,” in the working title Fierce Queens which will air on the new short form entertainment platform when it launches in 2020.

Quibi was founded by Hollywood executive Jeffrey Katzenberg and Meg Whitman which aims to entertain, inform and inspire with daily fresh content.

The video streaming platform will specialise in original content designed for smartphone consumption and has described itself as a mobile-based Netflix.

Fierce Queens will introduce viewers to various female animals from the rebel matriarchs, powerful leaders and dangerous lovers of the natural world.

From hyenas to fireflies, meerkats to humpback whales, it will bring the most dramatic natural history stories from a fresh female perspective.

The series will be produced by the multi-award-winning BBC Studios Natural History Unit (NHU) with Jo Shinner as the executive producer.

Shinner said: “We are delighted to have won our first Quibi commission and be part of this innovative and unique broadcasting initiative.

“We can’t wait to reveal the astonishing behaviour of the powerful Fierce Queens of the natural world.”

NHU of BBC Studios is a subsidiary of the BBC aiming to develop, produce and distribute bold British content.

On average, it makes over 2,500 hours of content per years, operating in 22 markets globally and generates around £1.4 billion in revenue and returns around £200 million to the BBC annually.

The NHU is based in Bristol in the UK and produces the world’s most iconic natural history programmes, such as Blue Planet II and Planet Earth II and is the gold standard for the industry.

Quibi is head quartered in Hollywood, California and plans to launch on 6 April 2020, targeting younger viewers with premium short form content for viewing on the go.

According to reports, the company plans to spend $1.1 billion on commissioning original content in its first year, totalling 7,000 short-form episodes.

The Quibi Projects include: