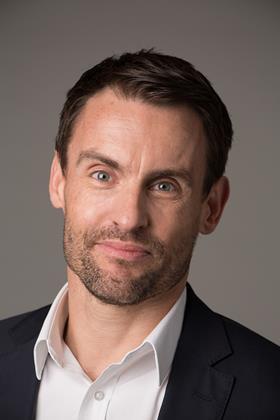 Moultrie will join Studioworks – the BBC’s commercial subsidiary that provides studio and post-production services - on 4 November, succeeding David Conway, who is joining ITN as chief financial and operations officer.

According to the BBC, he has achieved numerous successes during his time there including increasing the revenue and profit of the Beeb’s children’s arm, the identification and commercialisation of social media stars like Joe wicks and Joe & Caspar, as well as spearheading the #sustainableme campaign.

He and his team have also bagged numerous accolades from Google for their work in the virtual reality and augmented reality space.

His prior experience also includes holding a number of roles for leading international brands such as Goldman Sachs, Nike, PepsiCo and Warner Bros.

“Andrew is a dynamic and collaborative leader who brings a wealth of commercial experience to the role,” said Tom Fussell, chief financial officer, BBC Studios and non-executive chair, BBC Studioworks. “He is a real visionary with a solid operational mindset and is passionate about driving Studioworks forward to build on the excellent progress to date.”

On his appointment, Moultrie said: “I’m delighted to join BBC Studioworks, a world-class and growing business, with exceptionally dedicated and talented professionals. As the media industry continues to change apace, I’m looking forward to working with the team to build on our first-class customer experience and deepen our relationships with our partners.”

He will replace Conway, who announced he would be joining ITN back in June after seven years at the BBC company. Conway led the company’s expansion into new facilities at Television Centre in West London and helped establish Studioworks as one of the UK’s largest TV production services companies.

Fussell also thanked Conway for his time at BBC Studioworks: “I would also like to thank David for the huge role he has played over the past five years. BBC Studioworks has flourished under his tenure as he successfully led the company’s expansion into new facilities at Television Centre, solidifying Studioworks as one of the UK’s largest TV production services companies.”