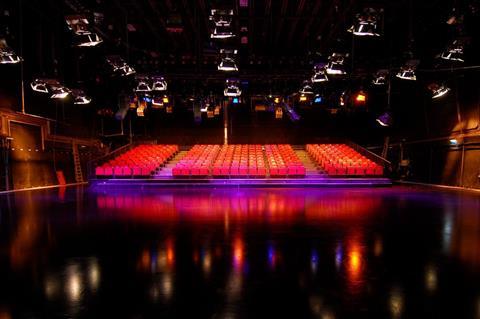 BBC Studioworks has “significantly” invested in new technology across its studio portfolio, positioning itself as the partner of choice, says head of studios.

The communications infrastructure for its Studio D is being upgraded to ensure all seven of its facilities are consistent.

The commercial subsidiary of the BBC, which provides television studios, post-production and related services to the market announced today the upgrades which include the investment in 40 Bolero wireless beltpacks that will enable full roaming for the studio and accompanying dressing rooms and production offices.

In has also upgraded the studio and sound deck with Dante audio over IP networking, to enable greater enhanced audio workflows.

Along with the previous upgrades it now aims to provide interconnectivity across all of Studioworks’ studios and post-production edit suites.

BBC Studioworks head of studios and post-production John O’Callaghan said: “This investment reinforces our ongoing commitment to providing a creative and innovative experience for our clients underpinned by premium technology.

“We’re always exploring cutting-edge technological advancements and where there’s an obvious benefit to our customers, we’ll implement them.

“Operations at all three of our sites continue to thrive, positioning us as the partner of choice for making captivating TV content.”

In a move to “cater for the varying needs of the multitude of productions it facilitates,” Studioworks has also added to the number of Fujinon lenses in its armour with the addition of further UA14X4.5 BERD 4Ks, UA24X7.8 BERD 4Ks and accompanying Servo control kits.

Investment has also been made in a Sony HDC-P50 4K POV camera to feed the demand from light entertainment and music show clients.

This investment follows Studioworks’ communications upgrade in Elstree 8 and 9 and the purchase of new cameras and servers in 2019.