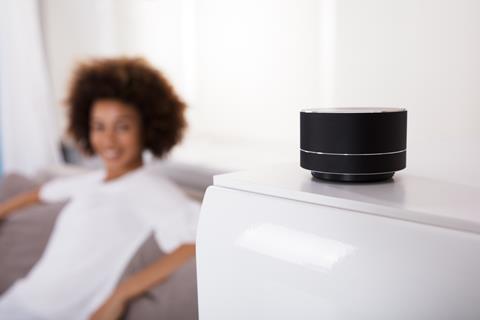 The BBC is set to launch a new voice assistant service that will rival Amazon’s Alexa.

The voice assistant – which will be called Beeb – has been developed in-house by the UK public service broadcaster with plans to launch next year.

Beeb will not be a hardware device itself, but will run on existing smart speakers, smart TVs and mobiles, the BBC said.

The voice assistant will focus on enabling people to select content and interact with online services, with the BBC promising it will understand British accents.

Other voice assistants, such as Alexa and Apple’s Siri, have struggled to pin down some regional British accents, leading to a number of YouTube videos of people with strong accents trying to use them with little success that have gone viral on social media.

The BBC said that in order to Beeb’s ability to understand regional dialects, it will ask staff in offices across the UK to record their voices to test the software.

The BBC will be competing with a number of international tech giants. According to analyst firm Canalys Amazon dominated the worldwide smart speaker market with a 25.4% share in Q2 2019, followed by Chinese firm Baidu (17.3% of shipments), Google (16.7%), Alibaba (15.8%) and Xiaomi (10.8%) rounding out the top five.

Beyond that, the likes of Apple, Samsung and Google all offer their own voice assistant apps which are available across mobile, tablets and smart TVs.

The BBC ruled out launching a smart speaker, claiming that having its own assistant would enable it to “experiment with new programmes, features and experiences without someone else’s permission to build it in a certain way”.

“Much like we did with BBC iPlayer, we want to make sure everyone can benefit from this new technology, and bring people exciting new content, programmes and services - in a trusted, easy-to-use way,” said a spokesman. “This marks another step in ensuring public service values can be protected in a voice-enabled future.”

Analyst Ben Wood took to Twitter to express surprise at the BBC’s decision to launch Beeb, claiming the corporation might struggle to compete with the tech giants already operating in this space.

Surprised to see BBC getting into the voice assistant space. "Why aye man Beeb! Giz a deek at Peeky Blinders". https://t.co/mQQP9IVgJF (via @zsk@BBCTech) pic.twitter.com/mjMwiiDS55

The voice assistant will be accessed by saying the word “Beeb”, similar to how users say “Alexa” or “Hey Google” to access Amazon and Google’s voice assistants.

According to a BBC report, CCS Insight analyst Wood said: “Typically voice assistants use a multi-syllable word or phrase such as Alexa or Hey Google to ensure accurate identification. I fear Beeb might end up being unreliable.”