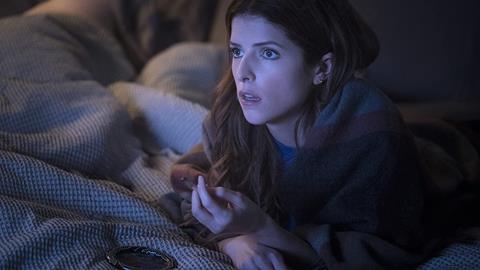 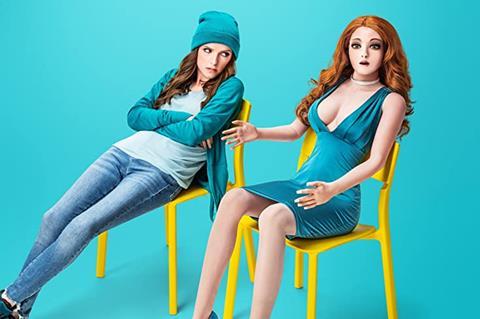 Dummy: Arriving on Quibi platform during week of launch

Quibi, the new short form mobile-only platform that launched in the US this week, promises to smoothly blend video playback when switching between horizontal and vertical positions. This perfectly sensible viewer friendly experience is more revolutionary than it sounds and has tied production teams working for the platform up in knots.

While shooting short form for mobile is hardly new, producing content that works in both landscape and portrait modes is. As filmmakers have navigated the production issues, they’ve also hit upon new storytelling potential that perhaps only this medium can deliver.

“No one had yet done what we were about to do,” says director of photography Catherine Goldschmidt (Doctor Who) who shot Dummy, the first scripted show commissioned by Quibi to go into production. “What we did was a new frontier in terms of digital cinematography and filmmaking.”

Quibi’s streaming technology is designed so that when a viewer flips between the horizontal (16:9) and vertical (9:16), there is no buffering. It does that by streaming two versions of the same show simultaneously, with different aspect ratios and identical soundtrack. This means producers have to deliver two versions of the show and, going back up the chain, the cinematographer needs to consider how to shoot a scene once but frame it twice.

New view
Quibi launches with 50 titles – a mix of food shows, sports and nature docs, plus news bulletins – but it is the narrative serials which arguably demand most work to create dual frames. Unsightly flooring or a camera rig shown in the vertical frame of a current affairs or reality show is less of an issue than in a drama where so much attention is paid to building a world and keeping the viewer focused on the story.

Creatives likes these have previously swerved the tiny screen, not least because of the artistic destruction of beautiful composed panoramic images when a phone is held vertically.

These aren’t filmmakers who are going to compromise their art just because it’s destined for a mobile phone or diced into 10-minute chunks. On the contrary, the subscription platform is selling itself as a premium viewing destination and is paying $125,000 per minute for the best scripted shows storytellers can offer.

This high bar was playing on the mind of Goldschmidt and director Tricia Brock (The Walking Dead) in preparation for Dummy. The buddy comedy, created by Cody Heller (Deadbeat), is about the relationship between a writer and feminist (played by Anna Kendrick) and her boyfriend’s sex doll. 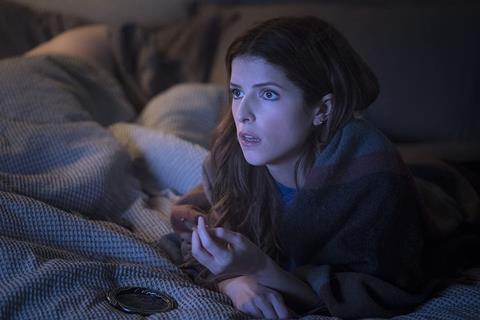 One method is to shoot in 16:9 and then crop in for the tighter 9:16 shot. “It was apparent that if you made the conventional wide and two shot in 16:9, then all your careful framing goes out of the window as soon as the phone is flipped,” Goldschmidt says. “I just wanted to see if there was a better way.”

Another route would be to acquire a master and then use the centre-punched image to create both frames. This would reduce the time needed to create two versions – but would it work for drama?

“How could you position a shot that wouldn’t either destroy both frames, or make one unusable? This was the main challenge for everybody to wrap their heads around.”

Goldschmidt toyed with the idea of using a common headroom shared between the frames which would make it easier for the boom operator, for example, or lighting gaffers to know where the frame limits would be, but the more she trialled this the more she realised just how much distracting floor space would be revealed in the portrait mode.

After consulting with colleagues with previous experience of framing for mobile, as well as with facilities house Light Iron in LA, she conceived a new approach.

Her solution was to shoot with a large format sensor and to crop that to a square 1:1 frame within which she would frame for 16:9 and 9:16 in a crucifix orientation.

“This way, the two frames are unique, but both share the same middle portion,” she explains. “The crucifix position of the two frames and the ability to orientate them the way we wanted them is key.”

She used the lens-mounted director’s viewfinder Artemis Prime and lightweight zooms to scout locations for Dummy in LA, explaining, “The ability to move around on location and to picture the scene happening in both frames was essential for everyone to be confident in our choices.”

Few professional cine cameras come with sufficiently customisable frame lines for projects like this. The solution was to turn on the Sony Venice’s frame line for the 1:1 square, and then to generate 16:9 and 9:16 lines for each of the two main cameras via Convergent Design Odyssey 7Q monitors.

There are reportedly technologies under development that could enable a live interactive framing device for the cinematographer to use on set. This would be able to track the actor and enable the cinematographer to view the scene in 9x16 and 16x9 frames. Other technologies under development might enable viewing of dailies or editorial assemblies in dual frame modes, but neither was available for Dummy.

The depth of field from large format lenses gave Goldschmidt greater control over where to direct the audience’s attention. Acquisition was in 6K so that both versions would have a consistent 4K starting resolution in post.

This all went some way to achieving parity of production value between the versions, but work was still required in post. This included reframing where necessary and fine-tuning the HDR grade so that both versions matched. 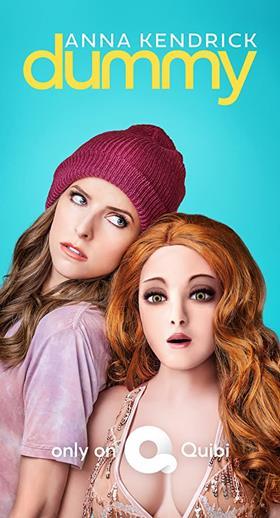 Quibi’s Turnstyle technology: When viewers flip between horizontal (16:9) and vertical (9:16), there is no buffering. It streams two versions of the same show simultaneously, with different aspect ratios and identical soundtrack

“With [colourist Nick Hasson] we’d grade 16:9 in DaVinci Resolve then go back and transfer the same initial grade to the 9:16 so we weren’t starting from scratch,” says Goldschmidt. Then we’d tweak the 9:16 parts of the frame we hadn’t seen before. Sometimes, we’d see things or change things that would mean we’d have to go back again to the 16:9, but for the most part the process was fairly streamlined.”

Light Iron devised a 1:1 production, editorial and conform pipeline, allowing the production to frame for both 16:9 and 9:16 concurrently.

“Our show was suited to this method because it’s a basically a two hander with Cody (Kendrick) opposite a sex doll, but I struggle to conceive how this could be done at scale with multiple characters,” Goldschmidt says. “You would have to make lots more difficult choices with your two edits.”

Picture show
When she received the script, Goldschmidt says she found it “whacky, weird and wonderful” and that, combined with the Quibi platform, made the opportunity too tempting to resist.

“Tricia and I talked about Coen Brothers’ movies which are the touchstone for composition when you want to shoot a comedy but not immediately broadcast the fact that it is a comedy,” Goldschmidt says. “We also talked about (the 2002 Spike Jonze film) Adaptation because of the meta layers in that film and the way you can get lost inside a character’s self-made reality.”

There’s a business rationale to the dual frame production. After a couple of years of exclusivity on Quibi, producers can resell their programme to other platforms. For example, the 16:9 could be re-edited to 90 minutes and sold to TV; the vertical version could be sold to Snapchat.

The platform has also opened up some intriguing creative possibilities.

For example, the vertical version might feature a split-screen of a scene where the top of the screen shows the centre frame from the horizontal clip and below it there’s clip of the same scene but from a different angle.

Spielberg’s After Dark will only become available to users once night has fallen. That may be seem a gimmick but consider the potential of shooting a scare story in which in one version the character appears in an empty room but when flipped the additional screen space reveals a figure in the background.

At the beginning of Steven Soderbergh-executive produced survival thriller Wireless a man (Tyler Sheridan) is shown surviving a car crash in horizontal view. But when viewers switch to the vertical position of the same scene, they instead see the character’s phone and who he is calling or texting. This called for additional scenes to be shot.

“We really did have to rethink our approach to production and find a very unique set of best practices for shooting from both the phone’s perspective and the cinema camera’s perspective,” Wireless director Zach Wechter told The Hollywood Reporter.

“The phone is almost like a character in our life; we interact with it so much,” said Quibi chief product officer Tom Conrad.

And now the format is a character in storytelling.