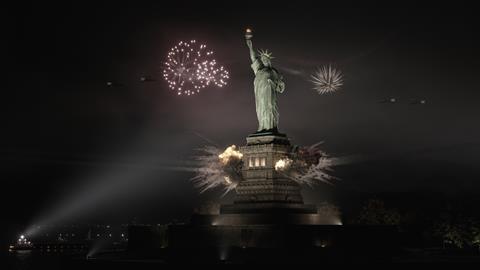 Behind the scenes: The Man in the High Castle

With the fourth and final season of Amazon’s The Man in the High Castle set to launch, Adrian Pennington chats to cinematographer Gonzalo Amat about creating the show’s dystopian noir look. 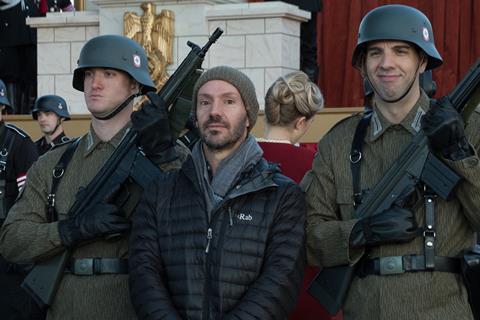 Gonzalo Amat: On the set of The Man in the High Castle

Amazon’s The Man in the High Castle imagines what the world would be like if the Axis powers won World War II. With the fourth and final season streaming in November, IBC365 spoke with cinematographer Gonzalo Amat about creating the show’s retro-futurist look which took its initial cues from executive producer Ridley Scott’s own dystopian noir Blade Runner.

“Ridley has always pushed us to be edgier with our work,” explains Amat. “Prepping for series 3 and 4 he’d say things like ‘use less fill’ or ‘be bolder’ which encouraged us to pursue bolder ideas. Sometimes, guest directors would wonder about close-up shots but we always reassured them by saying, ‘Ridley loves that bold stuff - no need to worry about the conventional shots.’”

Scott has been insistent on a cinematic look to the show from its debut in 2015, urging the creatives to stay away from the visual language of regular TV.

“We’re constantly asking ourselves what we’d do if we were doing a movie,” says Amat who has lensed half of the 40 episodes, with James Hawkinson shooting the other half. “We don’t use zoom lenses so you have to actually place the camera for the prime lens that you have instead of zooming in. The use of wide shots and close-ups are not common for TV. Audiences are very visually sophisticated so they notice and value the effort.”

Blade Runner remains the “bible” in terms of look design, to which has been added references for each season and episode. Season 1 and 2, for example, also drew on The Conformist and In the Mood for Love while seasons 3 and 4, were inspired by Japanese cinema.

“The simplicity of blocking the actors and efficient use of the wide shot was something we recovered from Yasujirō Ozu and Kenji Mizoguchi’s films,” says Amat. “Just in general, we looked at great films from great authors, including a lot of Kubrick’s films all the way to current filmmakers like David Fincher. I personally looked at The Road to Perdition and Revolutionary Road (shot by Conrad Hall) as inspiration for these two seasons. Films like The Assassination of Jesse James guided me on how to approach available light, and Bridge of Spies and The Lives of Others were helpful on how to approach period looks on a budget.” 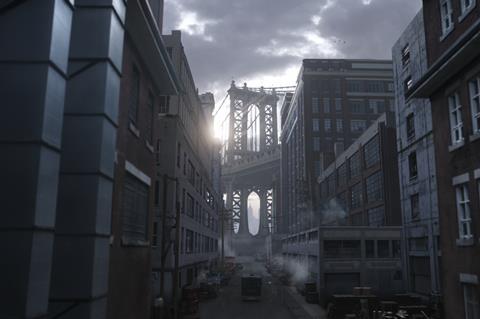 He continues: “My purpose for seasons 3 and 4 was to go back to the basics. To be more expressive and connect with the characters, we created bold frames, graphics, and simpler lighting. We used single source rather than fill light. With more hard lighting in the background and no sunlight on our actors, these were some of the basic concepts used that I have loved since the show’s conception.”

The personal touch
The Philip K Dick adaptation holds particular resonance for Amat who was born in Mexico City to Spanish immigrants.

“My wife’s parents grew up, lived, studied, and worked under Franco’s regime and, as a child, I spent a lot of time in Spain immediately after Franco died,” he says. “Their stories of those times have definitely been an element I used to portray an attempt of having a normal and hopeful life under an authoritarian regime.”

“I have my own account of living in a regime with no democracy, and a government controlled media,” he says. “[MITHC] has felt very personal because of my experience. The fictional world of Nazi and Japanese occupation in the 1960’s feels very similar to Spain during the same time period. In my own research, I have used references from Spain, including family pictures and accounts, from those times.”

While the first series was shot with a Red Epic because they needed 4K footage, they subsequently shifted to the ARRI Alexa, despite its 3.2K resolution. According to Amat, the main reason was the better low-light sensitivity of the Alexa which led to using less lighting on the scenes. 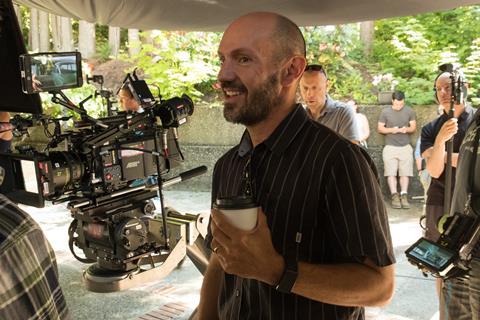 Amat: ”Working in natural light is vital for this project.”

“Working in natural light as much as possible is vital for this project but given the tight turnaround times it can be tricky. Our locations team and production designer [Drew Boughton] have been great about always thinking of windows, orientation, color of walls, and so on, before we even go scouting. It becomes a lot easier if you do that work ahead of time.”

Season 4 is shot on Alexa Mini, instead of the Alexa SXT, so the DPs could make use of the camera’s internal ND filters and its smaller size.

The show is shot on sound stages in Vancouver with various scenes shot on locations in the Californian desert, in British Columbia, farmlands in Denver and various national parks.

“The Nazi-occupied East Coast of the show is designed with de-saturated colours, almost black and white with no red, except for the Nazi iconography. In the Japanese-occupied West Coast, there are more pastels with green, aqua, and warmer tones but they are faded and also de-saturated. In the Neutral Zone, we used faded earth tones and textures reminiscent of Americana. In season 3, which takes place in 1963, we played with the palette inspired by 1960’s US culture which incorporated more colour and sun. With season 4, there were some newer looks too but they were confined within the original design so it still feels like the same show.”

Down the mine shaft
The mine caves sequence in the S3 finale, ‘Jahr Null’, for which Amat is Emmy nominated this year (Hawkinson won an Emmy for his work in 2015), required three different locations, one of which was an actual mine. Amat’s goal was to shoot with the actors’ headlamps and nothing else.

“You can’t put any lights up in the mine since it’s a one-way tunnel so used the headlamps and lanterns from our actors and, with their help, they lit the scene. We used atmosphere smoke and haze in order to create the level of darkness needed and to allow the lights to shine. Our gaffer constructed a makeshift handheld light that worked by bouncing light off of the walls of the mine as the actors moved, recreating a natural movement of light.”

The following tunnel sequence required the visualization of a giant gateway to a multiverse. 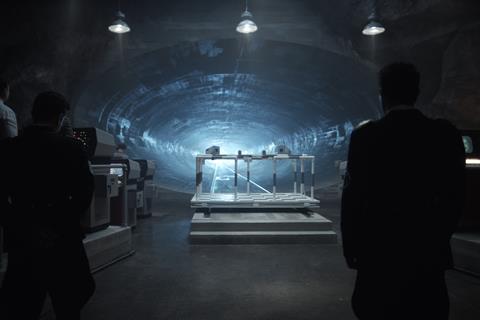 “We had to have numerous meetings about what this tunnel was as a concept and then to make sure that the look of the scene matched the concepts of quantum physics within the story,” he says. “I wanted to achieve lighting that felt almost like plasma. We decided to put a mirror at the end of the tunnel with circle lighting right above it. We then created the effect of space travel by using a blast of light that collectively used more than a million watts. It was a complex setup, but fortunately we had a lot of very talented people come together to execute it.”

The VFX team, led by senior VFX supervisor Lawson Deming, are also nominated for their work on this episode. Jahr Null, or Year Zero, refers to a social engineering plan to erase all traces of American history and identity. Tasks ranged from digitally remodeling cities like New York to appear as an earlier time with added sinister details, to the destruction of the Statue of Liberty in favour of another monument called the New Colossus.

Perhaps unsurprisingly when shooting on location, many businesses objected to hanging Nazi flags and Fascist propaganda so much of this was added in post.

“In the last couple of seasons, I’ve been experimenting with playing difficult scenes in a different way,” Amat says. “Where for example we have a disturbing scene, and you play it like a normal scene, so not darker, moodier, just normal. Sometimes the audience finds it more powerful when you make something disturbing into a piece of normal life.”