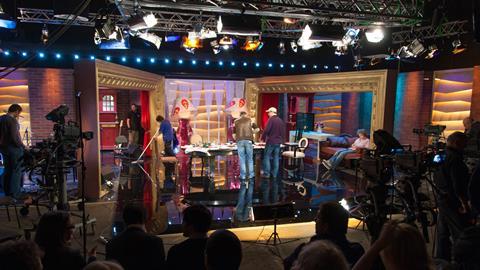 In the age of IP, never has continued professional development been so important for engineers and technicians, writes Stan Moote.

I often hear vendors, media factories, integrators and broadcasters complaining about the lack of skilled staff within newer areas of technology.

When engineers and technologists decide on their career direction, constant learning is a prime goal, yet they are often stifled by a lack of commitment from their employers. This is frequently not just a budget issue; more often than not it becomes a “no time” – “too busy” reason.

In the latest IABM Industry Trends Survey, ‘Development capacity’ and ‘Skills and staff’ are once again by far the biggest factors limiting companies’ ability to fulfil orders and contracts.

These two categories are of course interwoven to a large extent; with the move to software-based systems, attracting software engineers for R&D work is a growing challenge.

These same skills are in high demand in other verticals such as telecoms and IT, and while we like to think that the broadcast and media industry has more ‘sex appeal’ than most other industries, too often the career paths offered by the much larger players in these spaces, as well as handsome remuneration packages, prove to be decisive.

Andrew Jones, Head of Training for IABM points out: “On the ‘skills and staff’ side of the equation, we have a two-way problem. As IP and IT technologies increasingly underpin broadcast and media production and distribution, traditional broadcast engineers have to learn a whole new language.” The answer is not as simple as just importing engineers from an IT background; they need to be trained about the nuances of broadcast and media (specifically live to air) as this requires a whole new approach to system design and operations for them.

The result is that broadcast and media has a yawning skills gap; we need to adapt or our very special and niche industry will rapidly become just a sideshow to the IT-native OTT players such as Netflix and Amazon.

In Asia, our industry is starting to work through this.

This year in March, IABM, ABU and the AIBD came together in Kuala Lumpur for the Tom McGann Memorial Summit on skills and training. The Summit brought together pan-regional representatives from broadcasters, suppliers, academic institutions and training operators to identify ways to tackle skills shortages in the broadcast and media industry.

The Summit Chair, Dr Ahmad Zaki, ‎Group General Manager, Engineering at Media Prima, summed up the conclusions of the Summit in a simple but compelling way: “We face unprecedented disruption from OTT and new web players. This is about digital disruption, and our focus should not just be on current skills but survival. If we do not adapt, and develop the right skills, leaner and more efficient players from the world of IT and IP will displace us.”

Dr. Zaki makes a very valid point, not to be brushed under the carpet: we need to adapt or become history.

Bring your HR people into the loop to find and book either classroom or online training. Make training part of their annual goals – something that they can’t miss out on. 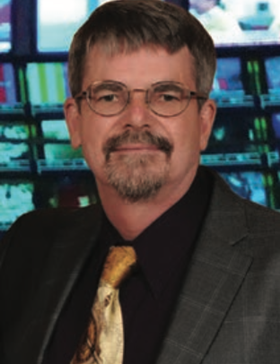 Can IT people learn about broadcast? I asked a large broadcaster that recently put in a full IP installation about his IT staff and he stated that once the IT types learned that video is more than just another data type they got very excited about the business – television is more variable and exhilarating that spending your day working on boring networks and computer servers.

Whether you see it as ‘training to gain’ or ‘learning to survive’, skilling up your staff should be top of your priority list.

Never has continued professional development been so important for engineers and technicians otherwise you won’t keep pace with the digital transformation.

Stan Moote has worked worldwide in the industry for over three decades and is the CTO for IABM – theIABM.org – the international trade association for suppliers of broadcast and media technology.

The IABM is constantly monitoring where the skills gaps lie and have designed a portfolio of skills and education resources to meet this demand. Further information can be found at http://www.theiabm.org/training