Breaking the glass ceiling: Striving for equal pay in the TV industry

Leading executives discuss the gender pay disparity across the broadcasting industry, impactful legislation and changing the system of inequality.

Gender pay bias permeates every sector, but the issue has rocked the broadcasting industry ever since the BBC published what panellists described as the “infamous pay list” in 2017. 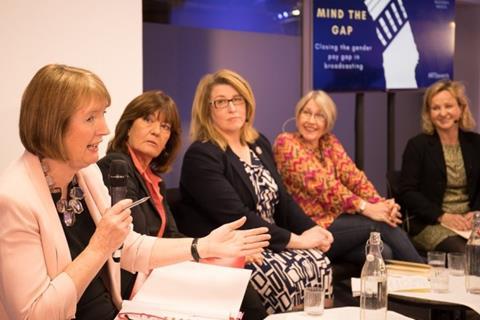 Mind the Gap: Closing the gender pay gap in broadcasting

Broadcasters including the BBC, Channel 4, ITV, Sky and Viacom (Channel 5) under legislation were forced to release the average pay of their workforce, including bonuses.

The data illustrated a huge disparity between males and females and was discussed by panellists during the Royal Television Society (RTS) event tackling the deep-rooted ideology of legacy pay and what can do be done to close the gender pay gap in television.

Of the major UK broadcasters, Channel 4 was reported as having the lowest mean average pay gap between males and females at 28.6%.

Channel 5 reported females were in fact paid 2.9% more than their male colleagues on average.

OBE Expert Equality, Diversity and Inclusion Advisor Charlotte Sweeney explained that whilst the TV industry is not performing significantly worse than other UK sectors it has a long way to go.

However, there are a multitude of examples globally of unequal pay across the television industry.

Corbin’s report for BBC One’s Panorama in March 2018 revealed the BBC paid Martina Navratilova ten times less to commentate the Wimbledon tennis tournament compared with that of fellow ex-player John McEnroe who was named on the list, appearing in the £150,000 - £199,999 bracket.

Data to drive change
BBC Former Executive and Make Productions Founder Sian Kevill said: “I wasn’t surprised because you know from working in the industry. What I found shocking was the transparency and seeing the figures in black and white. 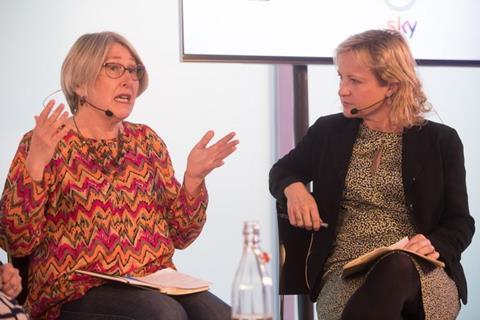 “It is a real jolt to the system and this movement has to drive institutional change.”

Harriet Harman MP, the former Minister for Women and Equality was the driving figure behind the Equality Act 2000 which introduced the requirement of companies who staffed more than 250 employees to report their top earners and their salary brackets.

The aim is to highlight the gender pay discrepancies and drive change across a deep rooted archaic ideology where large organisations have not had to previously hold accountability on equal pay.

“No longer are we interested in the reasons or justifications, it is just pay discrimination” – Harriet Harman

Harman said: “Everyone has been doing lip service and now they need to action it.”

“Shake up is never a bad thing… the outcome needs to be the focus and everyone can work their way around it, all the obstacles are rubbish.

Harman continued: “We should not be discussing it anymore, we should be setting targets to close the gap. 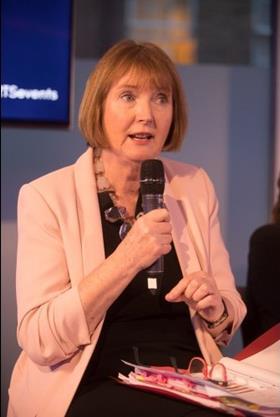 Harman described the extreme discrimination across UK businesses as “rampant systemic discrimination.” She raised the 89% bonus gap between men and women at JP Morgan as a prime example of unfair bias.

She said: “No longer are we interested in the reasons or justifications, it is just pay discrimination.”

Addressing the trend of unequal pay in the broadcasting sector, the promise will be in the transparency and the narrowing of targets year on year panellists agreed.

Harman said: “It is a public policy objective to make equal pay between men and women.”

Kevill who was the former Director of BBC World News and Editor of Newsnight explained as a manager you can rationalise the discrepancies in legacy pay because ultimately you’re trying to conserve as much of the budget as possible.

Corbin added: “Broadcasters can get away with it because it has happened over the years.”

She said: “There isn’t any money [in the TV industry], it is going to cost to make sure these imbalances don’t happen.” 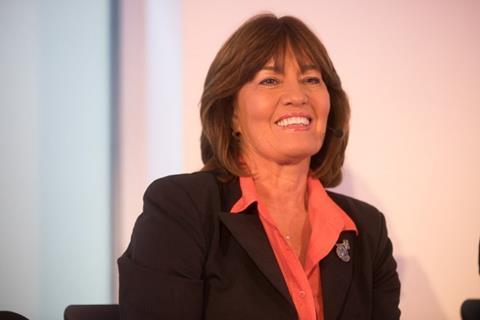 Corbin explained that whilst some male executives have had enforced pay cuts, not all men are going to have this happen.

She said: “The money has to be found which is the most difficult part, especially for public broadcasters like the BBC and Channel 4.”

Kevill recalled when Tony Hall stepped up to BBC Director General in 2013 he “almost imposed” Mishal Husain on the radio 4 Today programme, inserting a female voice in what was an otherwise male-dominated show.

She said: “There is a mentality that if you make one change like that, somehow the trickledown effect will send a flood through the whole organisation.

“The pay gap figures have show that doesn’t work. You can make a totemic change but it didn’t have a broader effect within the organisation.”