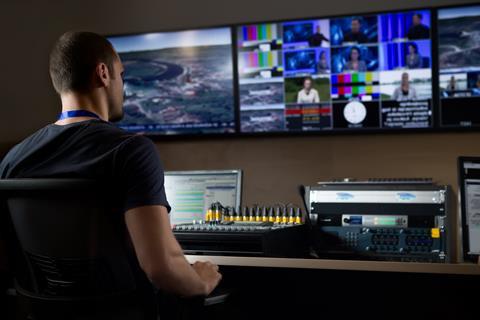 VFX, animation and post-production employees from the European Union are being urged to apply for settled status before the UK introduces a new visa system for working in the country.

According to UK Screen Alliance just over half of EU workers at UK VFX, animation and post-production firms have yet to apply for settled status.

With an estimated 1 in 3 workers in VFX for film and TV and 1 in 5 workers in animation from Europe, the UK trade association which represents VFX, animation, studios, location services and post-production said it was important that they applied for Settled or Pre-settled status to avoid “uncertainty for businesses”. 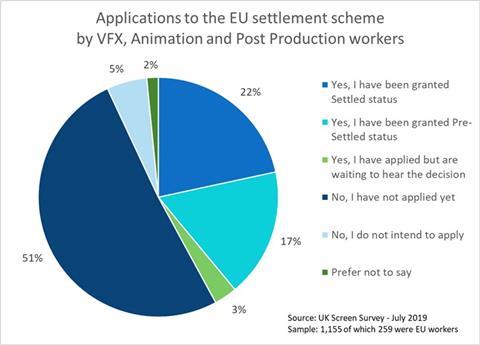 “Europeans with settled or pre-settled status will be at an advantage in terms of employability in the UK after Brexit, as employers will be able to avoid expensive visa costs once they are imposed for EU citizens,” said UK Screen Alliance chief executive Neil Hatton.

“It makes sense to apply even if you don’t intend to stay in the UK long term, as it will keep your options open…whilst we are encouraged that 40% have applied and received a positive settlement decision, the fact that 51% are still to apply creates uncertainty for businesses.”

“Europeans with settled or pre-settled status will be at an advantage in terms of employability in the UK after Brexit,” Neil Hatton, UK Screen Alliance

With the UK set to leave the European Union on 31 October, changes to visas are expected. According to UK Screen Alliance, after 31 December 2020 it is likely the UK will introduce a new visa system for EU citizens who want to enter the UK to live and work.

EU citizens with Settled or Pre-settled status will not require these visas, such as the proposed Skilled Worker Visa, which could cost around £8,500.

UK Screen Alliance is looking into organising a series of information clinics to help EU workers in the sector apply for Settled Status in the UK.