With the deadline to Brexit fast approaching, IBC365 asks leading media executives about the big issues they want government to resolve.

If there were such a thing as a Guinness Book of Records category for political lobbying, the total hours spent by every single industry in pursuit of definite British Government policy guidelines around Brexit would be the new wonder stat. 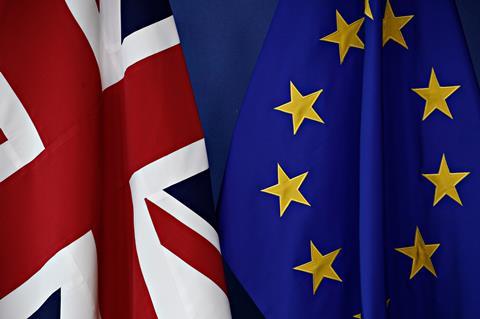 But one single factor – the long and nasty civil war within the Conservative Party over the EU – has made it very difficult for any industry to achieve clarity from the Government about how Brexit will affect their sector.

Huge car brands have lead the way on this without satisfaction, so it is not surprising that key issues are still up in the air for the media industry.

A complex sector
Losing access to EU markets through Brexit could cost the UK’s television market £1 billion (US$1.4 billion) per year in investment from international broadcasters, according to the Commercial Broadcasting Association (COBA).

The UK is Europe’s number one broadcasting hub; because of EU membership, a UK broadcasting licence allows international channels to operate throughout Europe. 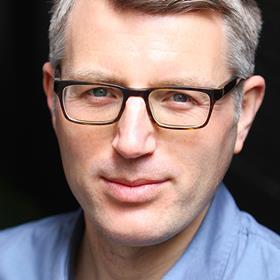 “We need clarity as soon as possible”: Adam Minns

Adam Minns, Executive Director of the Commercial Broadcasting Association (COBA), has just presented to Parliament’s Exiting the EU Committee, and says active contingency plans are a must.

“The main priority is access to EU markets for international channels, then we want access to, and the free movement of talent, data flow rules, and Creative Europe funding programs.

“A no deal would leave broadcasters having to obtain a license from another member state in order to continue broadcasting,” he added. “That would take between three and six months to do because you have to restructure your business. So we need clarity on the transition period as soon as possible.”

Minns says are three main areas where international broadcasters in the UK invest – content production, jobs and overheads, plus technology and postproduction.

“Production is safe because broadcasters need content to fill channels, wherever they are based. Where you are licensed has nothing to do with where you commission. However, the other two thirds of that investment are absolutely in the firing line,” he added.

Issue two for COBA is access to EU talent on different levels. “First of all 15% of our staff are EU nationals. There is a debate about training more British people, but this is not a training gap issue for us,” said Minns. “If you are broadcasting from the UK to Italy you need people who understand the Italian market, and not just speak Italian.”

Minns says it is not just a question of being able to employ EU nationals, but for broadcasters to employ quickly and not spend months trying to secure visas. “This cuts both ways, because EU countries want UK people, who are highly skilled, working on their productions. That is another big issue for us.

“I want government to give us a clear idea where broadcasting stands, to say it will be ambitious with broadcasting, and say this is what we propose.” Adam Minns, COBA

The politics of Brexit
The Creative Industries Federation (CIF) has a long shopping list of priorities for government.

The CIF’s response to Mrs May’s whitepaper listed as priorities the customs union, single market, ease of movement for short term freelance talent, and reciprocal access to the EU for talent to tour, shoot or perform. 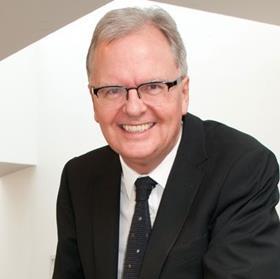 Alan Bishop, the CEO of the CIF, says: “If we got the main ambition, free movement for talent, that helps most of the other things. This group spans the whole of the creative industries, which is two million people.”

Contingency planning is a major issue for the big organisation members of CIF.

“There has been great frustration and quite rightly; our job is to urge the government in the first instance simply to provide more detail about its proposals for a deal. The whitepaper had a lot of good intention, and it covered quite a lot of the ground that is of concern to CIF, but it did not have crucial detailing,” said Bishop.

On the ‘train British people’ argument, Bishop said: “Free movement of talent is what has made the creative industry the great success story that it is. There is no way that people are coming in and taking away jobs from British people. It builds business, which provides more jobs in total, and that is why it is growing so fast. It needs that appreciation.”

“The creative industry is very concerned about the mobility of talent.” Alan Bishop, Creative Industries Federation

Crewing up crisis
Phil Dobree, Managing Director of VFX and animation firm Jellyfish Pictures, says the Brexit debate has been dominated by arguments that have diverted attention from key issues for businesses like his. 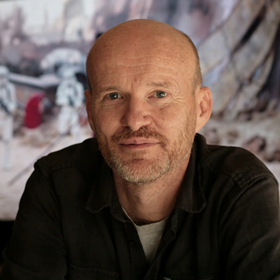 “We have the talent”: Phil Dobree

“The issue we have is that the ‘red line in the sand’ from Mrs May is freedom of movement. She will not budge on that,” he said. “There is a misconception amongst the Brexit electorate that we are not a service-based economy, and the labour that is moving into this country is unskilled; and that any skilled jobs being taken should be there for British people.

“The problem is that ‘British’ is not totally fit for purpose. You cannot create cutting edge global industry with just UK talent. What makes us great is we have had access for decades to the best talent pool in the world – the EU. That has made us greater in all trade sectors,” he added.

Referring to a UK post production sector that is largely based in and around Soho in London, he said: “Through what we do with VFX we’ve become one of the go to areas in the world. We fought hard at that, and we also have the tax credits to attract the work.

“What makes London great is we have got half the tax credits as Canada but we have the talent, and the talent wants to be here. We have a fantastic skilled talent pool, and the one crucial thing is quick access to visas,” he added. “It has to be immediate: if we have a job that is starting up and we need to recruit 20 people in a week we have to go to Europe to find that talent.”

Dobree has fantasised about pop up studios in the Canary Islands or Berlin, or a EU base in Dublin, but the immediate past is a weight.

“We are reliant on talent to keep our economy thriving.” Phil Dobree, Jellyfish

“Historically we have been hampered by infrastructure in terms of where we set up. It’s not a cheap thing. You cannot just pop up an office like you might if you are in publishing or finance. We deal in images and frames, with a lot of data going back and forth,” he said.

Fear for any future in the UK is a big issue with EU staffers, and Dobree has employed EU lawyers specialising in immigration to consult with them. His worst nightmare is losing the ability to crew up quickly. Spending lots of time on any red tape around visas is a common calamity facing the whole production/post industry, but Jellyfish Animation, with almost 50% of its staff being EU nationals, leads Dobree to be an enemy of Brexit.

“Business is left as the ones being kicked and not listened to,” he said. “I cannot say there is any good outcome from Brexit. Anything good will be despite Brexit; it is a waste of time and effort, and it is tying my hands behind my back. In the end it is going to disable us rather than enable us; it is the dark ages.