BritBox launches in the UK with C4 deal 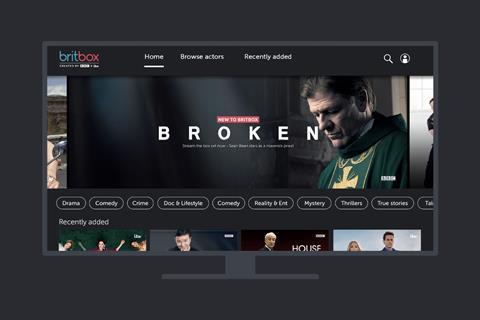 UK streaming service BritBox has gone live across the UK today announcing a deal with Channel 4 for British TV box sets and films.

BritBox is a subscription service that was unveiled earlier this year by the BBC and ITV, which will host archive and new TV series from the broadcasters along with shows from Viacom-owned Channel 5 and Comedy Central.

The service will bring what it describes as the greatest collection of British boxsets with the finest homegrown talent to viewers for £5.99 a month in HD and across multiple devices.

The three-year deal with Channel 4 will see more than 1,000 hours of comedy, drama and non-scripted programmes from across the channel including its on-demand offering All4 and Film4 content, as well as new series set to launch in 2020.

BritBox will be the home to All4 content from Spring 2020, with new series available 31 days following transmission of the last episode on Channel 4, and Film4 is set to follow later in 2020.

BritBox is the UK’s answer to the Silicon Valley giants and increasing global streaming competition. A similar service, also called BritBox, launched in the US in 2017. ITV and the BBC also launched the service in Canada.

Channel 4 chief executive Alex Mahon said: “Channel 4 has always showcased distinctive and diverse British content and, in a world of almost unlimited choice, our public service brand values are more important than ever for viewers.

“The opportunity to collaborate as PSBs on BritBox extends our track record of partnership and will ensure there is a compelling single destination for the very best high quality, home-grown content.”

Samsung will be the first TV to launch the BritBox app and have agreed a co-marketing partnership that will see BritBox featured as a ‘Recommended App’ on Samsung Smart TV’s and joint marketing activity taking place this quarter.

Samsung Electronics UK vice president of TV and AV Guy Kinnell said: “We have an ongoing commitment to provide the greatest experience to our customers, including offering the best range of apps currently available.

“BritBox provides a new way to access the best of British content exactly whenever they want which consumers can experience on Samsung before any other Smart TV platform.”

British telco BT has also partnered with BritBox to create a range of products and offers that feature access to BritBox for millions of customers across its brands and services, and as part of the deal EE will be the exclusive mobile partner for BritBox.

BT and EE will share more information about the products, services and marketing that will include BritBox in the coming months.