The pandemic-fuelled shift to remote working has changed the emphasis of IP migration, although it’s clear that SDI will continue to play an important role in broadcast for years to come, writes David Davies. 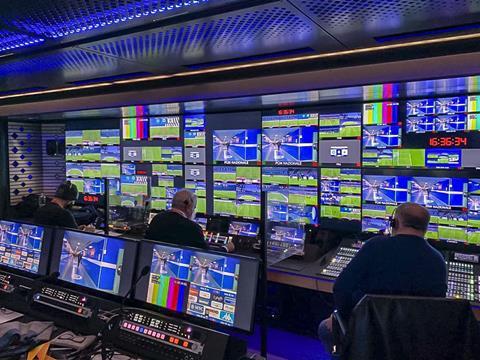 As with other facets of the broadcast industry, it is likely that the pandemic will ultimately be seen to have brought both positives and negatives when it comes to connectivity and networking. On the negative side, there is a widespread view that, due to a combination of practical challenges and financial pressures, there has been a slowing down of major upgrade projects, many of which would have involved IP networking implementation. On the positive side, the case for IP as a facilitator of remote production and more flexible working patterns has been underlined in these days of social distancing.

But in making these observations, it’s important to also make the distinction between compressed and uncompressed workflows, as Pebble director of sales and marketing Alison Pavitt remarks: “In terms of the trajectory, some of the larger infrastructure projects have been somewhat delayed over the past year, so as far as uncompressed IP projects go we are perhaps slightly behind where we might have expected to be at this point. However, when it comes to compressed IP and public cloud deployments, there’s no doubt that the pandemic has broken down some of the barriers and that IP has played a huge part in enabling remote workflows during this time.”

For this overview, though, we’ll focus on the larger-scale broadcast centres and OB facilities, where it seems that the benefit of a hybrid infrastructure – neatly summarised by Pavitt as “the ability to integrate existing workflows and technologies with new devices and technologies as part of a managed transition” – will continue to be appealing for some time yet. 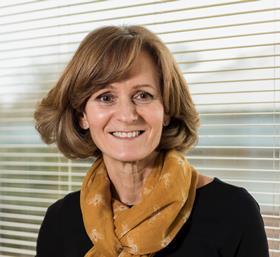 A period of transition
Riedel Communications has long been positioned as an enabler of broadcasters that wish to benefit from the flexibility of the IP world, while also acknowledging that, in the words of its own marketing literature, we ‘continue to live in a world built from SDI bricks’. Consequently, it has evolved ranges such as the MediorNet family of video networking solutions that allow customers to use both SDI and IP, and to undertake migration to the latter at a pace with which they are comfortable.

Renaud Lavoie, senior vice president technology at Riedel, observes: “We are in an interesting period of transition [regarding the shift to IP]. Of course there have been early adopters who are very tech-driven and have really jumped on IP as being something they wish to implement in a large-scale way. But there are also plenty of companies who realise that a hybrid infrastructure can work very well for them.”

Cameras and displays are among the equipment types for which SDI remains in heavy use. Lavoie also indicates that an SDI-centric approach can still be the best choice for “tier 2 or 3 operations where they may just have a small studio or installation and IP doesn’t necessarily make sense on an expenditure level”.

He agrees with the suggestion that the pandemic will impact on the ability to overhaul technical infrastructures: “Certainly you are going to see broadcasters who are under pressure in terms of costs.” 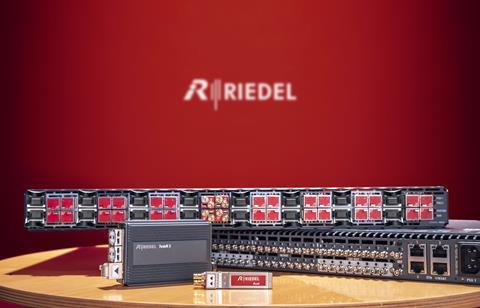 Riedel: A vocal supporter of NMOS has implemented into its MediorNet range

Moreover, while Lavoie readily acknowledges the momentum behind IP-based transportation in the wake of the SMPTE ST 2110 standards, he believes that there is “still a way to go in terms of the whole control side of IP-based installations”. To this end, Riedel has been a vocal supporter of the Networked Media Open Specifications (NMOS) initiative – which provides a control and management layer in addition to the transport layer provided by ST 2110 – and has implemented NMOS into ranges such as MediorNet.

Lavoie also reveals that the company is “collaborating with broadcast control system manufacturers in order to ensure ease of control and interoperability of MediorNet as well as our intercom systems and other products in our portfolio”.

‘The IP trajectory is growing in a different way’
As founder and CEO of Open Broadcast Systems and a director of the RIST Forum – which supports the adoption of the Reliable Internet Stream Transport (RIST) protocol – Kieran Kunhya is well placed to chart the transformative effect of the current crisis. “As much as I’d like to not talk about the pandemic,” he remarks, “it’s definitely changed the short- to medium-term focus on IP in a central facility to using IP for remote production or cloud production. So, the trajectory for IP is still growing but it’s growing in a different way to the way it would have.”

Invited to consider the project types where IP is now considered a default choice, Kunhya points to large facilities – “512 squared is a number people are using as a rule of thumb” – and businesses where scalability is highly valued. “IP allows for scaling up facilities much easier than SDI, which is important as consumers have an insatiable appetite for content,” he says.

“IP allows for scaling up facilities much easier than SDI, which is important as consumers have an insatiable appetite for content,” Kieran Kunhya, Open Broadcast Systems

“This was a massive endeavour taking several years,” says Kunhya. “It allows for very high density, 64-channels in 2U – with traditional SDI decoders this would take 1.5 racks. It also allows end-users to spin up additional encode and decode capacity as they need without having to re-cable – something that was useful during the pandemic.” 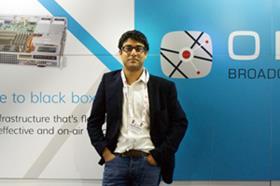 These same encoder/decoder products are also being utilised in Livelink, the IP delivery solution developed by Cerberus Tech. Livelink is an internet-based product designed to move live content from source to destination without the need for expensive traditional infrastructure and services. Chris Clarke, CEO and co-founder of Cerberus Tech, echoes others’ sentiments in highlighting the recent growth of IP in connection with remote production.

“As the events of the last year have unfolded, there has been a growth in remote production and a willingness to experiment [with workflows]. This has led to an acceleration in the use of these technologies across the industry,” says Clarke, who points to the increased deployment of technologies including RIST and the IP-based live video platform Zixi.

Bridging the gap between IP and SDI
For the foreseeable future, it’s likely that many solutions developers will be enabling the underlying shift towards IP while also accommodating the continuation of mixed IP/SDI environments. Take Pebble, for example, whose integrated channel solution “can bridge the gap between IP and SDI, with both SDI and IP inputs and outputs offered in a single solution to cater for hybrid infrastructures”, says Pavitt, who goes on to cite Pebble Control, a recently launched IP connection management solution.

Pebble Control focuses on “the potentially complex problem of routing and switching IP signals around the broadcast facility or OB truck”. Operated using web-based UIs, Pebble Control “leverages open standards to interface with NMOS-enabled devices from multiple vendors, and it’s simple to reconfigure when interconnections change, or when devices are added or removed”.

Bryce Button, director of product marketing at AJA Video Systems, confirms: “There is a lot of hybrid stuff going on at the moment, and perhaps to a greater degree than some broadcasters had initially planned – the number one reason being that if you have a lot of legacy equipment you might not be in a position to abandon all of that and undertake a complete swap-over, which can be very expensive.”

“There is a lot of hybrid stuff going on at the moment, and perhaps to a greater degree than some broadcasters had initially planned,” Bryce Button, AJA Video Systems

As well as offering an extensive IP solutions range, Button confirms that AJA’s solutions for 12G-SDI – which offers eight times the bandwidth of HD-SDI – are in strong demand. “12G-SDI has really gone off the charts for us,” he says, highlighting its “ability to handle high frame rate and deep colour 4K/UltraHD signals over a single cable, including up to 100/120fps.” Recent additions to its range in this area include the OG-DANTE-12GAM, providing a 12G-SDI embedded audio to Dante audio bridge.

Button is not alone in pointing out that, in OB world especially, a lot of companies have been using the pandemic-related downtime to review their inventory and begin the next phase of their development. Once these projects start to reach fruition, we should have a clearer sense of how far and fast the migration to IP is going to proceed; for now, however, it’s safe to assume that SDI will remain a core broadcasting technology for a long time to come.

Content Everywhere will be moving to the newly-developed, purpose-built Hall 5 in 2021. This new location will house exhibits showcasing the very latest emerging technologies around multi-platform delivery, OTT and the monetisation of content.