Broadcasting theatre on the big screen

The National Theatre is home to world-class productions and performances, but how are the plays broadcast to cinemas around the world?

National Theatre Live, which celebrates its 10th anniversary in June, has thus far drawn 8.8 million people to some 91,000 global cinema screenings of 74 productions. 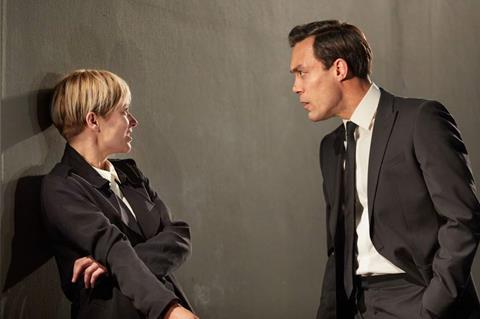 The majority of these have been shot live and delivered live from the National Theatre on London’s South Bank, but many co-productions have come from the Almeida Theatre, Donmar Warehouse, The Young Vic, The Old Vic, Nottingham Playhouse and via several West End partners.

So how does the NT Live operate technically and creatively around what are satellite delivered broadcasts?

Revising the script
Technical producer Chris Bretnall, who heads his own company Creative Broadcast Solutions, is a veteran of all 74 NT Live productions, 120 Met operas, 50 Royal Opera House productions, 30 Bolshoi ballets and 30 Royal Shakespeare Company shows, he explains a tried and trusted routine recently used on I’m Not Running – a play by David Hare which ran until the end of January.

“Our core way of doing the rehearsal involves the whole team. Heads of department go to see it when it hits the stage, and we then do a scratch recording. We do a camera script from that, and test it at the first rehearsal with full facility on camera,” says Bretnall.

“We then revise the camera script and watch how that went in the cinema, essentially how it translated from an OB-style environment. We revise the first and then do the second rehearsal, only doing mini revisions overnight.”

Bretnall is a fan and five-year user of UHD. “The system gives us the trilogy of greater resolution with the pixels, a colour space we can exploit with digital cinema projectors, and it gives us HDR,” he says.

“We keep pace with the camera technology: after starting with the Sony BVP-950 we now use the Sony HDC-4300 as appropriate for our HDR captures, and we use the Sony F55 when we want that filmic lack of depth of field look.

“A lot of what we do is OB-style production with the 2/3-inch chip cameras and OB lenses for a multi-camera shoot.

“It feels as fresh to me even now because technology evolves and enables us to explore different ways of capture,” he adds.

The satellite test for NT Live is quite unique too.

“Because we are dealing with cinemas, and their core business is not broadcast, we have to give them a chance to set their projectors to a non-standard film format of 16:9, and to integrate their live receivers,” he adds.

“This is stuff that is fairly alien for the less practical in the cinema world used to handling a DCP, so we always do a 60-minute test the day before the broadcast. This enables them to get their equipment set 24 hours ahead, and the same satellite then hits all the cinemas in 30 plus countries.”

One of the obvious necessities is to make the production work for TV-style lighting, so how much does the theatrical rigging change on live day?

“It is slightly modified; we scarcely make wholesale changes to lighting rigs in any of the productions we do, whether it is ballet, opera, or theatre,” says Bretnall.

“We did a vocal mix from scratch, and then brought all the elements together. On a Hollywood movie you might spend six months in post dealing with this!” Chris Bretnall

Stage lighting
The frequent changes come with levels or cue timings, the latter being important so lighting changes are not happening on shot changes. 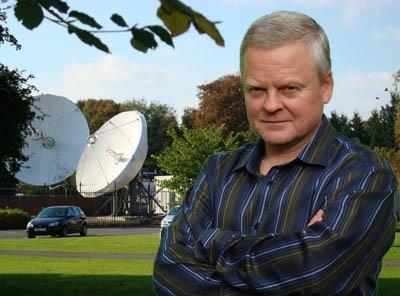 “Every production is a challenge in that it is a brand new set, with a brand new cast and brand new content,” he added. “There is a lot of scope in audio capture that we can explore, with Dolby Atmos gaining ground in theatrical releases. We look to experiments by Sky and BT Sport but as we are a live broadcaster presently we have to deal with the lowest common denominator of the place we are going to, and that is Dolby Digital 5.1.”

The production of Sondheim’s Follies gave Bretnall some audio kicks. “It was a massive cast plus live band, and we took splits from every one of 200+ sources and mixed it all from scratch.

“We had several pairs of hands in the mix bus, and one person was dedicated to mixing the band; we did not take a band mix from the theatre, we mixed it from scratch. We did a vocal mix from scratch, and then brought all the elements together. On a Hollywood movie you might spend six months in post dealing with this!”

Global broadcast
Senior producer Flo Buckeridge’s duties are the rights and distribution aspects of NT Live. She says: “We try and schedule one broadcast a month, but sometimes this does not happen because of scheduling or an opportunity falls through…from when we started we are in masses more cinemas. Globally, depending on the title, we hit 2000 to 2500.

“We are unusual. Unlike the NT which has all the box office data and lots of information about who books, we do not know who books at cinemas because they manage their own box offices. So we do not know a huge amount analytically about our audience,” she adds.

NT Live does know about its net profits, and it has done wonderfully well with its educational gambits. 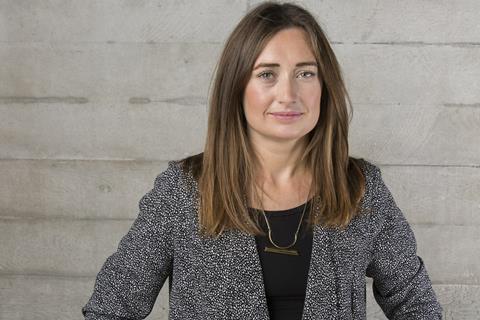 “The net profits are shared with the artists via a royalty pool, and what is retained by the NT goes back into funding the theatre as a whole. This could mean any manner of things – our learning programme, sets, costumes, the stages, or the integral work of the building,” says Buckeridge.

“Our on demand in schools platform has been running free at the point of access for all UK primary and secondary schools, and we have about 11 titles on there at the moment,” she adds. “That has been enormously successful, and we are in over 60% of UK state secondary schools.”

Does NT Live replace the experience of being in the theatre?

“What we do is replicate that experience as much as possible, and I think it is a sort of hybrid art form, or a different experience in its own right,” says Buckeridge.

“We are really aiming to give a share of the breadth of the work, so a range of different types of production that will appeal to the widest possible audiences.

“It is all about a sense of the range of works on stage, at the National and outside the building. We continue to be committed to the cinema model and the theatrical release, because we believe that is the best thing for replicating the experience you get in the theatre.”