Capturing the first - and last - small steps on the Moon

NASA has always known the value of good publicity so, as well as the towering technological achievement of the Moon landings, it also put huge efforts into making sure the American public got to see them happen in realtime. 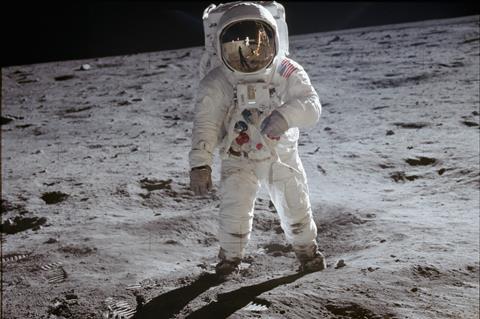 One giant leap for mankind: Apollo 11

As the blizzard of Apollo 11 50th Anniversary commemorations have proved, there are few achievements that echo down the decades quite as loudly as those few, brief steps humanity has left on the lunar surface. All in all, across the space of six missions, 12 men spent around 80 hours outside on the Moon’s desiccated regolith; and from Neil Armstrong’s first descent of the ladder in July 1969 to the final moments of the Apollo 17 Landing Module (LM) launch in December 1972, the lunar missions produced as much live television as NASA could persuade the networks to carry.

When it came to analogue photography, the Agency was already in a league of its own. In fact, it was so good that it deliberately downrezzed some of the pictures captured from the mid-60s Lunar Orbiter program designed to map out landing sites on the moon in case the Russians got wind of just how good it (and therefore, US spy satellite capabilities) was. These were essentially flying photobooths, which took pictures and developed the 70mm film in lunar orbit before the pictures were in turn raster scanned and transmitted back to ground stations on Earth.

And, of course, the high resolution iconic images of lunar exploration that are indelibly ingrained on the cultural consciousness were captured with the dozen Hasselblad HDC analogue cameras that still litter the Moon’s surface, weight margins for the return joinery being so fine that only the film was brought back to be developed.

Television though was a different challenge and one that was very much constrained by bandwidth. Given that a lot of the data that was being transmitted from the LM back to Mission Control was literally mission critical — voice, telemetry, biomedical etc. — the video signal was only allocated 500Khz of the available spectrum. The commercial television of the time in the US was used to transmitting 525 scan lines of data at 30fps in 5Mhz, so the problem was a significant one.

The solution, as ever, was to use less data, and special cameras were developed separately by RCA (for the Command Module) and Westinghouse (lunar surface) that took pictures using 320 scan lines at 10fps. These satisfied the 500Khz requirement, and RCA also developed a scan converter to sit in the three tracking stations dotted around the world selected to receive the feed and convert it into a signal broadcast networks could handle.

As well as general hardening for the extremes of the lunar environment, as you would expect there was some clever tech inside of these cameras. The Westinghouse unit in particular used a classified piece of equipment developed for low light missions in the Vietnam War to cope with the high contrast between the sun-drenched lunar landscape and the extreme blackness of space beyond. This let it depict moving objects in low light levels without smearing and distortion. 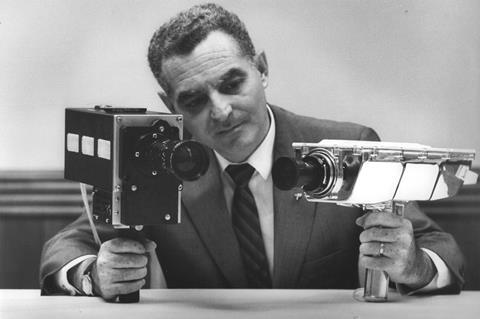 Cameras: Specially developed to capture the moon’s landscape and cope with the extreme blackness of space

To capture the historic moment of Armstrong’s first steps, the camera was housed in a shockproof and heavily insulated mount on one of the Lander’s externally mounted equipment bays. This was unfolded via the high-tech expedient of Armstrong pulling a lanyard while exiting the lander, with the lens of the camera poking through a thermal blanket and aligned to the ladder. Inside the Lander, Buzz Aldrin hit a circuit breaker, turned the camera on, and history was duly recorded.

From first to last
For the final three missions, the J missions that were designed to spend three days on the surface and included a Lunar Roving Vehicle on the manifest, RCA developed and supplied colour TV cameras to NASA’s strict weight and volume constraints. And perhaps looking ahead to the end of the program, the Agency tried to capture the last three lift-offs from the lunar surface with a camera mounted on the LRV that was parked and abandoned 145 metres from the Lander.

The cameras could be panned and tilted from Mission Control, but it was felt that the one-second delay would make the task too difficult to accomplish. So an automatic mechanism was developed and it was down to a NASA camera operator in Houston to get the timing just right and simply press a button; the engine would ignite, the explosive bolts would sheer, and the camera would follow the LM up into the blackness.

It was lucky they had three attempts. For Apollo 15 the mechanism malfunctioned and all that was captured was the LM accelerating upwards out of the frame. Apollo 16’s final moments suffered a similar fate, but this time because the astronauts had parked the Rover too close to the Lander. And then finally, on Apollo 17, it all worked perfectly.

Given the significance of the event, it’s good that it did. Few people watched, however. Persistent rumour suggests that by the time of the last mission NASA was having to pay the networks to cover the mission for a jaded American public. And, in the end, humanity’s last moments on another solar body for 47 years (and counting) were simply shuffled down the running order on that evening’s news reports.

Tape expectations
There is a significant corollary to humanity’s televisual adventures on the Moon, though, and that is that the pictures that we are used to seeing from that first landing are much, much worse than the ones the equipment actually delivered.

Three earth stations around the world were scheduled to accept the live feed, Goldstone in California, and Honeysuckle Creek and Parkes in Australia (the last being immortalised in the fictional but still entertaining account of the Apollo events in the movie The Dish). The plan was to convert the signal on site using the RCA equipment, then send it to Houston via a mix of microwave links, communications satellites, and analogue phone landlines. Meanwhile engineers at the tracking stations would tape the original telemetry, including the video signal, onto one-inch magnetic tapes for backup.

Inevitably, degradation was introduced at every step of the relay process (for just how much, see the comparison photographs on the Honeysuckle Creek tribute website), meaning the recordings we have been left with are several generations removed from the originals and even in some cases recorded by kinescope (i.e. pointing a film camera at a TV monitor).

None of this would have been a problem if the original one-inch tapes had survived. But, and this is rapidly becoming a multi-generational saga, the 45 back-up tapes from the three stations were all posted off to the Goddard Space Flight Centre in the US and have never been seen again.

“None of this would have been a problem if the original one-inch tapes had survived. But they were all posted off and have never been seen again.”

Various newly found bits and pieces of footage — a copy made in a Sydney switching centre, some Super 8 film shot at Honeysuckle Creek — were put together for the 40th Anniversary and enhanced by Lowry Digital, but the originals have remained stubbornly lost. Quite what happened to them is a matter of both crackpot conspiracy and conjecture, but the best guess is that they were simply mistakenly repurposed by NASA at some point in the early 1980s to help address a chronic shortage of one-inch tape for recording data from satellites such as LANDSAT across the organisation.

Interest in all things relating to the footage remains high, however. Some new tapes have recently been located from the Apollo 11 EVA that were recorded onto 2-inch videotape in Houston, and eventually ended up in a government surplus auction where they were bought by a NASA intern in 1976. Several generations closer to the original signal than the majority of existing Apollo 11 EVA material, they are up for auction on 20 July and expected to raise between $1m - $2m.

Happily, the problems caused by the bespoke picture format were not to surface again. The whole Apollo 11 experience convinced NASA engineers that conventional broadcast standards could be supported in lunar missions, and all subsequent missions were captured at a far more regulation 525 lines and 30fps. And, though we might not have been back in almost 47 years, with recent live broadcasts from the ISS taking place in UHD, you have to hope that by the next time we go back cameras will be capturing every moment in the exquisite detail we have become used to. And, with current technology being what it is, a significant amount of the planet’s population will be able to record it, preserve it, and marvel at the achievement all anew.