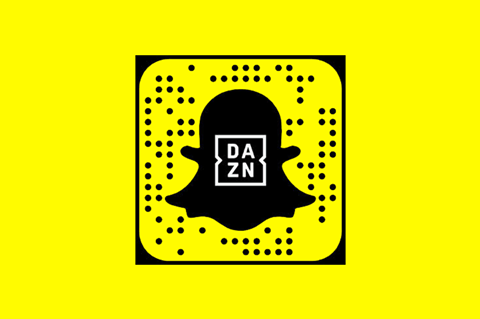 OTT sports streaming service DAZN has confirmed its partnership with Snapchat including two new series and behind the scenes access, highlights and recaps for boxing fans in the US.

The deal aims to promote its boxing content featuring live updates and highlights form the boxing events as well as a weekly recap of the fight week.

The new programme DAZN Fight Week will premiere on Snapchat’s Discover page in the US on Monday 28 October with new episodes set to air every day in the week leading up to Canelo Alvarez’s fight on the 2 November.

According to Round by Round Boxing, “Notably, this show marks the first time Snapchat will have in-progress premier boxing highlights on the platform.”

Three of the daily episodes will be edited versions of the documentary series 40 Days: Canelo vs. Kovalev, which DAZN produced with LeBron James’ media company Uninterrupted and premiered on YouTube on 22 October.

DAZN will edit 40 Days for Snapchat by cutting the 10-minute episodes to between four and five minutes.

“These shows were specifically developed to leverage the Snapchat platform and highlight the sport’s most thrilling moments. Viewers can expect everything from quick cut highlights on fight night to exclusive access from a fighter’s locker room moments before a bout.”

DAZN Fight Week and DAZN Fight Night will immediately continue in the week leading up to KSI vs. Logan Paul 2 – the rematch of the two YouTube personalities on 9 November – with new episodes airing beginning 4 November that feature a similar mix of highlights, behind-the-scenes action.