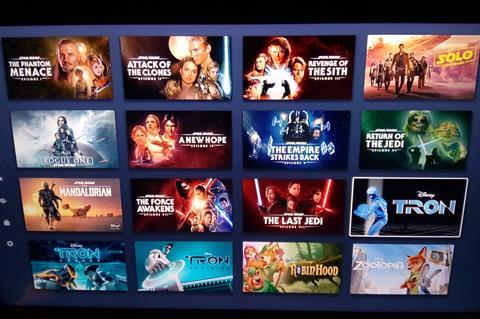 The anticipated streaming service by Disney has launched in the US and Canada this week with a slate of technical problems which the company blamed on high demand.

The Walt Disney Company launched Disney+ in what chief executive Bob Iger described as “a historic moment for our company that marks a new ear of innovation and creativity.”

As Disney positions itself to take on Netflix and Amazon, its inauguration into the streaming market was hit with technical glitches with consumers taking to Twitter to complain of troubleshooting messages and account issues.

Not too surprised but @disneyplus looks like it's already falling over. On FireTV Stick can't load main page (Unable to connect to Disney+) and couldn't play The Mandalorian (some account issue). Hopefully it's worked out by tomorrow's treadmill time.

In a statement, Disney said: “The consumer demand for Disney+ has exceeded our highest expectations. … we are aware of the current user issues and are working to swiftly resolve them.”

The total number of users affected is unclear and the company said it is working to ensure the glitches do not return to the new streaming service, which is competitively priced at $ 6.99 a month and boasts a catalogue of more than 500 movies, 7,500 TV episodes as well as new programming including the Star Wars spin-off The Mandalorian.

IBC365 reported on Disney’s foray into the crowded market. Analysts agreed while Disney’s content offer is unrivalled, the House of Mouse needs to be careful not to be perceived as a service for young kids and their parents.

Enders Analysis’ Tom Harrington also questioned Disney’s technology offer, which has been overlooked with its content strategy the main talking point of the service.

Netflix has spent a cumulative $5.4 billion on technology and development since it launched its streaming service in 2007, and Harrington argued that Netflix is “years ahead in online content distribution technology and data management.”

Disney+ is expected to launch in most major global markets within its first two years.

Next week it is set to launch in Australia, New Zealand and Puerto Rico, while Disney+ will launch in markets across Western Europe—including the UK, France, Germany, Italy, Spain and a number of other countries in the region—on March 31, 2020.