Disruption is only going to get worse

Delegates to IBC’s Leaders’ Forum were warned that if they thought they had already seen the worst of the disruption in broadcasting markets they were wrong. Much worse is on the way with Netflix, and increasingly companies such as Apple, leading the charge. 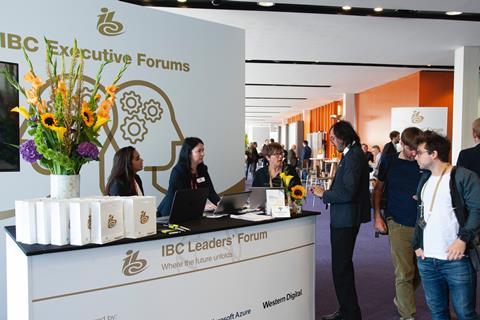 Netflix may already have 140 million subscribers but that “could easily double over the next three to five years,” according to a West Coast broadcasting specialist.

If such growth happens that would give the company almost unimaginable firepower which would totally dwarf the individual national public service broadcasters of Europe.

The unequal nature of the battle, even before future growth, was highlighted by the fact that Netflix already employed 3,500 engineers and were planning to add a further 500.

“Only the BBC with 3,500 engineers can begin to match that brainpower,” the executive argued. The other public service broadcasters of Europe lagged a long way behind in terms of scale.

This is the eighth IBC Leader’s Forum, one of three forums being run this year with the others devoted to cyber security and telecommunications. All are subject to Chatham House rules which means individual speakers are not identified.

According to the speaker, who has worked for the US tech companies, they are now looking longingly at the four hours a day that the average consumer watches television - and the associated revenue - and want to get their hands on a large slice of the viewing and the money.

Trying to out Netflix Netflix is not a good idea, though. “It will be a difficult one to pull off,” he said.

One possibility for the public service broadcasters is to concentrate on local, as opposed to international programming. The trouble is Netflix had already started down that route.

That left only two main remedies for existing media organisations.

”It’s about business models rather than scale”

One is the dash for scale which the industry is already seeing though mega-mergers such as the AT&T-Time Warner deal and the current multi-faceted battle involving Disney, Rupert Murdoch, Sky and Comcast which should finally come to a head next week.

The other is the urgent need for formal rivals to become partners as quickly as possible.

In the UK, there are separate catch-up services run by the BBC, ITV, Channel 4 and Channel 5.

To begin to compete effectively there should be ” single seamless catch-up platform.”

Another equally experienced media executive took a markedly different view on both the absolute need for scale, or indeed the inevitably of defeat at the hands of Netflix.

“Does Disney really need more scale? It’s the best content and the best business model that will win in the end,” the executive said.

Taking the case of sport, the business model had changed from advertising funding to pay TV setting the pace.

Would that move on to a company like Amazon funding sports broadcasting “by selling more shoes and toilet rolls,” the executive asked.

Perhaps, but that was not the same point. “It’s about business models rather than scale per se,” he argued.

The same executive displayed some scepticism about the business model that funds Netflix. For the moment the capital markets are happy to fund a company with large debts which would probably not reach cash flow profits until 2022-3 he claimed.

Would that support inevitably remain constant? The jury was still out on that, argued the executive who added that Netflix has not yet managed “to square the circle.”