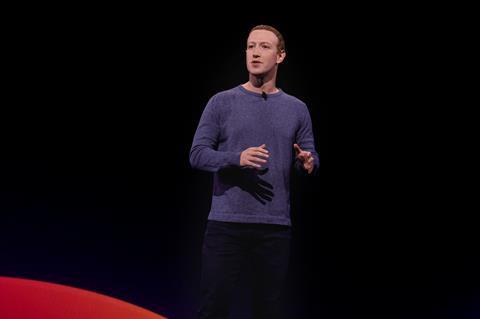 Facebook’s F8 annual conference has been cancelled amid growing concerns around COVID-19 with the firm planning to replace the in-person event with locally hosted highlights.

In a statement on its developer website confirming the cancellation, Facebook said the decision was made “in order to prioritise the health and safety of our developer partners, employees and everyone who helps put F8 on.”

F8 was due to take place on 5-6 May and joins a slate of events cancelled and or postponed due to the feared growing health concern of Coronavirus turning into a global pandemic.

Mobile World Congress was set to take place in Barcelona this week with organisers calling off the exhibition and conference after a slate of its key exhibitors pulled out. Oracle Open World and China Content Broadcasting have both also been cancelled.

Convergence India, Avia OTT Summit and Sport Pro OTT Asia have all been rescheduled while the NAB Show, The Media Production Show, ConnecTech Asia and IBC have all issued formal statements, according to the IABM.

In a blog post, Facebook director of developer platforms and programs Konstantinos Papamiltiadis said: “We need to prioritise the health and safety of our developer partners, employees and everyone who helps put F8 on.”

According to Papamiltiadis, Facebook considered other options to enable the conference to go ahead however concluded that is was “important to us to host an inclusive event and it didn’t feel right to have F8 without our international developers in attendance.”

In the last few days efforts to contain the coronavirus have been increasingly unsuccessful, with hundreds of people now infected in South Korea, Iran, and Italy, according to one tracker. The total number of deaths sits at 2,867 and growing, with 36,686 recorded recoveries from the illness and a total number of cases at 83,862 as the time of publication.

Microsoft has also announced it plans to hold a digital-only event from 16-18 March in place of the Game Developers Conference.

While the South by Southwest music and technology festival, set to be held in Austin, Texas, in March, said in a statement that it has seen “a handful” of cancellations related to the virus, but the event will proceed as planned.

Alphabet Inc’s Google said in a statement that its developer conference is still planned for 12-14 May, but noted it was monitoring coronavirus developments.

Apple typically holds its developer conference in June but has not yet made a formal statement in regards to any changes to the event.

Chipmaker Intel Corp announced this week that it is banning business-related travel to or through mainland China, Hong Kong, Macau, Singapore, South Korea, Japan and Italy.

The company also said it is requiring workers returning from those countries to avoid working in its facilities for two weeks after they return, and asked workers who experience coronavirus-like symptoms to seek medical attention and not return to its facilities until they are well.

Global concerns
OMD UK, the Omnicom media planning and buying agency based in Fitzrovia in London has temporarily shut its office and sent staff home after an apparent coronavirus precaution.

The concerns from London extended to its Australia office branch in Sydney where management closed the building and sent staff home, with Australia’s Foxtel advertising business also closing their Pyrmont office after staff have visited the OMD offices.

The fears of Coronavirus were sparked by an OMD executive visiting London via Singapore who developed flu-like symptoms.

OMD chief executive Aimee Buchanan confirmed the Sydney office would be closed on Friday, and potentially on Monday.

“Given the coronavirus breakout around the world, we will be acting with precaution and closing the OMD Sydney office until we have clearance from our UK office.”