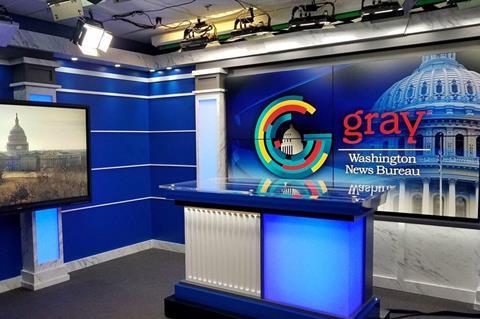 US TV group Gray Television has reportedly made an $8.5 billion bid for rival Tegna, setting off a potential bidding war for the company.

Gray TV isn’t the only bidder for Tegna, according to reports over the weekend, with private equity firm Apollo Global Management making a similar bid, according to Reuters which exclusively revealed both offers.

Tegna is home to 62 stations across 51 major US markets, covering 39% of the country. It was formerly Gannett’s broadcast and digital business until it was spun off from the company’s publishing assets.

Atlanta-based Gray is smaller, covering 24% of the country but operating in 93 markets. According to Reuters sources, the Gray bid is part of its plans to expand its footprint in several markets.

Gray has a market capitalisation of around $1.5 billion and would significantly add to its existing $3.8 billion debt pile to buy Tegna, although the sources told Reuters it has plans to quickly pay down this debt – details of the plan were not revealed.

It already has a stake in Premion, Tegra’s OTT advertising platform, which sees Gray act as a reseller of Premion’s services across its market. That deal was announced last month.

For Apollo, it would be another big move into the US local TV market, following its acquisition of TV and radio stations from Cox Enterprises for more than $3 billion in 2019.

It marks a wider consolidation across the US TV market, which has already seen Nexstar Media buy Tribune Media for $7.2 billion. Sinclair Broadcasting also snapped up a number of Disney assets, including some bought in the Mouse House’s takeover of Fox.

Gray Television, Tegna and Apollo Global Management all declined a Reuters request for comment on the story.