Has VR scored at the World Cup?

Reviews for VR coverage of the World Cup have so far been mixed. Yet many in the VR industry say it is too soon to judge the technology, and that the best is yet to come.

Another summer of sport and another investigation into the progress of the latest live broadcasting technology – this year, it’s virtual reality. 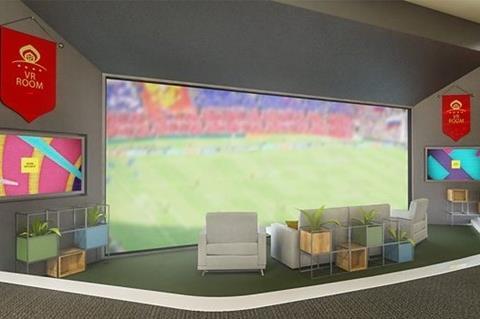 Football’s world governing body, FIFA, has embraced VR meaning that the technology is under a fierce spotlight at Russia 2018.

Early reviews by both fans and technologists are mixed.

“Viewer feedback we’ve seen from the World Cup shows that football in VR is still lacking something,” says Imaginary Pictures CEO Richard Mills, who has five years of experience with live VR broadcasts.

Mills believes all the VR broadcasters covering Russia 2018 should look closely at the consumer comments about their World Cup experiences. “I read one that said ‘Not as good as my 46” television’ and that has to be a concern,” he says.

Midway through the competition, the BBC announced that its BBC Sport VR - FIFA World Cup Russia 2018 app has been downloaded a total of 325k times.

It’s a reasonable figure for the nascent technology, but far behind the 40.9m live and on-demand requests for the BBC’s group-stage matches across BBC Sport online and BBC iPlayer.

The BBC’s coverage with a free VR app allows live viewing of 33 matches (in the UK only) either from a virtual hospitality box or from viewing points around the grandstands. Google Daydream or Google Cardboard headsets are needed as well as a compatible device, available to download via the iOS App Store and on Google Play.

Elsewhere, the Spanish-language Telemundo Deportes VR app in the US has all 64 games covered. Oculus, the Facebook-owned technology company, is streaming a selection of World Cup matches to fans in America for free in VR in association with Fox Sports and using Oculus Go or Gear VR headsets. Oculus is working with SBS and Optus in Australia, and DirecTV Sports in South America to provide more similar coverage.

FIFA and their broadcasting partners were encouraged about VR by the Winter Olympics coverage on both NBC in the US and Eurosport which each screened over 50 hours from South Korea.

But, while watching snowboarding via a tethered headset was a popular novelty, industry experts largely remained unimpressed. The headline in one trade website, MIT Technology Review, was damning after seeing NBC’s VR efforts: “I thought VR would make watching Olympic snowboarding awesome. Sadly, it sucked.”

For many in the VR industry, the technology is still in an R&D period.

Mills is conscious that sports coverage still has a way to go. “I’ve put VR viewers in places like the pit lanes at F1 Grand Prix which they could never go to because it’s a dangerous place and that’s how the technology works best,” says Mills. 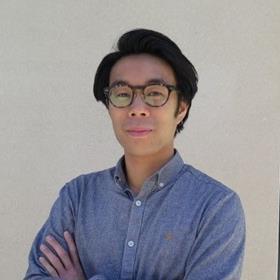 Daniel Wan, Lead Creative for both VR and AR at Alchemy, says one of the keys for virtual reality programming is to take fans to places where they cannot go or have never been. “To watch a player like Lionel Messi dribbling past players, close-up in the penalty area thanks to behind-the-goal VR cameras is amazing,” says Wan. “And, because live sport is the ultimate unscripted narrative, we will always want to try to give fans a more active experience than just sitting down watching on their sofas.”

However, a moving object exactly like a football is still a challenge for VR resolution which makes coverage of sport like ice hockey, for example, even more difficult. And, while headsets are many and varied (which means prices are coming down) and quality is going up, there is also a lack of standardisation of VR products.

Wan says that the limitations of VR have not changed in the last couple of years. “Yes, headsets are getting easier to wear…but virtual reality being a cool experience is not enough. Do I want to watch the next game with VR or with my friends in my living room or in the pub? That’s the question.”

“To watch a player like Lionel Messi dribbling past players, close-up in the penalty area thanks to behind-the-goal VR cameras is amazing” Daniel Wan, Lead Creative for VR and AR, Alchemy

In fact, the isolated experience of VR viewing is diametrically opposite to how hundreds of millions of football fans watch matches – in a bar or at home with friends and family in a group dynamic with the TV as a central point for loud vocal support and a couple of beers.

However, there is more confidence about the future of VR for sports programming than there was for another recent technology favourite, 3D. “VR isn’t trying to replace the TV in the home entertainment ecosystem like 3D was,” says Wan. “Also, 3D wasn’t a different enough experience to watching a traditional, flat screen television. VR is a drastically different medium.”

Yet, for TV sports fans, this leads to another reason for worries about VR: new broadcasting technologies emerge so fast and so often that consumers believe something bigger or better, more efficient or more effective, safer or stronger will come along soon enough. Do consumers fully understand the differences between alternative reality, mixed reality or even sensory reality? And that’s without even mentioning 360° video, Ultra HD, High Dynamic Range or 4K and even 8K just to mention a few of the alternatives.

For VR disciples, the good news is that the technology is working in other genres. Last December, Paramount opened the world’s first ever VR cinema via an app supported by BigScreen, a US-based immersive platform specialist, and that move came a few months after Steven Spielberg’s film Ready Player One caused a spike in interest in virtual reality.

Plus, there are several major sports as excited about VR as FIFA. The NBA’s move to show basketball games throughout last season in VR was a first that many fans appreciated, although some disliked how camera angles were curated for them by a broadcasting director rather than by themselves.

Meanwhile, Fox Sports VR has been offering a free app download since 2016 for everything from boxing to college football, and Sky Sports VR began experimenting in the technology with Formula 1 and now has its own VR studios that deliver productions in movies, ballet and documentaries as well as sports. 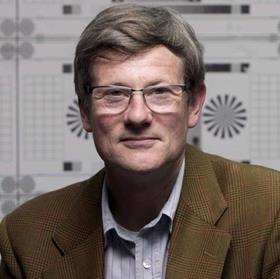 Richard Mills believes that, at the moment, VR is most effective for short viewing periods such as seeing limited amounts of action in a highlights programme which means the add-on video options within the BBC’s World Cup VR app may prove more popular than the live games.

“Maybe VR is a second screen option for live football games,” says Mills. “But I’m hopeful for VR in sports because everyone is still learning.”

Mills believes gaming offers some answers as it allows players to have the group experience, although multi-player VR is still a long way in the distance in terms of development.

So, the best of VR in sports is still to come. Jonathan Levene, managing director of Intel Sports Europe told the SportsPro conference this spring that point-of-view cameras on the players may be the next big step that takes virtual reality into the mainstream. “What will drive VR in the future are things like fan control of the cameras and a maturity of the networks,” he said.

Most industry analysts see Russia 2018 as only the latest step in VR’s development. For one technology review site, Pushsquare, the World Cup feels like a hint at the future of sports. “It’s obviously not overly social, so it’s the kind of thing you’re going to want to use primarily when you’re on your own, but the immersion is unparalleled. With higher resolution headsets and continued investment in the technology, we could be in for something special come (the World Cup in) Qatar 2022 and particularly in 2026 in the USA.”

Read more From Russia with live: Your guide to the World Cup