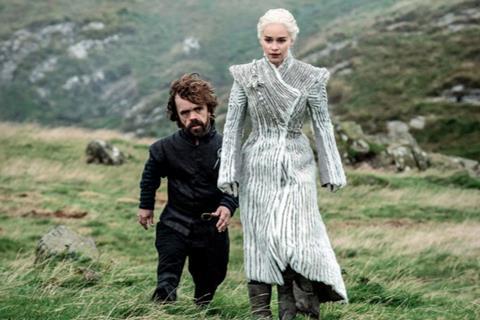 The deal enables Sky access to HBO, which is owned by WarnerMedia parent AT&T, content for its European territories and is part of a wide-ranging content agreement where the two companies have agreed to extend their co-production relationship to series for upcoming streaming service HBO Max.

Sky has also extended its pay-TV rights deal for Warner Bros. for first-run of feature films.

Warner Bros. Worldwide Television Distribution president Jeffrey Schlesinger said: “We are thrilled to find new ways to deepen our longstanding relationship with Sky, and bring a fresh dimension to the great content we continue to bring to consumers.”

According to various reports, the deal was widely expected and is likely to run for five years based on the previous output deal which was struck in 2015 and will run through to 2020. It included hit TV series such as Game of Thrones, Succession and Watchmen.

The new deal ensures Sky gets other Game of Thrones spin-offs that are currently in the pipeline for its markets if they launch while the deal is in place. This may include newly announced prequel House of Dragon, which was ordered by HBO yesterday.

The renewal likely means that HBO won’t launch its HBO Max streaming service in the UK and other Sky markets, at least as long as the new deal is in place. According to the Hollywood Reporter, sources previously said that HBO sees the Sky partnership as the best way to monetise its programming in Sky markets, as long as the price tag is right.

Sky Studios chief executive Gary Davey said: “Our partnership with HBO, and now WarnerMedia, has never been stronger as Sky continues to thrive as Europe’s leading direct-to-consumer media and entertainment business. Customers love our Sky original productions and together, Sky Studios and HBO Max will bring them more unique stories that you can’t find anywhere else.”

WarnerMedia reveals HBO Max pricing and content
In a move to battle Apple TV+ which is priced at $5, Disney+ at $7 and Netflix’s standing tier priced at $13, AT&T’s WarnerMedia announced its answer to the streaming video-on-demand (SVoD) market is HBO Max, which will be priced at $15 a month and set to launch in May 2020.

HBO Max will start out as an ad-free, Netflix-like subscription video service and later introduce a tier with ads that lower the price.

The firm unveiled its plans to investors on Tuesday with an emphasis on content including both library and originals.

Variety reported the emphasis was on volume rather than the value of any one piece of programming that the acquisition of streaming rights to Viacom’s South Park, for which WarnerMedia paid more-than-$500 million in a deal announced Tuesday.

HBO Max will launch with every Batman and Superman movie ever made including The Joker. In its first year, it will premiere 50 new series from a slate of originals designed to skew younger and more female audiences than traditional HBO content.

The company projects that by 2025, HBO Max will boast 50 million U.S. subscribers and generate $5 billion dollars per year on $4 billion of domestic spending.