Hollywood came to IBC on day 3 of the IBC SHOWCASE, with sessions ranging from cloud to personalisation now available on-demand 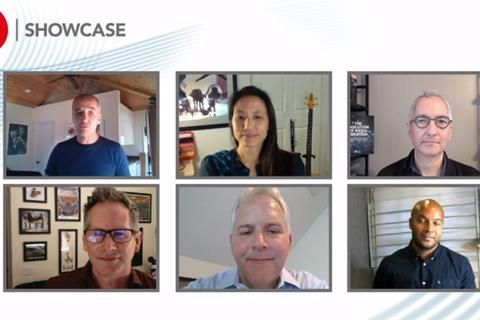 Movielabs Panel: Brought together some of Hollywood’s major studios

Some of the world’s biggest film studios made an appearance on Day 3 of IBC SHOWCASE, as Microsoft and Firstlight led sessions at the virtual event.

During the session, Universal Pictures creative technologies VP Annie Chang revealed the studio was in the process of leveraging Dreamworks’ cloud-native platform for its live action assets when Covid hit.

During lockdown however, cloud had not been the answer, with editors taking home encrypted hard drives or remoting into Avids from their workstations at home.

While Chang said that Universal had ‘big aspirations’ to be in the cloud, she called for the industry to come together to collaborate on a unified exchange layer, which would enable SaaS-based tools to become more interoperable.

That was just one of three sessions led by Microsoft on the penultimate day of SHOWCASE. The others looked at audience engagement, with speakers from Basketball giants Miami Heat. This panel saw panellists discuss the challenges the sports and entertainment industry faces today as fans demand more attention and need more encouragement than ever before.

Microsoft also welcomed speakers from Verizon, Mediakind, Telestream and Haivision to a panel on “Optimizing Content Delivery” at 14:00 BST. They discussed how the cloud, AI toolsets and a dynamic distribution framework allowed for delivery businesses to absorb the demand spike driven by Covid-19.

All of Microsoft’s sessions are available on-demand here.

Broadcasters and OTT providers will need personalisation engines that move “with the speed of thought” if they want to add value and prevent churn, according to experts from Firstlight Media and ThinkAnalytics.

The two companies, which have joined forces to launch a new cloud-native personalisation platform, shared their insights during the IBC SHOWCASE session, Knowing the ‘What’ and the ‘Why’ of Personalization.

According Andre Christensen, CEO and co-founder of FirstLight, personalisation and user engagement requires capabilities that are built into different parts of the platform.

“Next generation services need to be more iterative and experimental if they are to drive user engagement,” he said.

Content in moderation
On the Accelerators track, the first Thursday session explored the Live Content Moderation Accelerator project which aims to prove the potential value of conducting real-time, AI-driven content moderation on live broadcast content at scale and speed.

There was also a second accelerator session, looking at 5G remote production – part of a major proof of concept. Part two of a 5G Remote Production Accelerator Showcase, following the initial session on day 1. Led by the BBC, eleven world leading international broadcasters have been working together to explore the ‘art of the possible’ in terms of 5G capabilities for production.

The team has been designing an early stage proof of concept utilising both public & private 5G network scenarios, researching broadcast use cases and exploring new innovation in areas such as gateway devices and cameras.

Check out the full session, including the proof of concept, on-demand here. 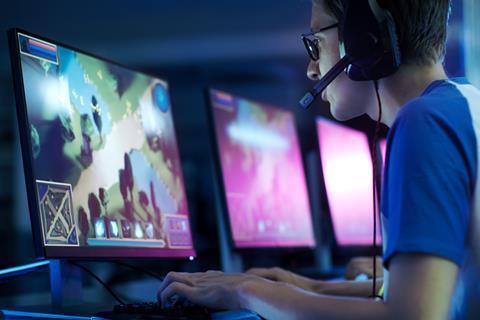 Esports: One of the hot-button issues The RTS covered

Esports, CDNs and microservices
The penultimate day of SHOWCASE also featured a jam-packed Owners track, with contributions from the SCTE Benelux, RTS, the IEEE BTS and SMPTE.

SCTE Benelux held an Online Lunch Lecture, which replaced the usual IBC lecture it would offer in Amsterdam. It features two fascinating speakers on ‘5G and extended HFC: the fibre challengers’. It also included a live Q&A.

The Royal Television Society put on a number of sessions covering several hot-button issues for the industry.

The first was on esports, from RTS Thames Valley, asking What is esports? A crash Course in modern esports broadcast.

Steven “Claw” Jalicy from ESL Gaming outlined how esports works, what the viewers expect, what the players demand, and how broadcast vendors and service providers can contribute to esports production and delivery.

RTS also offered a panel looking at content delivery networks, in which Paul Martin gave an in-depth presentation on how internet delivery works using advanced CDN delivery systems and concepts. CDN is more than just high-speed internet between ISPs and Paul discusses how esports companies can deliver international programs over the internet to millions of viewers.

The final sessions were from the IEEE BTS. The first covered Media’s Brave New World of Interop – Microservices as part of a panel session featuring speakers from Bloomberg Television, Levels Beyond, Prime Focus Technologies, and Florical Systems.

This was followed by a mega panel featuring speakers from BTS, OSA, EBU, MCMA, and SMPTE. The topic of debate: Multi-vendor cloud services.

This session focusses on real-world use cases showing the state of the industry today that finds itself stitching together ‘best of breed’ solutions from multiple vendors. OSA and EBU have collaborated on a new standard for status reporting and logging that is a crucial step toward making this all work together.

All of the IBC Owner content is available on-demand