With themes ranging from how to get from SDI to IP, HEVC and the cloud, and making new technologies such as VR a reality, conversations were diverse but focused on one goal; moving the industry forward with practical product releases. 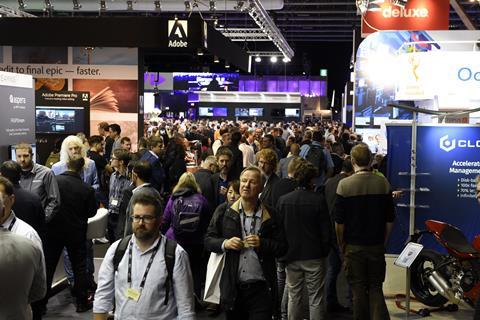 “Transformation is the rallying cry at this year’s IBC. Never before has the industry been more engaged in the conversation about how to take the current state of the business, technology and organisation, explode old notions of how to do things and start with a fresh slate,” stated Jeff Moore, EVP at Ross Video.

As far as IP is concerned, the time for talking is over. Videlio announced the launch of the 4K and IP academy in partnership with vendors Cisco and EVS.

Director General and CEO at Videlio, Vincent Loré, said: “What we’ve seen with a number of broadcasters is they have misunderstood the change of technology from SDI, something they’ve been used to for 20 years, to IP which is all about computer networks.

”By training broadcasters and having the right explanation, we can make IP totally transparent for the operator.”

These capabilities offer broadcast and network engineers real time monitoring and analysis of IP streams and the associated content, enabling early identification and diagnosis of network or content issues, claimed the company.

Meanwhile Sencore adopted intoPIX JPEG2000 Ultra Low Latency technology for its new line of SDI2X products. The integration of the intoPIX cores will enable Sencore to support next generation broadcasting services, including the VSF TR01 standard.

Said Jean-Baptiste Lorent, Director of Sales and Marketing at intoPix: “When you’re outside the studio for remote production or studio to studio, away from SMPTE 2110, you’re faced with putting high quality content over constrained network bandwidth.

“It simply isn’t practical to put HD on a network always, or the cost charged for the bandwidth by the telco operator is too high, so you need to keep things under 1GB.

“For that reason, JPEG2000 Ultra Low Latency is gaining lots of interest in the market, particularly in the US,” continued Lorent.

“ESPN is using it for live sport because it offers practically all the benefits of uncompressed but with more feeds, higher frame rates, etc.”

Media transport solution provider Nevion is now amongst the increasing list of TICO-enabled equipment manufacturers and solution providers. Submitted as SMPTE RDD35, TICO is an advanced, visually lossless compression technology designed to be the standard for moving live content efficiently over IP networks. Nevion is adding TICO capabilities as a media function to its Virtuoso software-defined media node.

“We are seeing a growing interest in UHD/4K in live production amongst our customers,” said Johnny Dolvik, Chief Product and Development Officer at Nevion. “One of the big challenges for broadcasters and service providers is the bandwidth required to transport UHD 4K video signals. TICO compression enables them to transport pristine quality video using the same bandwidth as currently used for uncompressed 3G high definition with a minimal effect on latency. So adding TICO to Virtuoso’s existing JPEG 2000 and H.264 compression capabilities made a lot of sense for Nevion.”

Making things work is UK systems integrator, dB Broadcast, which has just completed a key part of a connectivity transition project that transforms the way the BBC provides and manages its core technology.

In this time of unprecedented technical change, the overall project involved upgrading to an IP infrastructure on a network that has more than 4,000 circuits interconnecting over 90 sites.

And the company was talking about the project at IBC. dB Broadcast worked with BT to survey the major sites throughout the UK, install new bays and over 150km of new cross-site cabling, in readiness for installation and migration of new equipment, including routers and conversion equipment. The project included significant upgrades to the BBC infrastructure at all key London sites, with larger SAM and Lawo routers at Broadcasting House.

Getting ready for HEVC

Advantech said at the show that there is a tendency to move heavy lifting video processing tasks to the cloud, but the computational complexity of HEVC still remains a concern when having to deal with live UHD encoding and decoding locally.

Said Brian Carr, product strategist and marketing director for video solutions at Advantech: “We are taking care of the transition to HEVC. With Apple’s announcements and the Window’s announcements on HEVC, HEVC will be everywhere. We think acceleration will be important in cloud services that are used for processing video; it’s almost a power of magnitude difference between accelerated and unaccelerated software.”

A new Vislink HCAM system using HEVC compression to allow UHD low latency transmission from a single transmitter was the topic of conversation at Broadcast RF, which is hailing the new technology as the Holy Grail for OBs.

Chris Brandrick, commercial director at Broadcast RF, said of the new system that, “wireless RF UHD cameras are the missing link for OBs”. He continued: “The whole OB chain is waiting to complete the 4K wireless set up. Wireless cameras are already on OBs, but the touchline cameras – all the money shots - have to be wireless also, and at the moment they are all 1080p and then up-converted to 4K. We will simply replace all these 1080p kits with these new, full UHD kits.”

VR is a topic that came into many conversations in Halls 10 and 11 in 2016, and it was once again a big theme.

However, what a difference a year makes; now the focus is on actual platforms and products to enable content creators and broadcasters to work with this exciting medium and get it out to consumers. 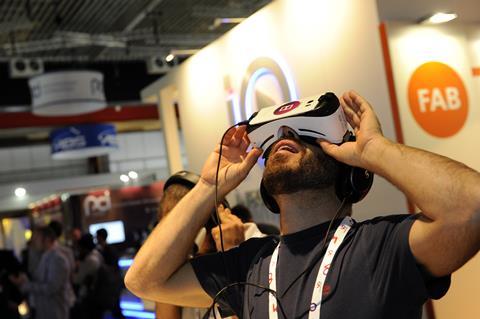 VR has the potential to fully transform viewers’ experience but real mass adoption is likely to be subject to providing lifelike quality live content which poses many infrastructure challenges, stated Advantech.

At IBC, the possibilities of 8K virtual reality (VR) live streaming were discussed on the Advantech stand. The VR capabilities of the company’s Vega-3304 encoding accelerator, which were demonstrated earlier this year, were a hot topic for IBC. 360° VR solution providers can use the VEGA-3304 to build compact, high quality VR live encoders that accelerate the next wave of innovation in the media industry, said Advantech.

Also, at IBC last year Nokia bought the Ozo VR camera along to introduce the concept to broadcasters.

This year, however, “there has been a tremendous amount of progress,” according to the company’s head of global sales for VR capture, Stuart English. “This year with Ozo Live [a scalable 3D 360 livestream solution] we have the complete system.

“We have now got proof of concept, from UEFA which has used the technology, and many other projects that have and are being used to experiment and evaluate Ozo. People have been trying to understand what the workflows are and understanding the implications for this industry. There is now an acceptance it works, is reliable, and we have seen some fairly major deployments.”

Nokia has also been working on the issue of sending and receiving VR content to headsets, which can be bandwidth-hungry, making it difficult to provide the required quality of content for the end user.

English commented: “If 4K needs, say, 20MBps, we’d need to deliver two 4K images (one for the left eye, one for the right), which doubles the bandwidth. Using viewport-adaptive streaming software Ozo Deliver and Ozo Player SDK, we dramatically lower the bit rate required to deliver the high quality experience.”

He explained that as the headset wearer only needs to see what they are looking at, not have the full 360-degree experience sent to the headset at once, sensors tell the server what the viewer is looking at so it sends only what is needed.

Meanwhile, a 6K lens for the AZIlPix Studio.One system, which enables stitchless generation of 360-degree images, was launched at the show by Axon.

“The demand for technology that gives programme makers, especially those on tight budgets, the ability to efficiently capture and stream broadcast quality content is growing and Studio. One satisfies this demand by combining camera and IT hardware and software in a highly sophisticated and cost effective way. By adding this 6K lens we can even better service our customers who work in 360-degree and VR environments,” said Jan Eveleens CEO of Axon.

Overall, Halls 10 and 11 at IBC 2017 were about making what the industry has been talking about for a long time, a reality.