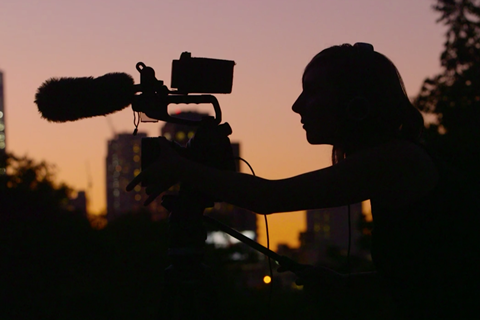 The UHD Alliance has received backing for its Filmmaker Mode standard from a number of industry organisations and new vendors.

Directors Guild of America, The Film Foundation, International Cinematographers Guild and the American Society of Cinematographers, plus a number of TV makers, are all backing the UHD Alliance’s mode, according to an announcement at CES.

The TV mode, which is designed to present content as the filmmaker intended, was announced in August just before IBC2019. When applicable, Filmmaker Mode sees the TV disengage post-processing, such as motion interpolation (or motion smoothing), to make the experience nearer to that of a cinema.

“We’re honoured to have the support of the DGA, ASC, ICG & the Film Foundation. All of which just formally recognized Filmmaker Mode as an important and critical step toward allowing home viewers to enjoy movies and TV shows as they were intended to be seen by the filmmaker,” the organisation said.

It will also allow TVs to automatically show content in its original aspect ratio, correct frame-rate and with accurate colour renditioning.

The UHD Alliance has already received backing from a number of Hollywood stalwarts, including the likes of Martin Scorsese, Christopher Nolan, James Cameron and Ryan Coogler.

“Most people today are watching classic films at home,” director Scorsese, said in a statement. “With Filmmaker Mode, different works will be presented accurately as they were created and designed by the filmmaker. Filmmaker Mode is a long overdue and welcome innovation.”

At launch, TV vendors LG, Panasonic and Vizio pledged support for Filmmaker mode, but at CES in Las Vegas, other manufacturers have also jumped on board. Samsung and Philips (TP Vision) have joined the initiative. That means that some or all of their 2020 4K and 8K TVs will support the picture mode.

Film distributor Kaleidescape has also announced its backing for the project, while the UHD Alliance said it is “actively engaged with multiple distribution platforms in the US and Europe”, with plans to announce further backers this year.

“[Filmmaker Mode] sets the television in a way that maintains filmmaker intent,” Michael Zink, Warner Bros.’ VP of technology and chairman of the UHD Alliance, said at the group’s press conference.

With the addition of more CE companies, “we really do have that strong worldwide presence,” said UHD Alliance president Mike Fidler, according to a report from Variety.