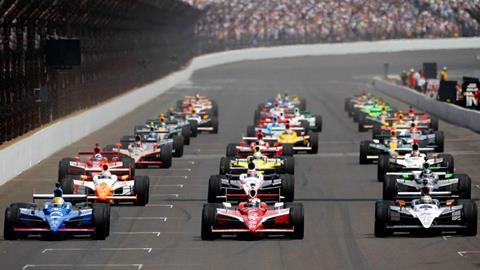 The sporting spotlight on this weekend’s Indianapolis 500 is more intense than ever. Not only will the race be the largest spectator event since Covid-19 struck last spring, but also the 105th running of one of the world’s most iconic motor sports events has again raised the issue of the rights and wrongs of TV blackouts in the US. 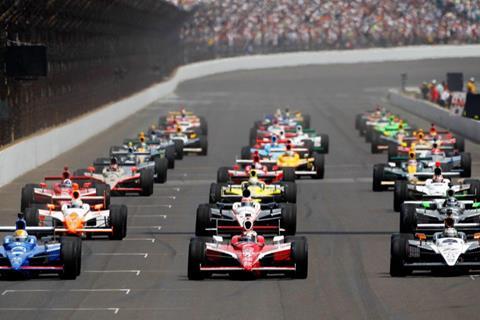 The Indy 500 organisers still cling to a strategy that says anything less than maximum ticket sales to the actual event will enforce a broadcast blackout - this year on NBC - for local fans in and around Indiana. The justification of this TV ruling which dates back over half a century is coming under increasing fire and all this in the year that Indy 500 rights owners will be negotiating a new television deal.

As early as 21 April, race organisers Indianapolis Motor Speedway (IMS) announced that virus restrictions for a second consecutive year would mean only 40% spectator capacity inside the Brickyard circuit. This meant only 135,000 tickets had to be sold to avoid another TV blackout, yet with only a few days to go, there was no decision for the local armchair fans.

Update (May 27): Some 72 hours before this Sunday’s race, Indianapolis Motor Speedway announced on Twitter that there was a sellout and that this year’s race would be televised to local fans.

In a statement, IMS said: ”With no more tickets available and 40% of venue capacity reached, we have decided to lift the local broadcast delay for this year’s race. Central Indiana spectators will be able to tune in on NBC beginning at 11 a.m. We look forward to an exciting and historic edition of the Indy 500 this weekend.”

Covid restrictions last year eventually caused a postponed race (in August instead of May) to run in front of an empty stadium and, therefore, with blackout required, fans throughout the state of Indiana watched live on their NBC-affiliated TV station WTHR. It was only the fourth time in the history of the Indy 500 that the local television blackout had been lifted.

The main man behind the choice, Mark Miles, president and CEO of Penske Entertainment Corp (owners of IMS), understands the significance of the blackout: “This event and this place mean so much to everybody we see every day and we hear from every day, whether they are Hoosiers or race fans from around the world.”

But Miles has long contended the need for the blackout saying it is part of the operator’s business model: “This place is unlike any other modern sporting event. It is so dependent on the gate or the paid attendance.”

“This place is unlike any other modern sporting event. It is so dependent on the gate or the paid attendance,” Mark Miles, Penske Entertainment Corp

Still, critics are lining up. Recently a professor of telecommunications at Ball State University in Indiana, Dom Caristi, told the Indianapolis Star that blackout rules are “a bad hangover from the days when barely 40% of [NFL] games sold out and gate receipts were the league’s principal source of revenue”.

Indianapolis sports radio personality Kent Sterling sums up the local feeling of the blackouts saying they are idiotic and obsolete: “The blackout defies logic as a concept. That’s why they no longer exist, with the exception of the Indy 500.

”Blackouts depress the gate instead of enhance it. NBC’s broadcast of the (race) is a love letter to the event and will pique the interest of young Hoosiers, making it more likely they would attend future races.”

Even one-time Federal Communications Commission (FCC) chairman Tom Wheeler has admitted that blackouts had “outlived [their] usefulness and deserve to be eliminated”, while other blackout critics are putting increasing pressure on IMS to change their TV strategy and grow the sport with younger viewers. 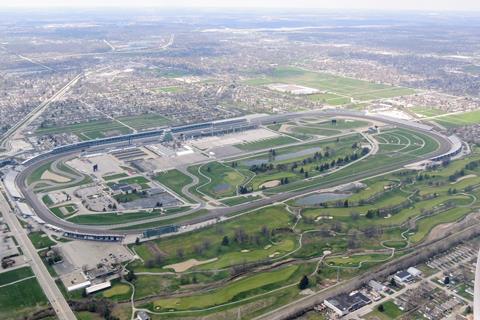 Indy 500: Relies heavily on filling all 250,000 grandstand seats to make a profit

Global blackouts
Local or even national TV blackouts happen in several other countries as diverse as Canada and India as part of a plan to protect various sports and events. In the UK, live broadcasts of Saturday afternoon English Premier League football games are banned because many thousands of supporters could opt to stay at home and watch their televisions rather than pay for tickets to attend lower league games.

The NFL was one of the main proponents of TV blackouts for many years and operated the strictest blackout policy in US television sports for over 40 years, only to suspend the ruling in 2014 on a year-to-year basis.

Fans had become angry and just before the blackout suspension was enacted, they mocked the league’s policy by sending 21,000 fake letters to the FCC supposedly supporting the TV ban. However, most of the fan letters were signed by make-believe names including ‘Bilbo Bagginses’ and ‘Luke Skawalker’ – a way of showing the league that no real fans actually thought the blackouts were fair.

And, despite the NFL’s lead in removing blackouts, Mark Miles and the Indy 500 are not alone in wrestling with the dilemma. In baseball, the blackout policy rates as MLB’s top customer service complaint every year because the rules appear arbitrary. For example, the league asks fans to buy local TV packages in Los Angeles or they are blocked from seeing the LA Dodgers fans even on MLB.tv. But other areas have different viewing rules.

The blackout issue is particularly pertinent this year as live TV viewing has been a mainstay for fans during over a year of Covid, quarantines and no in-stadium attendance.

Some observers believe that the Indy 500’s status in the US and around the world will make maintaining local blackouts untenable. With 250,000 grandstand seats and a total capacity of nearly 400,000, IMS has an increasingly difficult task to balance ticket sales with an ever-increasing TV audience who now enjoy streaming methods of viewing via apps and websites.

History of innovation
Blackout or not, the Indy 500 organisers continue to develop broadcasting innovations even though the race’s relationship with TV has not always been conventional and the history of the race on television is somewhat patchy.

For years, the race owners did not favour live TV coverage. It first happened in 1949 and then again the following season, which led to talk of nationally syndicated coverage. Instead, IMS management eliminated live TV broadcasts altogether in fear of potential ticket sales shortfalls. A closed-circuit system in cinemas operated around the US for several years.

By the late 1960s, TV coverage consisted only of highlights on ABC’s Wide World of Sports along with same-day tape-delayed shows from 1971 to 1985, also on ABC. Finally, from 1986 until 2018, ABC televised the race live in its entirety, but kept the local blackout to encourage attendance. Over the years, the broadcaster improved coverage with in-car cameras and audio as well as live timing and then, in 2015, Sony helped deliver the race in HD. But in 2019, the 54-year relationship with ABC - which had also introduced online viewing via the ESPN app and website - ended and live race day broadcasting moved to NBC.

Among the keys to that recent new partnership with NBC was an improved scale to the coverage and more accessibility for fans who were able to watch the race live on the NBC Sports app - that is widely available on various aggregator platforms - as well as on NBCSports.com. The 40+ hours of streaming coverage on NBC’s streaming service Peacock - including practice, qualifying and Indy Lights races - has also been an upgrade for the event along with the introduction of on-screen star names such as award-winning host Mike Tirico and former Indy 500 racer Danica Patrick as a colour commentator. In addition, the NBC Sports production team has lined up drone camera coverage for the pre-race and the race itself this year for the first time.

The deal has been good for viewing figures. In NBC’s one-and-only non-Covid race year – 2019 – the broadcaster delivered an 11% viewership increase vs ABC’s final show the year before. According to Nielsen’s Fast National data and digital data from Adobe Analytics, the total audience delivery figure of 5.446 million viewers two years ago across NBC, NBCSports.com and the NBC Sports app compared with a TV-only figure of 4.913 million on ABC in 2018.

With the Indy 500/NBC three-year deal ending after this month’s race and increasing calls for no more blackouts, the new TV deal could focus on how the next television partner and all the related and interested streaming platforms can be maximised.