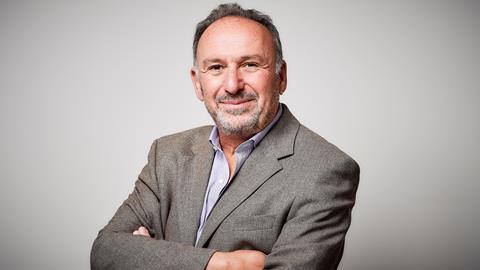 Jeremy Fox, along with former Sony boss Sir Howard Stringer, has a new scheme to provide ammunition to telcos wanting to rival Netflix and Amazon. And it’s working.

Jeremy Fox, until recently the CEO (and now Executive Chairman) of global TV programming distribution business Digital Rights Group (DRG), has a new job. He is running Atrium, a subsidiary of DRG (itself part of Modern Times Group) but with an extremely different twist: it has established a Commissioning Club. 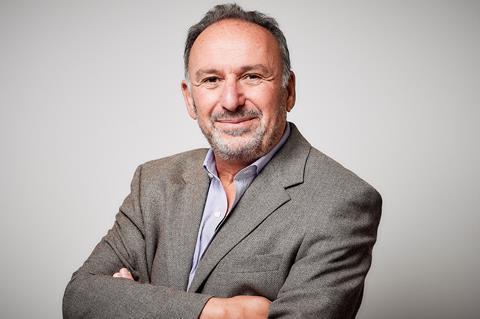 As he explains: “The idea came to me following on from conversations I was having with various streaming services. We realised that while Netflix and Amazon were more or less leading the world, there were a number of local services operating as the Number 3 in the market looking to play catch-up with a rival system to the ’Big 2’.”

“Our question to these rival players was simple: ’What are you doing about really premium content? To some of us these local players might not look like Number 3’s in the market because they have names such as British Telecom, Deutsche Telekom, Orange, and the like. They are truly massive players in their local markets, but not – how can I say this – well-known for high-quality programming. And importantly for us, unlike conventional broadcasters and many pay-TV broadcasters, they do not cross borders.”

Fox, and his Atrium senior colleague Sir Howard Stringer, had meetings and heard a near-constant grumble: Large international drama productions were out of their reach. “We simply said perhaps we could solve that problem.”

Club rules
The solution was Atrium TV, a ‘commissioning club’ to source and develop exciting, distinctive projects with global appeal. “We have watched the rapid expansion of global streaming services,” says Fox. “A great way local players to compete in their own markets is to share the cost of producing high-profile series. The key aim of Atrium, where we fund all the development, is that we are all about finding great stories with universal themes and concepts that work specifically in the OTT and SVoD space. We are encouraging approaches from producers and are especially keen to hear new ideas that play big.” 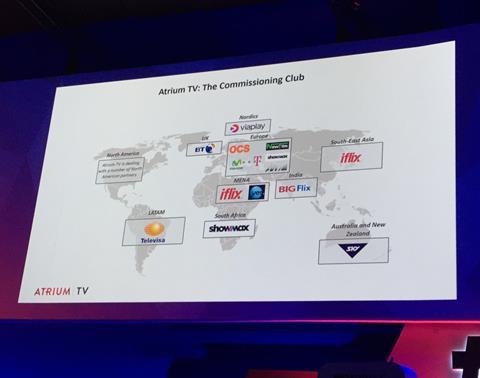 Today Atrium has approaching 20 club members around the world. “In October last year, at MIPCOM Cannes, we presented four shows to the club, of which two were agreed upon,” says Fox. “At that stage there was no requirement for a financial commitment. We asked them for their thoughts on the four shows, and the writers made the presentations! In this case the two which were selected were Quasimodo and One Giant Leap.”

Quasimodo, based on Victor Hugo’s classic tale of 15th Century Paris is written by Ashley Pharoah (Life on Mars), produced by Frank Doelger (Game of Thrones) with executive producers Charles Dance, Peter Dinklage,Tracey Scoffield and David Tanner. One Giant Leap, ‘the truth behind the Moon landing’, is produced by Mike Medavoy and written by Stephen Kronish (24, The Kennedys) with Benjamin Anderson as executive producer.

Fox says the club members had a few weeks to consider their responses. “Some they liked, others less so. At that point, we as Atrium, said we would go ahead and commission certain scripts.”

“In Los Angeles in May we gathered again and asked them to confirm decisions. We delivered the scripts that were ready, and the producers themselves presented. Mike Medavoy and the writer behind One Giant Leap presented and brought everyone up to speed. I also had to say that up until now the members had received a ‘freebee’ and without cost to them. “Now, are you going to write some cheques?” we asked.”

“The rules of the club are that they can ‘play’ or ‘pass’, so there is flexibility. If they play, then we negotiate a deal. If they pass then we can approach their opposition broadcasters.”

“By IBC we hope to have triggered One Giant Leap because it must coincide with the 50th anniversary of the Moon landing,” Fox explains. “We also hope to be pretty close to going with Quasimodo. But in addition, we presented four new projects back in May and these are under consideration now. In October, at MIPCOM we’ll present another four. The pattern seems to be that we present 4 and select two, but it might be 3 or just 1.”

As the decisions come together Atrium can use DRG to offer programming to other ‘non-club’ regions and with DRG seeking the usual financial support of pre-sales, post-sales, and so on. 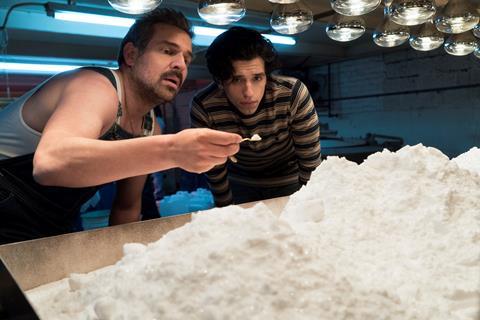 Fox and Sir Howard have visited the US and talked to cable MSOs as well as heavyweight players such as HBO. “We stressed the budgets, what they would be getting on screen in terms of importance. They recognised the quality of the writers and producers, and their track records in delivering top-quality output. In the next round we have Michael Douglas, Hollywood royalty and ‘Triple AAA’ names producing the projects including David Simon and the people behind Narcos and Vikings.”

The projects under consideration include A Dry Run: The Lincolns in Spain created by David Simon (The Wire); Doctor Zhivago, an eight-part series from Sherlock producer Hartswood Films; and The Last Amazon from Rafe Judkins (Agents of S.H.I.E.L.D.) and produced by Gene Stein (Narcos).

Money talks
Budgets are key. Few, if any, of the club’s members can contemplate budgets of $5-$6 million an hour. Fox says a very top Spanish show will be budgeted at $2 million an hour, and at the end of the day it might not work. “Nevertheless, the show must be made at that sort of price to even stand a chance of success. Then, because it is in Spanish it might not sell that well. We are spending at the rate of three times their top levels. They can buy into the show for a fraction of the sort of cash they’d have to outlay.”

Asked whether we were in a ‘golden age’ of TV, and why streaming was working so well, Fox is blunt: “My view is that the film business is dead. The independent film business is absolutely dead. This summer’s release portfolio is targeted mostly at 12-year-olds. Where is the lost film audience turning? They are turning to streaming services. But as important, ask yourself where is the talent turning? I can tell you that we have two major film directors looking to take care of episodes of One Giant Leap. There is a massive change taking place, and in no time at all.”

All of the projects will be captured in Ultra HD. “Our two initial projects are limited run series, but out of the next four projects two of them will be for longer running continuing series, say 10 episodes per season,” concludes Fox. “We initially asked the club members what they wanted, and almost everyone said Game of Thrones. So, we have given them what we think is the next Game of Thrones with Quasimodo.”

Read more How telcos are pushing into the content market

IBC2018 The Telco & Media Innovation Forum takes place on Friday 14 September. The one-day, invitation-only event will bring together executives for a discussion on the challenges and opportunities as traditional telcos transition to digital players and broaden their offerings by adding content and striking partnerships with content providers.