At IBC2017, industry leaders spoke of the likelihood of consolidation among vendors, but what is driving M&A activity and what will it mean for the industry? 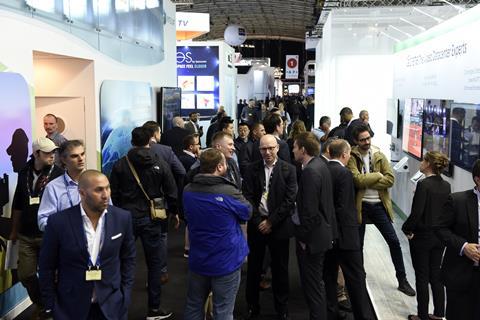 Charlie Vogt was seen as an apocalyptic voice when he moved from the telecoms industry to head what was then Harris Broadcast, now Imagine Communications in 2013. Just a few weeks after his appointment, je spoke about how the broadcast and media supply industry was much too big and forecast a massive consolidation.

At IBC this year, speaking at an IABM conference session, he spoke about consolidation amongst broadcasters, suggesting that is putting pressure on vendors too.

“This consolidation has created a strong,healthy base of customers but put a lot of strain on us,” he said. “We have to consolidate on the supplier side too.”

At the same session, Peter White, CEO of IABM said “the bigger vendors are increasingly looking to acquire start-ups that already have the development work under their belts, and the necessary hard-to-find expertise in-house.”

That is certainly a logical argument. New CEO of Telestream Scott Puopolo said “Mergers and acquisitions may occur when companies with great technology lack scale. They will get picked up by adjacent larger players.

“But, on balance, we see that the partnership and interoperability will be required to meet customer needs for best of breed architectures.” 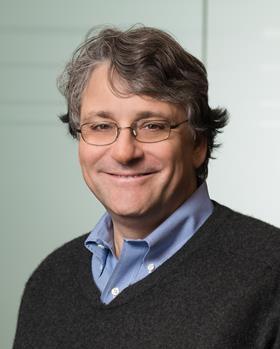 The inescapable fact, though, is that IBC2017 had around 1700 exhibiting companies, a number which has been creeping up regularly over the last decade.

Given that there have been high profile mergers and acquisitions – not least Telestream’s own acquisition of IneoQuest in March this year – then there is clearly a long line of start-ups looking to fill the gaps.

“Mergers and acquisitions are inevitable, if they are done for the right reasons,” said Peter Jones of specialist distributor Boxer Systems. “It gives room for the new guys to come in. They give the market a stir, they keep us all on our toes.”

Perhaps the key reason that the broadcast business traditionally has a large number of vendors is that its requirements were highly specialised and not readily transferrable to other industries. While recent changes in technology have had an impact, it may not yet be enough.

“Big companies like IBM see the media industry as a sexy business that they feel they ought to be in,” according to Tony Taylor, founder and chairman of TMD. “But it does not scale the way other IT applications work.

“If the industry is to prosper, then we have to acknowledge that we are not unique,” he said. “There are clearly some challenges in media systems – the size of the file for one – but they do not make the industry unique.”

The suggestion seems to be that, certainly for the major projects, the broadcast community still seeks best-of-breed technology. That, in turn, makes every solution bespoke to a greater or lesser degree. “This was relatively easy to achieve using SDI, and systems integrators to bash people’s heads together if stuff didn’t work,” according to Pixel Power’s Gilbert.

“It is a lot harder with IP and the plethora of incomplete yet imminent standards,” he added.

Tony Taylor of TMD took this thought a step further. Describing his company’s core product not as asset management but as a media supply chain system, he said that increasingly big broadcasters have their own IT development specialists who can create custom code to do what they want.

“Because of the way so many vendors have kept the cottage industry mentality, a lot of users say ‘we’ll develop our own, then’,” he suggested. “Big organisations do not see the economies of scale.”

For the broadcasters, Mark Harrison, Managing Director of Digital Production Partnership (DPP) – the authors of the AS11 file interchange format among other recommended practices – said “What we are seeing is a reshaping of the market away from a broadcast industry to a media industry.

“That shift has brought with it a reconfiguration of the supply chain, from one that was specialist and siloed to tone that is abstracted, connected and data driven. The same suppliers may operate in different parts of the production, management and delivery chain.

“The need to be flexible, fleet of foot and tuned to consumer demand can be challenging for large, well-established companies,” Harrison suggested. “It may be more effective to acquire or partner to obtain those skills. The key to success is almost certainly going to lie in the relationships companies form – and their appetite for risk.”

Telestream’s Scott Puopolo acknowledged the need for partnerships. “From a solutions perspective, many of our customers have indicated that they like the opportunity to have best-of-breed for their media production environments,” he said. “They expect that the significant players will optimise their solutions around their core competencies, but must be ready and able to be integrated with solutions from other providers.” 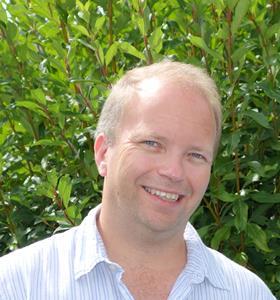 But Pixel Power’s Gilbert is concerned that continuing pressures on the broadcast and media industry challenge the status quo. “I think best-of-breed will become a luxury that customers cannot afford, simply because the skills to make it work do not exist (or do not exist yet in sufficient quantity), and will never be affordable given the lack of scale,” he said.

“So ultimately they will have to buy from larger vendors since there is no money to pay for the work to join things together,” he continued, adding “although some of even the largest vendors are struggling to deliver connected solutions that satisfy customers.

“Increased M&A activity among the customer base, the broadcasters and media companies” - Peter White

“The result is that customers are waiting until someone else has done it, someone else has been through that pain. Which reduces the spend and forces the weaker specialists out of business.”

Gilbert spelled out the logical consequence of that scenario. “That might also fuel consolidation. But if even large vendors are not making much money, maybe they cannot necessarily support consolidation through merger and acquisition activity. Smaller vendors either have to join together to gain scale or innovate their way out of the dilemma.”

Yet for all this, optimism remains. According to Harrison “the amount of content being created is greater than ever, and looks set only to increase further. That has brought about a shift in the supply chain, and the pace at which this reconfiguration is happening is enormous.”

IABM’s Peter White concluded “We are witnessing greatly increased M&A activity among the customer base, the broadcasters and media companies. Recent IABM research points to why – their margins are being squeezed and it is only by having scale they can continue to be successful in the new, multi-platform, content everywhere world.

“For technology vendors, this means fewer, larger customers who can drive a harder bargain with their suppliers,” he said. “For these reasons, I think we will be seeing a continuing increase in M&A for some time to come.”