Jane Turton appointed chair of RTS board of trustees 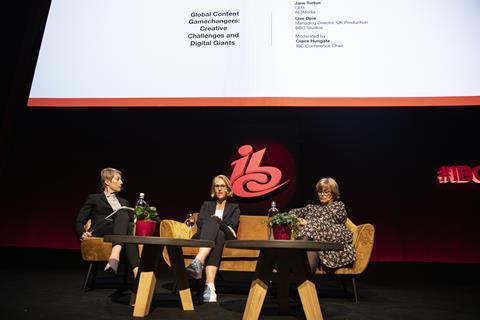 The Royal Television Society (RTS) has appointed All3Media chief executive Jane Turton as Chair of the organisation’s board of trustees.

Joining Turton on the board of trustees is Netflix vice president of content Anne Mensah, and Sky Studios chief commercial officer Jane Millichip.

Turton said: “It is an enormous privilege to be invited to become the Chair of the RTS and I am looking forward to working with Theresa, the board of trustees and the team as we develop and grow the charity.

“The work that the RTS does is incredibly important for the television sector and its contribution to increasing inclusivity - and in particular supporting students and young people from a wide range of backgrounds working in the media - is invaluable. It is a long-established and successful organisation – but feels very dynamic, innovative and forward-thinking.”

The RTS has also awarded eight new Fellowships in recognition of “outstanding and exceptional contribution to the industry”.

They have been awarded to:

RTS CEO Theresa Wise said: “Tom has been a fantastic Chair of the board of trustees over the last three years. He has provided great support to me and my team. The Board and I enjoyed working with him.

“We are delighted to be welcoming Jane as Chair and I am very much looking forward to working closely with her. The RTS is also very lucky to be welcoming Anne Mensah and Jane Millichip to our Board of Trustees. All three are talented and creative business leaders who are at the forefront of developments in our industry.”