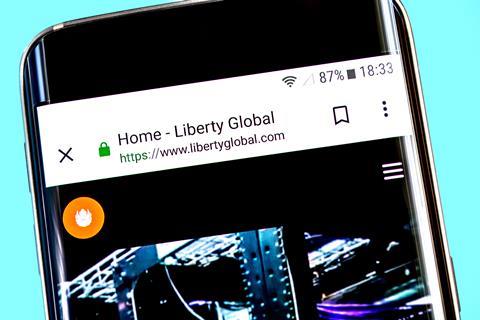 In a world first, Liberty Global has employed Ericsson’s wireless connectivity technology in a trial to connect homes with gigabit broadband and linear TV services.

The Distributed Access Architecture (DAA) and fibre-to-the-home (FTTH) were designed to deliver the linear TV services over using a wireless backhaul ‘Trunk’ link.

“Potential applications for this trial solution include network expansion without having to compromise performance quality, faster-to-market applications, small-cell aggregation backhaul and business-to-business connectivity.

“It shows the value that Ericsson’s radio solutions bring to the industry beyond mobile telecom operators.”

The trial has demonstrated how service providers can significantly reduce build costs and avoid civil engineering works by utilising a wireless trunk link instead of laying a traditional fibre trunk underground.

Using millimetre wave radio frequencies in the E-Band (70-80 GHz), the Newbury site was connected to an off-network location in Greenham over a three-kilometre line-of-sight 10Gbps link using Ericsson Mini-Link 6352 radios.

Liberty Global carried out the trial within its Virgin Media UK business, which claimed that the build costs can be reduced by up to 90% as a result of the wireless trunk link.

“Video will be part of everything”
Liberty Global chief technology officer Enrique Rodriguez spoke during the IBC Conference last year on the world of gigabit broadband.

He said audiences have an insatiable appetite for video will become the driving force in the broadband industry.

Rodriguez said: “Already almost two-thirds of our traffic is video…and I think video will be part of everything, not just entertainment.”

It is not just faster connection speeds to the front door that are important, but also the consumer experience inside the building. “We need to make sure WiFi is flawless within the home,” says Rodriguez.

Ericsson said that with the cable industry showing rapid growth within the FTTH domain, there is increased pressure on service providers to deliver more connections quickly and at the lowest possible cost.

In addition, the industry migration to digital access networks in the coming years will also require the ability to connect a much broader set of technology applications.

Liberty Global vice president for access networks Seamus Gallagher said: “Alongside Ericsson, we have made the concept of wireless trunk backhaul a reality with this trial.

“We are very proud to present this as a new tool as part of our network expansion toolkit and look forward to continuing to collaborate on solutions with Ericsson’s leading technology.”

The companies announced the “impressive” results with the trial homes receiving reliable 1Gbps download and 150Mbps upload speeds along with a full line-up of linear broadcast TV channels.

The wireless trunk generated by the Ericsson Mini-Link radio has been tested and delivered 99.5% availability in the most severe conditions over the past months in the UK withstanding high winds up to 80mph, 30mm rainfall and heavy snow.