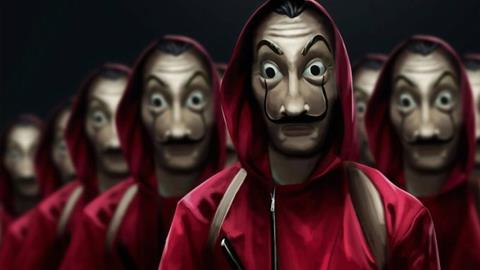 After years of cost squeezing, major efforts are underway to increase the volume and quality of content localisation. 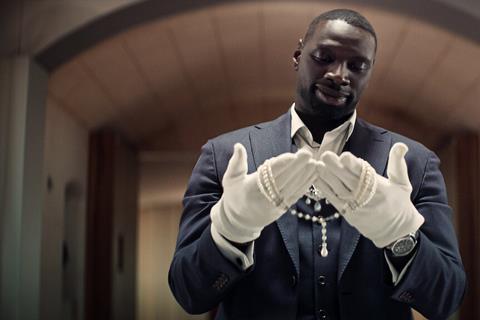 Major SVOD streamers are on a runaway train. Having saturated their domestic – North American – market the only way for them to continue to drive subscriptions in the hope of chasing profit is to grow globally.

Netflix, Disney, Amazon and rivals are expanding into all quarters of the globe and heavily investing in local-language productions in a frantic bid to add international subscribers. The boom has fuelled demands for localised content that the streamers simply can’t cater for on their own.

“You can’t win customers in a material way without giving viewers content in their language and at a quality level that’s consistent with the English version,” says Chris Fetner, MD of the Entertainment Globalization Association (EGA).  “Localisation is an essential business for global streaming.”

And yet, he warns: “With the exception of maybe Netflix, the workflow is fairly non-standard and not many companies have invested heavily in this infrastructure. It’s an industry that’s at its breaking point.”

International growth
Netflix’s most recent quarterly results show the importance of overseas operations. According to the company, 89% of its approximately 4 million new customers in the first three months of this year came from outside the US and Canada. It has launched in over 190 countries. 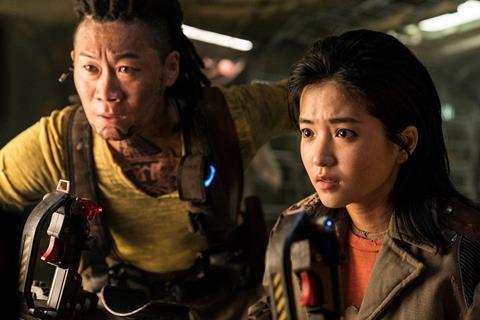 According to Ampere Analysis, “about half of the new content Netflix is developing are productions based outside the US, with roughly 38% non-English-language content as of mid-March”. Netflix plans to invest $500 million alone in South Korean content.

While only 3% of Disney+ content originated outside the US as of mid-March, Ampere reports that a quarter of its new content slate is based overseas.

Meanwhile, Amazon has doubled the amount of original local language content each year since 2017. Its international subs rose by more than 80% in 2020 compared with 2019. HBO Max plans to be available in 50+ countries by end of the year and Apple TV+ is currently available in 100+ countries, with both streamers “increasing spending on local-language content as they chase international subscribers”, says Ampere.

While the globalisation effort requires title translation, packaging, cover art and marketing, the heart of localisation is adapting, translating and dubbing the content for a different language and culture.

“It is about the commerce of the IP and the IP for that region,” says Fetner. “Both are important for any streamer since it will allow the organisation to get to the audience faster.”

Flight to quality
In the past, a major content owner might feed different language versions of its titles to lots of different vendors to perform dub tracks or subtitling. The content owner would co-ordinate the effort inhouse. Now their own operations departments can’t scale quickly enough to manage all the moving parts.

“There was a time when localisation was seen as a cost that could be continually squeezed by the lowest bidder which inevitably meant you got pretty average translations,” says Symon Roue, MD, Visual Data Media Services. “Now there’s a flight to quality.”

He adds: “Playing back a bad dub or poor-quality translation or a typo in a subtitle can ruin hundreds of millions of dollars of investment in production.”

One pressing problem is that there aren’t enough specialists to go around. Local language script adaptors, dubbing directors, translators and - to some extent - actors, are in high demand.

“Playing back a bad dub or poor-quality translation or a typo in a subtitle can ruin hundreds of millions of dollars of investment in production,” Symon Roue, Visual Data Media Services

Training fast tracked
“When a platform launches in certain territories all the oxygen of capacity can get sucked up for a period,” says Julian Day, general manager & director of business development, Zoo Digital.

In response, vendors are putting a big effort behind education and training initiatives. Zoo, for example, is working with universities in Kentucky, Milan, Stockholm and Malta to train the next generation of localisation talent.

“The goal is to help grow a new wave of dubbing artists and adaptors, to support our clients and the industry as a whole,” Day says.

Where the overwhelming direction of the industry was English into foreign language, now the pendulum is swinging the other way. Huge hits like Money Heist are originating outside of the English-speaking market.

“A few years ago, Hollywood’s preference would be to remake foreign-language hits like [Scandi noir] The Bridge,” says Fetner. “The whole machine was built to go only one way. Now there’s a huge effort to train those people to go from non-English into English.”

Foreign-language hits
Gaumont’s French thriller series Lupin is the most popular non-English-language title on Netflix ever and could even exceed The Witcher as the streamer’s biggest hit full stop.

“The time, effort and detail that has gone into casting the voices to really connect with the talent as they sounded when they were speaking French is beautiful,” commends Roue. “It’s a real area of expertise.”

Lupin caught Netflix CEO Ted Sarandos’ eye too. “This show wasn’t like a watered-down French show,” he said in an earnings call. “The more local you are, the more likely you are to play around the world.”

Adds Simon Constable, lead SVP of global localisation at Visual Data Media Services: “If Netflix brings a show into the US it needs to know it will sound as close as possible for the English dubbing. That has traditionally been a real challenge because there aren’t many people doing foreign-to-English dubbing.”

Quality control is another hugely important part of the process. “If you have a title requiring French-to-English you need someone who understands French after the translation to make sure the English is truthful to the story of the original,” says Constable. “You also need someone to QC who is focused on the perspective of an English viewer who doesn’t understand the language, constantly asking ‘can I follow the plot?’ These are two different skills that companies like ours are having to do quite a bit of recruitment for new talent for.”

Craft of localisation
Script translation and adaptation are considered creative tasks for specialist talent who understand how to transform the story and keep it true to the filmmaker’s intent.

“Subtitling is still quite a skill since it’s not a literal translation but an adaptation,” says Day. “It requires a thorough grasp of the nuances of language and the observational and people skills to fully understand linguistic delivery.”

Finnish, for example, tends towards much longer sentences than English, so learning concision without loss of meaning is essential. It often helps to see how much information is communicated non-verbally; through facial expressions, body language, physical actions, staging, use of the camera, music and sound effects.

“In order to be a competent translator you need to pay attention to the whole thing. Visuals and audio as well as the dialogue. Think beyond the transcription of the dialogue.”

That’s why artificial intelligence is not yet the solution. 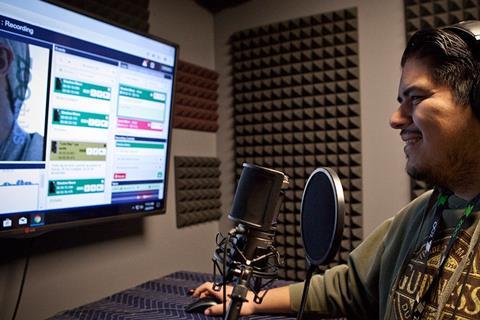 Zoo Digital: Working on training the next generation of localisation talent

AI not the answer
“The technology is still incredibly rudimentary,” says Roue. “We’ve tested a lot of translation engines and while some are good at certain types of content in a particular language there’s no such thing as a bullet proof AI in every language.”

Anything that reduces time to market by automating time-consuming processes has value though. Zoo Digital, for example, uses “assistive technology” to help its creators as opposed to trying to replace them.

“It’s naïve to think that AI will never play more of a part, but the timescale runs fairly parallel to when we might expect to read a bestseller or have an Oscar-winning script written completely by AI,” says Fetner. “Localisation is an artistic process.”

Metadata wrangling
As they enter new territories, studios are going into their vaults to localise more English language content. Many of these titles might have had a local version made a decade ago or more for DVD release and will find the quality needs upgrading. The rights to use a certain actor’s voice dub may have expired and require renewing or an entirely new dub. These are just some of the tasks handed to vendors by the streamers.

“When a streamer launches in a country it’s like a snake swallowing a big animal,” says Fetner. “You try to get the whole thing done at once. You can’t roll out in phases. You have to have the whole library there on the day of launch.”

The complexity is staggering. Zoo recently completed a mammoth project which involved interrogating and preparing hundreds of thousands of files for a streaming service’s European launch. It reviewed metadata and localised assets across 13 different territories, with around 15,000 lines of data for each language. Each ‘line’, stored across different spreadsheets and systems, typically contained feature or episode titles and a small, medium and long synopsis. On top of this were localised artwork, thumbnails, subtitles, dubs and more. The metadata totalled 780,000 items.

Tackling complexity
Mastering standards like IMF allow vendors to collate components in a logical way to build a master file, or wrapper, which ensures the components all sync together at playout.

“Outside of that, each different vendor is building their own automation and tooling to manage the components throughout the process,” says Roue.

Anything that can streamline the process for the largest vendors, like Deluxe, Zoo Digital and Visual Data who all work for the main streamers, should help.

That’s where the EGA comes in. Launched last year, the body aims to drive education and standards to solve the problem of scale.

“There is an appetite to standardise certain things and drive out inefficiencies,” says Fetner, who led Netflix’s content localisation vendor strategy for nearly a decade. He cites progress on standardising key names and phrases to simplify distribution of titles.

“There is an appetite to standardise certain things and drive out inefficiencies,” Chris Fetner, EGA

“We hope to create a schema of common names and phrases in a file format that is extensive and parsable so it can be used across lots of different toolsets. We think we can save thousands of hours a year by just solving this little problem.”

Beyond that, the EGA has its eye on building a pipeline to solve a potential critical mass on the horizon. “It’s likely that content volume will hit a plateau and the goal is to have enough professional resources available when it does. The problem is that no-one knows what that plateau looks like. It depends on what platforms launch and when. The industry won’t grow without being sufficiently resourced.”

The Motion Picture Association reported that global subscriptions reached 1.1+ billion last year, rising from 400 million in 2016. Last year Zoo Digital grew its business by one-third and employed another 100 permanent staff to sit with its existing 225 spread across the UK and LA working with 9000 freelancers.

As streamers expand overseas and handle more content going the other way, the value of the localisation industry is estimated to rise from $2.5 billion today to $3.5 billion in the next couple years.

“Localisation is a black box that no-one has really studied,” Fetner says. “Do viewers really notice if there’s a spelling error in subtitles? Are 19 characters for subtitling Nordic words sufficient?”

The EGA aims to deliver the industry’s first major piece of empirical research. “SVODs won’t know if they are under-spending on localisation if they don’t understand the impact on the consumer.”