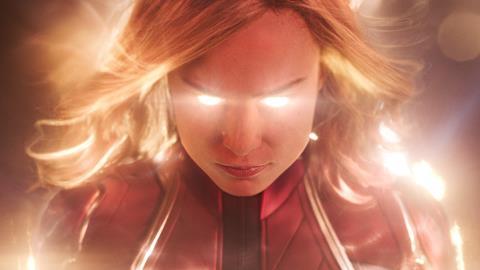 Making the grade: Colourists and HDR

The increasing prevalence of HDR and the need to cater to additional platforms is adding to colourists’ already-substantial workloads. David Davies finds out how vendors are helping them rise to the challenge and previews some new system features. 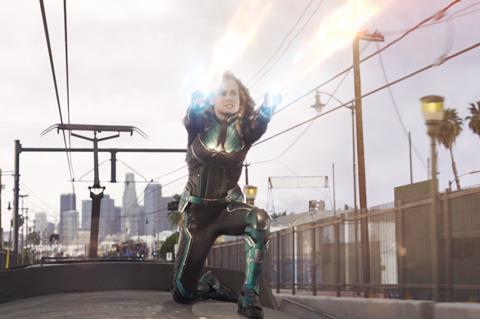 For post houses and colourists working to optimise the efficiency of their current grading operations and take account of emerging requirements, these are what might diplomatically be described as ‘interesting times’. The challenges can be crudely separated into two primary groups: the impact of HDR and the fact that, as a relatively new technology, there are multiple formats and production methods to be accommodated; and the rise of streaming services and other new platforms, which mean that the volume of content to be processed is growing dramatically. 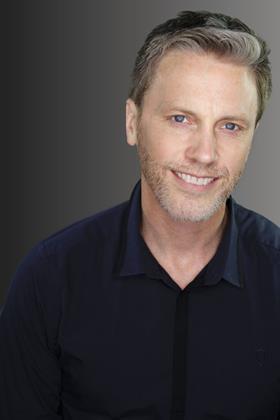 Doug Delaney is a senior colourist at Technicolor’s post-production department in Los Angeles and works on an array of film and TV projects. “Over the last few years the deliverables have become much more complicated, in part due to the advent of HDR and the emergence of streaming services such as Netflix, Hulu and Amazon Prime,” he confirms.

In terms of HDR, part of the challenge is that it remains something of a moving target. Technical and creative thinking about when and how HDR should be deployed is still evolving, “although over the last year or two we have begun to settle into a groove as to what HDR means, as well as when and when not to use it.” Increasingly, this means employing the technology for “emphasis and particular story points. In a sci-fi or action film that might mean explosions and those moments when you really want saturated colours or high luminance. I think that if it is deployed selectively viewers will appreciate it more than if it’s used just for the sake of it.”

“Deliverables have become much more complicated because of the advent of HDR and the emergence of streaming services” Doug Delaney, Technicolour

So for Delaney the ability to deliver in SDR as well as HDR as it continues to evolve is a crucial requirement of his grading infrastructure, which has long been based around FilmLight’s Baselight because of both its creative options and colour workflow capabilities.

‘Efficient workflow is vital’
As co-founder of FilmLight, Wolfgang Lempp has tracked “the changes in the way that post houses work when the industry was less constrained by budgets and companies could make massive investments in their colour suites.” But if the cashflow is not what it once was, there is no shortage of individual projects for firms offering grading services “as we can see that, content-wise, colour-grading is everywhere – from daytime TV to long-form drama series to feature films.”

It follows, then, that a need for flexibility has informed many of the latest additions to Baselight, which in 2018 included the Boost Range tool to expand the dynamic range of an image when converting from SDR to HDR, and an HDR upgrade to the Looks operator that allows preferred colour rendition to be brought to digital image pipelines.

“The efficient workflow is vital and matters more than anything else.” Wolfgang Lempp, FilmLight 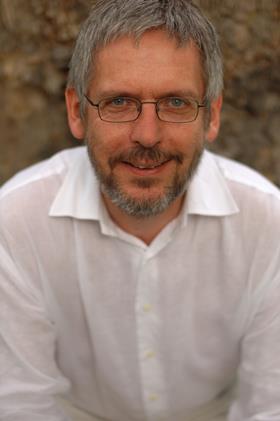 Lempp – who looks forward to previewing the latest Baselight developments at IBC2019 – confirms that “efficient workflow is vital and matters more than anything else. So we have worked on providing new tools [that make this possible], as well as expanding our colour management teams to deepen understanding of how HDR is being used.” The company is also prioritising “the long-term requirement to run multiple scenes in parallel in HDR and SDR, and the fact that there is currently no clear idea of what effect HDR will have on the whole production.”

Given the unpredictable outlook for colourists’ workflows, it’s to be expected that FilmLight is “continually talking to customers and finding out what they have to say” in order to optimise its R&D.

Volume and scale
It’s been another high-profile year in colour correction for Blackmagic Design, whose DaVinci Resolve software and hardware have been used on feature films including Rocketman, Avengers: Infinity War and Dumbo, to name just a few. 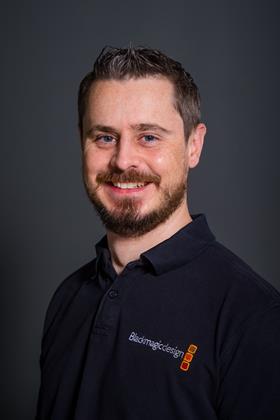 According to Blackmagic Design EMEA technical sales director Craig Heffernan, the “sheer number of projects” and the tendency to shoot more content in high quality 4K raw – meaning that “anyone can be more creative with the way their image looks” – are having a transformative effect on post house grading.

“The biggest requirement we’ve seen is the need for a modular, expandable colour correction system that can scale with a post house: facilitating the delivery of an ever-increasing volume of new content,” says Heffernan. “Gone are the days when you’d have a number of offline edit suites feeding into a single grading suite. That doesn’t work anymore, because you’d create a massive bottleneck at the grading/finishing stage.”

Rather, the impetus is for post facilities to expand grading capabilities “quickly and efficiently while keeping an eye on the cost of that expansion. This means they won’t just have one hero suite where all their picture finishing goes through, but flexible multi-discipline post suites.”

DaVinci Resolve was developed “from the ground up to handle any format as it was built around 32-bit floating point,” so it is“agnostic to any HDR requirements that colourists may be required to deliver in, including Dolby Vision, HDR10, HDR10+ and Hybrid Log-Gamma.” 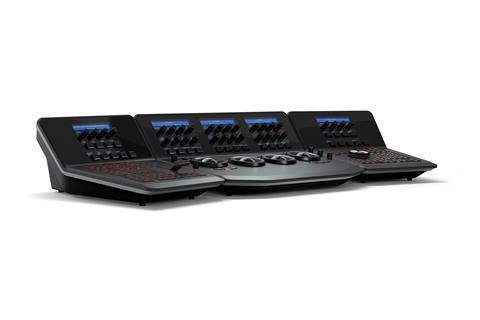 In the forthcoming Version 16 – currently in beta – there will be a built-in template for online delivery of HDR content in IMF by 20th Century Fox, following on from similar support for Netflix. Other developments will include improved HDR metadata encoding when rendering to H.264 and H.265, as well fresh support for remapping SDR content to HDR.

There will also be further recognition of the increasingly international grading processes that can be involved in some film and TV productions. Notes Heffernan: “We have added Frame.io integration for team collaboration, which seems to be the new way of working for many colourists who communicate with teams on international projects, grading remotely from across the world.”

Live until the last minute
By pointing to a recent customer example, Grass Valley highlights another factor impacting upon grading workflows – namely, the increasing tendency for changes to be made to the grading and finishing up to the last available moments. Accommodating this requirement informed the recent decision by London-based post facility The Look to invest in a further two Grass Valley Rio 4K post production systems and one Rio Assist system, totalling six systems to help meet the demand for programming in higher-resolution formats. 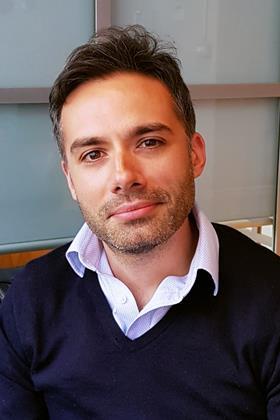 Thomas Urbye, chief executive officer and senior colourist at The Look, says that the post house has “built a reputation for the high-end results and top-end artistic values that clients expect, so evolving to support Dolby Vision has been a key part of our strategy. Rio helps us meet all of these requirements and more, while delivering flawless quality with fast turnaround of HDR deliverables.”

Increasingly, adds Urbye, clients “expect all episodes in a series to remain live right up to final delivery. This allows them to seamlessly make changes to the grading and finishing right up until the last minute. With nearly the entire pipeline going through Rio, we can rapidly turn around HDR and SDR deliverables and meet even the tightest deadlines.”

It is evident that both Doug Delaney and Thomas Urbye relish the current diversity of grading work, which is just as well given the need to deliver in both SDR and HDR to a huge number of platforms is sure to continue for the foreseeable future. From a vendor perspective, it is those companies who can help keep a lid on the growing complexity of colourists’ day-to-day working lives who stand to earn the greatest rewards.