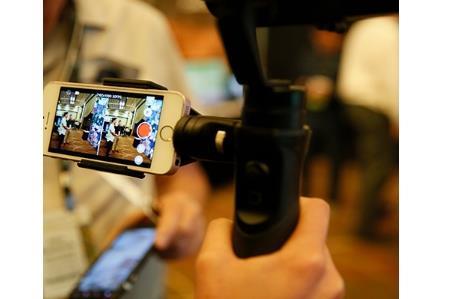 SMPTE has announced that Jim Helman, chief technology officer at Motion Pictures Laboratories (MovieLabs), will present a keynote titled “The Future of Media Creation” at SMPTE 2019.

The event, taking place Oct. 21-24 at the Westin Bonaventure Hotel & Suites in downtown Los Angeles, is, the Society’s annual technical conference and exhibition.

During a Tuesday, Oct. 22 keynote, Helman will describe the findings documented in a white paper — “The Evolution of Media Creation: A 10-Year Vision for the Future of Media Production, Post and Creative Technologies” — which was released by MovieLabs ahead of IBC2019.

“Given the rapid technological change taking place across the industry, it is essential for the industry to come together in enabling a future vision for production, post, and creative tools,” said MovieLabs CEO Rich Berger. “As we identify areas that would benefit from standards, the SMPTE community will no doubt play an important role in informing and supporting that process.”

“The Society had the opportunity to comment on the paper prior to finalization, and we believe that this white paper puts forth a compelling vision for the role of technology in filmmaking 10 years from now,” said Patrick Griffis, SMPTE president and vice president, Technology Office of the CTO, at Dolby Laboratories.

“With ongoing collaboration, innovation, and standardization in the coming decade, the industry can address inefficiencies inherent in production and distribution workflows, overcome key challenges to continued progress, and ultimately enable storytellers to create richer stories more quickly and easily. Jim and fellow experts will touch on all these ideas as they look ahead to the nature of media creation in 2030.”

Helman will provide an overview of the new white paper and then moderate a panel of studio executives who will pick up the conversation and take questions from the SMPTE 2019 audience.

In addition to Helman’s keynote, SMPTE 2019 will offer a wealth of technical sessions and exhibitions of advanced technologies, as well as special events that offer numerous opportunities for face-to-face interaction between attendees, exhibitors, and speakers. Other speakers announced so far include cinematographer Todd Douglas Miller and Astronaut and Cinematographer Terry Virts.