The increasing array of high-end video cameras with larger (Full Frame or S35mm) sensors like the Arri Alexa LF, Panavision DXL2, Red Monstro, and the Sony Venice, offer more choice than ever when it comes to acquisition formats and lens options.

Major manufacturers have already launched sets of lenses compatible with these sensors, although there is always room for additional models featuring new mounts or focal lengths. 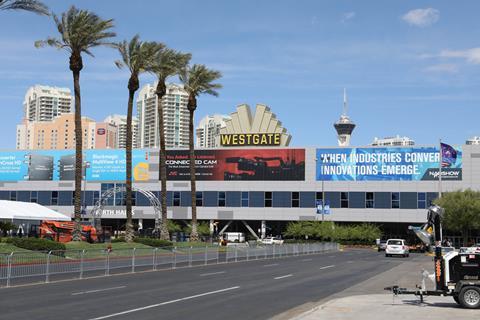 A Full Frame digital sensor like the ones found in a Canon 5D or the Venice, as well as traditional 35mm still photography film, all have areas that measure roughly 36x24mm. While fantastic for the cine-style look and shallow depth of field of drama and film they are less useful for live sports and mobile production where the longer focal ranges of zoom lenses and larger depth of field of 2/3-inch sensors have long been preferred.

Lens vendors are also capitalising on the demand for High Dynamic Range (HDR) pictures both for bread and butter broadcast as well as theatrical. In truth, though, professional optics have long been capable of channelling sufficient light and more than enough resolution and it’s the electronic chips and processing power to crunch the data that have had to catch up.

“The adoption of HDR by broadcasters is poised for rapid acceptance, and it’s a trend we are in a unique position to address,” asserted Thomas Fletcher, director of marketing for Fujifilm Optical Devices (North America).

The company will add another pair of UHD HDR lenses to its existing inventory of 4K 2/3-inch UA line later this year. The UA46x9.5B has a 46x zoom ratio and a wide angle from 9.5~437mm with an F2.0 aperture. The other version additionally has a telephoto reach from 13.5~621mm with an F2.8 aperture. Both benefit from a new image stabilizer which apparently “provides the most advanced image stabilization for a lens in this class” and makes the UA46x zooms ideal for sports, wildlife, and docs. 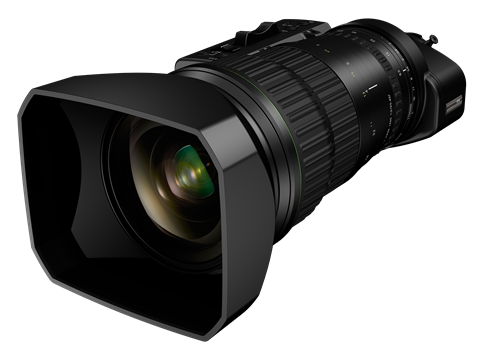 “Given the colour science expertise of Fujifilm with its motion picture film history, the Fujinon lenses are not only 4K but also produce brilliant, bright, eye-popping HDR images,” claimed Fletcher. “Both achieve 4K UHD optical performance from centre to corner throughout the zoom range while suppressing image distortion.”

Versions of each lens will be available for studio, wildlife, remote-control and gyrostabilized (aerial) productions.

The firm’s Digital Full Servo Drive Unit has been improved with 16-bit encoding for more accurate local or remote operation of the zoom, focus or iris. The drive unit offers a Virtual Connector which outputs the lens’ positional data.

Canon sported three new portable zoom 4K broadcast lenses (CJ24ex7.5B, CJ18ex7.6B, CJ14ex4.3) compatible with 2/3-inch sensors. Intended for sports, live events and news as well as documentaries, the ‘UHDgc’ series meets the BT.2020 UHD broadcasting spec for wider colour gamut which is essential to HDR imaging. The lens ergonomics and digital servo operational controls are similar to existing Canon portable zoom lenses. Canon said the trio will come in “at a budgetary level that will make them attainable to a large swath of the industry” but declined to put a figure on that until available later this summer. 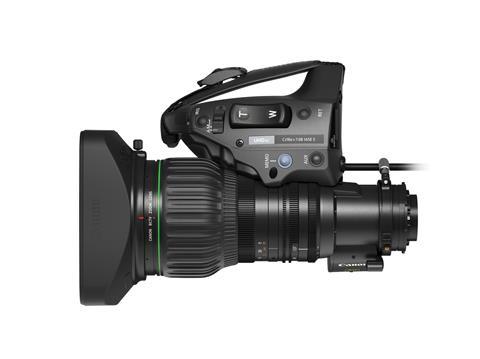 This is compatible with Canon’s new flagship EOS camera C700 FF, as well as the EOS-1D C and other full frame cameras. The CN-E20mm T1.5 L F has an image circle that covers full frame 35mm, weighs 1.2kg has a rubber ring at the mount connector to make it “drip-proof” durable enough as Canon points out for a nature documentary.

Cooke’s Panchro/i Classics are also now offered in 21mm, 27mm, 65mm Macro and 135mm. These are said to offer a “vintage look” with modern housing. The 135mm glass is available now with the remaining focal lengths due by the end of the year. 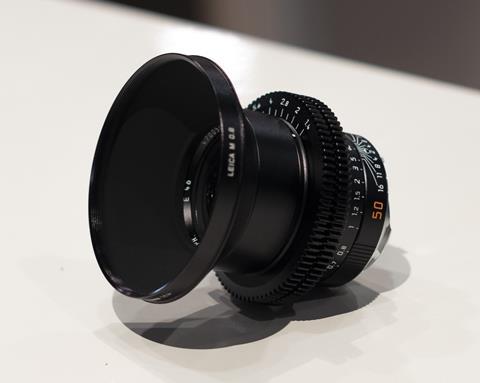 The Leica M Mounts for Arri Alexa Mini / Amira cameras cost from €790 and are shipping today, while a version for Sony Venice is due this summer.

The M mount, Leica’s proprietary interface between lens and camera body, can be swapped out just like the PL and EF mounts. All eight Leica M 0.8 lenses can currently be used on all Red cameras with interchangeable anti-aliasing filters.

The Leica Thalia large format cine lenses will soon be available in Arri’s new LPL mount. These mount versions of the Thalia lenses will include electronics for metadata and will be swappable on existing PL or XPL lenses.

Angénieux debuted a second long range anamorphic lens at NAB., with a focal length of 44-420mm A2S to go alongside its existing Optimo 44-440mm model. Though they appear similar, Angénieux says the new zoom has differing imaging characteristics and even less distortion than the already highly regarded optical quality of the 44-440 A2S.

A unique technology to Angénieux called Interchangeable Rear Optics will convert the zooms to spherical versions at different focal lengths (25-250mm for example) for project flexibility.

The firm also offers lenses for S35 and Full Frame cameras for use on drama, features and commercials. The Optimo Ultra 12x Multi Format lens is compatible with PL and the new LPL mount from Arri.

The IRO technology works on these too, able to convert the zoom into three different formats. In addition to S35 and U35, the Ultra 12x can cover up to a 46.3mm image circle for use with full-frame cameras like the Sony Venice, Panavision Millennium DXL, Red Weapon with 8K Monstro sensor, Arri LF and Arri Alexa 65.

Sigma completed its set of S35 and full frame cine lenses with the addition of new primes expressly designed for Sony E-mount cameras like the Venice. It reserved much of its publicity for an ultra-wide angle lens designed for multi-camera virtual reality shoots.

With outdoor sports in mind the lens is manufactured with a special sealing at the mount connection, manual focus ring, zoom ring and cover connection, allowing use during varying weather conditions. It supports Canon, Nikon and Sigma mounts and works with Sigma’s MC-11 Sony E-mount converter.

Converting the petal-type hood of the 14-24mm F2.8 DG HSM Art to an exclusive round component allows for the lens to be used in various VR scenarios without the risk of interfering with other lenses in the VR rig or undesired shadows in the content, the firm states.

Not at NAB 2018? Catch up on show gossip and highlights in this IBC365 Webinar