NAB 2020 has been cancelled due to fears over the coronavirus. IBC365 looks at some of the industry reaction. 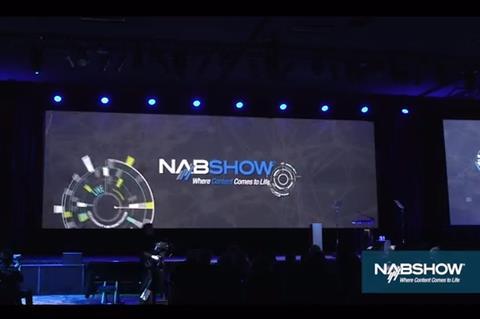 NAB: Mixed reactions following the cancellation of the show

Following some high profile withdrawals, it came as little surprise to most when the North American Broadcast Association decided to cancel NAB 2020, but the timing may have been fortuitous.

Just hours after the NAB made its announcement, US President Donald Trump announced a travel ban from European countries, excluding the UK, for the next 30 days. Though the ban does not apply to US citizens or those from the UK, it could have caused a major headache for exhibitors who had planned to attend NAB in Las Vegas.

It would not have prevented travel to the US during NAB, which was scheduled for 18-22 April, but it would have caused chaos the week before, at a time when lots of people would begin to descend on the Nevada city.

Of course, a number of exhibitors had already withdrawn from the show prior to its cancellation. Avid was one of the last major companies to announce it would not attend, also cancelling Avid Connect. It joined the likes of Ross Video, Adobe, AJA and Western Digital as companies that this week withdrew from NAB citing concerns around the spread of the coronavirus.

Ross Video has been a mainstay at NAB, having attended every show since 1974, but the company said it has a “clear duty to our employees, our customers and our families”.

“I’m disappointed for both our customers and our staff”, notes CEO David Ross. “We always enjoy spending time with friends old and new in Las Vegas, and of course it’s always a great opportunity to launch our newest products. However, the Coronavirus is obviously the dominant issue and we have to do the right thing.

“I’ll miss seeing so many familiar faces in the audience during our annual NAB keynote event this year. We are developing contingency plans and will be virtualizing many elements of the show to ensure that our customers still learn about everything new from Ross.”

There are more than 110,000 cases of coronavirus (COVID-19) cases worldwide, according to the WHO, with more than 4,000 deaths related to the rapidly spreading virus. This has led to a number of events, including Mobile World Congress and Broadcast Asia, being cancelled or postponed.

Smith said NAB was “deferring to the developing consensus from public health authorities on the challenges posed by coronavirus”.

In a statement, Smith said: “In the interest of addressing the health and safety concerns of our stakeholders and in consultation with partners throughout the media and entertainment industry, we have decided not to move forward with NAB Show in April. We are currently considering a number of potential alternatives to create the best possible experience for our community.

“This was not an easy decision. Fortunately, we did not have to make this decision alone and are grateful to our NAB Show community for engaging with us as we grappled with the rapidly-evolving situation. This Show is as much yours as it is ours, and it is important to us that we move forward together.”

Clearly, this was a difficult decision for both the organisers and the companies involved in the show. It is not yet clear how the NAB will proceed – Smith said the organisation is “still weighing the best potential path forward”.

He added: “We are committed to exploring all possible alternatives so that we can provide a productive setting where the industry can engage with the latest technology, hear from industry thought leaders and make the game-changing connections that drive our industry forward.”

The industry response has been disappointment at losing a staple of the sector’s events calendar, but an understanding of the difficulties caused by the spread of the coronavirus.

Peter White, who is CEO of IABM – one of IBC’s owners – tweeted: “What a sad day for the industry but the responsible thing to do. We will help all we can to soften the blow for the Broadcast and Media community.”

What a sad day for the industry but the responsible thing to do. We will help all we can to soften the blow for the Broadcast and Media community #sadtimes #theiabm https://t.co/WrAqnAVmHb

Harmonic released a statement, saying the company “fully supports” the NAB’s decision to cancel the show, adding that the “safety of our employees, customers and partners is of paramount importance to us.”

Meanwhile, Grass Valley tweeted that it ”thanks NAB for making this difficult, yet necessary, decision that we believe is in the best interests of our customers, our employees and the entire industry. We look forward to connecting with everyone in a virtual environment we’ll be announcing soon”.

It’s clearly a major concern for all involved, with the situation rapidly changing. The financial impact of coronavirus generally on the industry, and the wider economy, could also be significant, as IBC365 wrote earlier this week.

With more announcements expected from Trump, as well as other governments reacting to the spreading virus by introducing restrictions on going out in public, NAB has made a clear decision.

The World Health Organisation has now labelled the coronavirus, as a pandemic, rather than an epidemic. But there is hope. In Hubei, the Chinese province where around two thirds of all global coronavirus cases have been recorded, new cases this week have fallen to single digits.

According to Reuters, a senior Chinese medical adviser says based on China’s experience, the pandemic could be over by June.

Zhong Nanshan, the Chinese government’s senior medical adviser, said at a news conference on Thursday that as long as countries take the outbreak seriously and are prepared to take firm measures, it could be over worldwide in a matter of months.