Women’s sport may be one of the best opportunities for broadcasting and sponsorship, but is it riddled with too many problems of awareness and underfunding?

Hardly a sporting summer goes by these days without an investigation into the state of women’s sport. On one hand, there have been huge success stories from female athletes at the Winter Olympics and Commonwealth Games this year, but these positives are regularly balanced with headlines of a crisis because of a lack of TV coverage or commercial support. 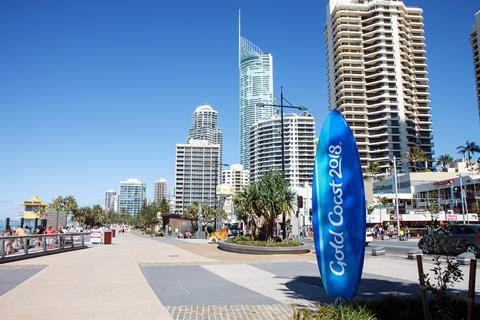 Is women’s sport one of the best opportunities for broadcasting and sponsorship or is it riddled with too many problems of awareness and underfunding? The truth, as usual, is somewhere in between, but there is plenty of evidence of positive trending.

BBC Head of Sport Barbara Slater has seen a massive growth in viewing figures for women’s sport in the past few years. Speaking at the Westminster Media Forum this month, she said: “Quality matters in all sports TV coverage and women’s sport now has that, plus lots of great stories.”

She also reported that women’s football was particularly strong, showing a 500% increase in audience reach between the 2009 and 2017 women’s World Cup tournaments.

Sky Sports presenter Orla Chennaoui also spoke at the Forum. Chennaoui started a women’s cycling podcast a couple of years ago simply because there was very little live coverage on TV and no way to receive regular news and comment about this section of sport. The Cycling Podcast Féminin now boasts a very healthy 50,000 to 80,000 downloads per monthly episode and the majority of listeners are men. 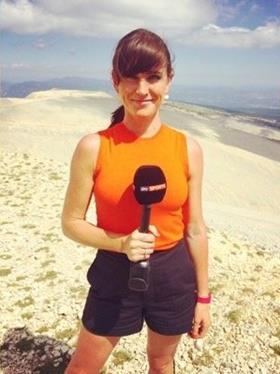 “The conventional wisdom was that not enough people were interested, but very quickly we had comparable listeners to the male podcast,” says Chennaoui. “We found a small army of dedicated cycling fans and they then demanded more from the race organisers in terms of coverage on TV and on websites. There are now more women’s races streamed live than ever before.”

For sponsors, Chennaoui believes in women being more creative. “It can’t just be about TV eyeballs or internet clicks. Cycling teams, for example, have created ambassadorial programmes for sponsors to get a better return on investment.

”Then there are wellness programmes, while corporate social responsibility these days is massive. Women’s sport is particularly well placed to develop that.”

Cake Managing Director Jim Dowling was speaking on this subject to an audience of advertisers at a CMA sporting conference earlier this month. He says an audience thirst for women’s sport on TV and via streaming websites is increasingly exciting for sponsors: “I have sympathy for the way some women’s sports have been treated by TV broadcasters in the past, but more brands are seeing this area as a great opportunity and the next women’s football world cup will be a watershed moment.”

Wasserman Executive Vice President EMEA Lenah Ueltzen-Gabell believes women’s sports need to build on female role models that are filling the TV screens: “Men’s sport takes up 90% of money and of media coverage, but that’s OK because the fans that do watch women’s sport are really engaged. We have to focus on our 10%, focus on grass roots, and our success needs to be different.”

Women’s sports coverage and commercial income may be growing rapidly, but it is starting from a very small base.

Ueltzen-Gabell believes women’s sport can stand on its own feet nowadays and that tokenism tactics by TV executives are a thing of the past. She observes how the WNBA in America began life in 1997, with TV partners and sponsors being ‘guilted into support’.

WNBA television coverage originally consisted of women-oriented channels like Lifetime and Oxygen, while NBC only showed games as part of an NBA round-up programme. These were deals signed by men running NBA teams as a favour to the men’s league.

But ten years later, WNBA (now boasting several female owners) and ESPN began a separate working broadcasting relationship which still carries on today. The only problem is the money: WNBA teams each receive a reported $1million per year in TV money, whereas the last NBA’s rights deal was worth around $31million per year to each team.

In addition, although women athletes have created some of the most memorable sporting moments of 2018, stories of crisis still emerge too regularly. The latest disturbing headlines were written this month when top English golfer Mel Reid bemoaned the state of the Ladies European Tour (LET) which now has only 13 tournaments on this year’s schedule. 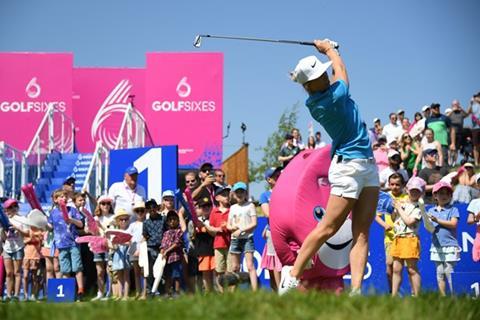 “The LET needs help and quickly,” Reid told the golf press just after competing against top men pros in the Golf Sixes match play event, shown to healthy audiences on Sky Sports. Her plea came after reports that the LET was slow to take up offers of assistance from other golfing bodies including the men’s European Tour.

European Tour Chief Executive Keith Pelley has offered to broker approaches of assistance, including from the Ladies Professional Golf Association in America which is thriving with almost three dozen high profile, well-funded events each year.

“We are surprised that (the LET) didn’t take us up on what we believed was a really genuine offer to make them flourish,” says Pelley who extended the Golf Sixes invitation to Reid and four other top women pros.

“I’m not sure exactly why that was the case and can’t understand why they didn’t come back and say, ‘here’s how you can help’, because their schedule is not what it needs to be.”

Mel Reid’s extra television exposure in the mixed Golf Sixes tournament prompted her to speak out even though she and her colleagues are being promised more LET tournaments later this year.

But she fears that it might be too little too late: “I’ve encouraged [the LET] to support the offers we get. It’s all very well for them to be fighting a cause [that of hanging fast to their own tour], but they need to move soon or there could come a day when there’s no tour left to play.”

This kind of headline is disconcerting for women’s sport, especially at a time when female competitors have been in the spotlight. NBC’s Winter Olympic coverage in America was dominated by female athletes such as skier Lindsey Vonn and the majority of viewers of the Games (55%) were women.

According to Barbara Slater, the BBC audience for the Games peaked at 4.1 million when Britain’s Lizzy Yarnold won the skeleton event, while England’s netball gold medal-winning squad in the Commonwealth Games in Australia were the most talked-about athletes at the event by the British TV and print media. 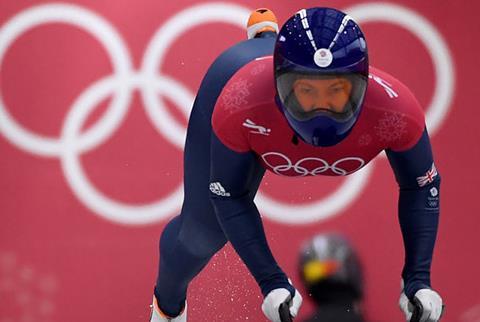 Yet male domination of sports remains. For example, football’s FIFA World Cup in Russia will dominate the minds of billions of sports fans this summer, while the women’s Hockey World Cup in London starting six days after the men’s football final will hardly make a ripple in the sporting ocean by comparison.

So, while ‘mixed’ events like Olympics, athletics championships and tennis grand slams showcase both genders fairly equally, the vast gap between men-only and women-only sports and tournaments is the target for change by sporting administrators.

UK Sport Chair Dame Katherine Grainger says fighting for space on the free-to-air TV channels is crucial to provide the best reach: “There are some great stories about female athletes happening all the time, but we’re still struggling with awareness and sponsorship.

“It’s easier to reach the general public now than ever before - you can shoot footage for social media, put it online nowadays and all those digital platforms are great. But you have to have the broadest reach possible for women’s sport to allow it to grow,” continues Grainger, a former Olympic rowing gold medallist.

However, there is a strong feeling among the leaders of women’s sport that simply copying the men’s broadcasting models is not the answer. “We need to look at things differently,” says Orla Chennaoui. “It’s not about using the men’s models and doing those things smaller and maybe not so well. Let’s change the conversation about women’s sport.”