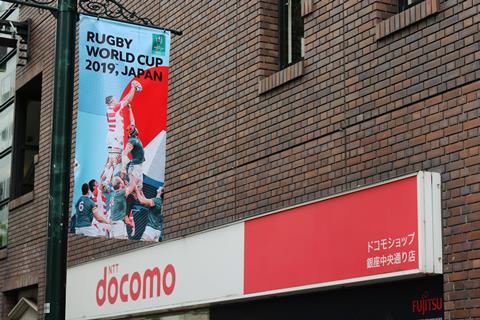 Trailblazers: Japan was one of the first countries to launch commercial 5G services, with NTT trialling the next generation connectivity during the 2019 Rugby World Cup.

The Japanese telecoms operator said it will use 8K cameras to shoot content for 360-degree virtual reality (VR) broadcast over 5G networks.

According to a report in the Japan Times, NTT Docomo president and chief executive Kazuhiro Yoshizawa said: “We hope to bring you an experience that is uniquely 5G.”

Japan was one of the first countries to launch commercial 5G services, with NTT trialling the next generation connectivity during the 2019 Rugby World Cup.

Rivals SoftBank and KDDI have also revealed plans for commercial 5G services, with the former announcing a partnership with Netflix to commence in March. SoftBank has revealed plans to live-stream performances by Japanese group AKB48 from February.

NTT Docomo is already looking beyond 5G, with the Japanese telco this week releasing a new white paper that sets out initial ideas for the sixth generation of mobile technology – 6G.

NTT said it aims to launch 6G on a commercial basis by 2030, giving the industry 10 years to develop new standards and technology to support this. The company said it first started research into 5G in 2010.

Docomo said it has already conducted some experiments into technologies that may power 6G, such as radio wave propagation at frequencies of up to 150GHz. This, the telco added, will be needed to enable much faster and larger-capacity networks expected in 6G networks.

Japan’s government recently announced plans to develop a comprehensive strategy on future 6G networks which will include inviting operators such as Docomo to discuss its requirements. The panel is due to meet next week, with the plan to be developed over the coming months, according to a Japan Times report.