Many in the broadcast and media industry, in all parts of the world, will be saddened at the death of Adrian Scott, writes Dick Hobbs.

Adrian Scott, who died peacefully on 18 July following a stroke, was one of the titans of the industry.

Our paths crossed regularly and we collaborated on conference panels and the like.

Adrian was a giant of a man: physically, intellectually (he once appeared on the television programme Mastermind) and emotionally. There was no chance of you not having fun in his company.

Adrian hailed from Edinburgh and grew up in a military family.

During his time at Rugby School it was assumed he would follow his father and become an officer in the Scots Guards.

Always one to take the path less travelled, instead he found for himself a scholarship to the University of North Carolina to study journalism. 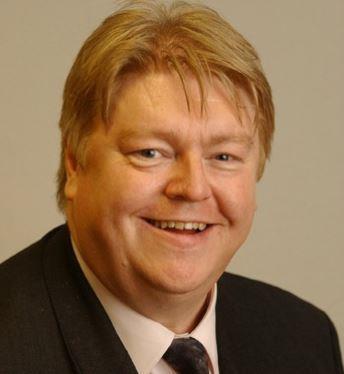 He loved his time in Chapel Hill, where as well as refining his skills as a journalist he indulged his musical interests; he played a mean double bass and he loved choral singing.

On his return to the UK in 1974 his first job was as publicity officer for the Scottish Chamber Orchestra.

This was the time when commercial radio was being launched in the UK, and he found a job with the relatively new Radio Clyde in Glasgow.

He said of his time there that he was the “newsroom dogsbody: reporter, presenter, writer, DJ – you name it, I did it”.

A key achievement at Clyde was to develop not just a nose for news and how best to report it, but also an understanding of editorial priorities, scheduling and management.

After a year he took these talents to London, joining Independent Radio News as bulletin editor as well as presenter, becoming producer of the flagship morning show AM.

When breakfast television was first mooted in the UK in 1983, Adrian was quickly snapped up as part of the launch team of TV-AM, the independent national morning show.

Newsroom computer systems were a novel concept at the time, and TV-AM had invested in a Basys installation.

“For reasons I still cannot explain, I became the in-house newsroom system super-user,” he later recalled.

“I was largely responsible for figuring out how to do three hours of live television, starting at six in the morning every day, on a system which nobody knew how to use and which had no manual. Fun!”

It was the turning point in Adrian’s career.

His self-taught comprehensive knowledge of the product made him the obvious choice as head of sales and marketing when Basys was acquired by ITN, and later he went with the product to Avid. All in all, he spent 14 years in newsroom technology, ending up as VP in charge of iNews at Avid.

He subsequently worked for a number of other big names in the industry, including Autocue, Vinten and Snell (now SAM). 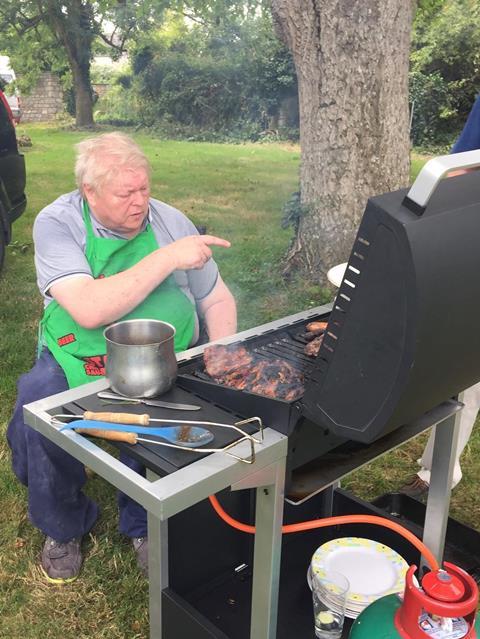 Adrian at the barbecue in his garden in 2015

Most recently he ran his own successful consultancy business, based in a village in the West of England. He also found time to sit on the Council of Advisors for Wells Cathedral School Foundation; he was a keen singer in choirs in the city, too.

For many years Adrian sat on the conference committee of IBC, producing sessions particularly around business issues, and on training and skills development.

”More than anything, we will remember his warm and generous personality which he employed to ensure engagement and humour in all his work. He will be greatly missed.”

His skill in business, and his charm in person, was that he was always keen to get the best out of everyone he met.

Of all the personal recollections of Adrian, this one speaks powerfully to the passion he had for sharing knowledge.

Veronique Froment now runs a marketing communications agency in the USA, HighRez PR, but 20 years ago she was new to the industry and working for Avid in the UK.

“Adrian came to me and said ‘do you have any lunch plans on Wednesday?’ I told him it was likely to be a sandwich. ‘Good,’ he said. ‘I’m taking you to Brussels. Do you like moules frites?’

“He introduced me to his friends at RTBF, the Belgian broadcaster, bringing the magic of television to life to me for the first time.

”He patiently and expertly explained the inner workings of a broadcasting operation, and rewarded my attention with a splendid lunch of moules frites and cold Sancerre.

“He remained a steadfast mentor: always patient, never condescending. And when he wasn’t teaching me about broadcast technology, we would talk about France, language, books, music and food.

”His French was impeccable – he mastered the imperfect subjunctive better than most French people. My life is richer for having known him, and his departure leaves a great big hole in all our hearts.”

Despite making his home in Somerset he remained very much a Scot. He was happiest sharing stories of his Scottish childhood over a glass of red wine or a wee dram. Pride of place in his house was taken by a pair of Ailsa Craig curling stones. He also had a huge passion for rugby and could talk about his beloved Scotland team’s progress in the Six Nations late into a convivial evening.

Adrian’s first stroke was in 2009: he was driving to an industry meeting at the time.

Characteristically he did not see it as a set-back. Instead, he added advocacy for The Stroke Association to his already crowded schedule, representing the association at conferences and events, and arguing the case for better care and support for both stroke survivors and their families.

In 2015, Adrian’s contribution to the industry was recognised when he was inducted into TVB Europe’s lifetime achievement hall of fame.

He leaves his wife of 30 years Cathrine, and his two adored children Anna and Rory – and very many fond memories for all who came into contact with him.

Following a private family cremation, a funeral will take place in Somerset in late summer.

A celebration of Adrian’s life with his family and friends will take place at a memorial service in London.