Oscars set to recognise streaming films due to lockdown 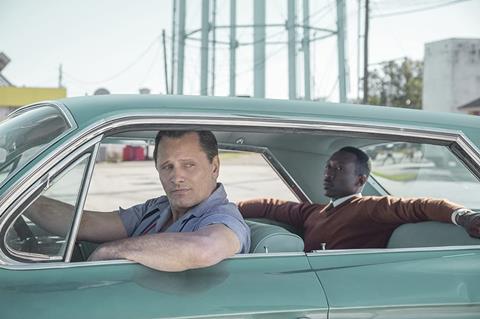 For the first time in history, movies that have debuted on a streaming service without a theatrical run will be eligible for the Academy Awards, as Covid-19 has restricted global premiers.

The 93rd Oscars will have revised rules and campaign regulations for this year alone, according to the Academy’s Board of Governors, who approved the amendment due to the “devasting Covid-19 pandemic” forcing the closure of movie theatres from the 16 March 2020.

Current Academy Awards rules under the eligibility of rule two that requires a film be shown in a commercial motion picture theatre in Los Angeles County for a theatrical qualifying run of at least seven consecutive days, during which period screenings must occur at least three times daily.

Until further notice films that had a previously planned theatrical release but are initially made available on a commercial streaming or video on-demand (VOD) service may qualify in the Best Picture, general entry and specialty categories for the 93rd Academy Awards under these provisions:

Academy president David Rubin and chief executive Dawn Hudson said: “The Academy firmly believes there is no greater way to experience the magic of movies than to see them in a theatre.

“Our commitment to that is unchanged and unwavering.  Nonetheless, the historically tragic Covid-19 pandemic necessitates this temporary exception to our awards eligibility rules.

“The Academy supports our members and colleagues during this time of uncertainty.  We recognise the importance of their work being seen and also celebrated, especially now, when audiences appreciate movies more than ever.”

The Academy will also expand the number of qualifying theatres beyond Los Angeles County to include venues in additional US metropolitan areas: the City of New York; the Bay Area; Chicago, Illinois; Miami, Florida; and Atlanta, Georgia.

The Awards and Events Committee will evaluate all matters of rules and eligibility for films to more easily meet the theatrical exhibition requirements when theatres reopen.

The Board of Governors also announced rules changes in the Sound, Music and International Feature Film categories.

Film festivals that have been impacted by the Covid-19 pandemic may provide films online through either a transactional pay wall or password-protected entry, which will not affect the films’ eligibility for future Academy Awards qualification.

The Academy will allow an exemption for those films that are released online through an impacted festival’s online platform, provided that proof of inclusion in the festival is submitted.  With these provisions, films will be expected to comply with all other eligibility requirements for the 93rd Academy Awards.

The Academy also outlined that due to the shifting landscape surrounding the global pandemic caused by Covid-19, all matters of rules and eligibility for the 93rd Academy Awards are subject to change based on national guidelines, state-mandated government orders and Academy-determined best practices.

Additional adjustments to Academy rules, eligibility requirements and scheduling may be required.

The 93rd Oscars telecast is scheduled to air Sunday 28 February 2021.