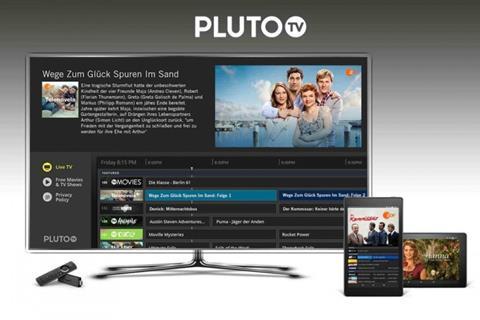 The AVoD service will launch 24/7 channel “Pluto TV Made in Britain” which will showcase film and TV favourites alongside British documentaries and celebrity shows. It will offer a wide range of programming, Pluto TV said.

Documentaries will include titles as Harry & Meghan: A Royal Wedding, Diana – The Royal Truth, Freddie Mercury: The King of Queen and Manchester United: We Are United. Other shows include popular dramas Skins and Ackley Bridge, plus biographical crime drama Bronson.

Pluto TV’s managing director for Europe Olivier Jollet said: “In the midst of turbulent times, we at Pluto TV want to create a safe haven for British highlights that show the country and its people in all their facets.

“Pluto TV Made in Britain celebrates the incomparable British humour, traditional institutions and big stars of the entertainment industry.”

Alongside this, Pluto TV has also unveiled a new pop-up channel called “Brit-pocalypse”. The channel will focus on British miniseries that highlight major disasters, such as mini-series Flood. Also included will be Day of the Triffids and Ice.”

Last year, Pluto TV launched three new channels based on content from Channel 5, which is also owned by ViacomCBS.

2019 marked a massive rise for Pluto TV, which was founded in 2013 and bought by Viacom in March 2019. This led to a significant increase in licensed content from its parent company and its brands, including MTV, Comedy Central and Paramount Pictures.

Late 2018’s expansion into new European markets, including the UK, Germany and Austria through a partnership with Sky and its Now TV platform, saw Pluto TV’s subscriber base rise from 12 million to 20 million by the end of the year.

It comes as more OTT providers are turning to localised content to compete with larger players. Last year, the BBC and ITV launched BritBox in the UK, for example, offering British-led content.