IBC2017: The incoming ATSC standard increases flexibility and accommodates business cases, but may create regulatory hurdles, according to an expert panel. 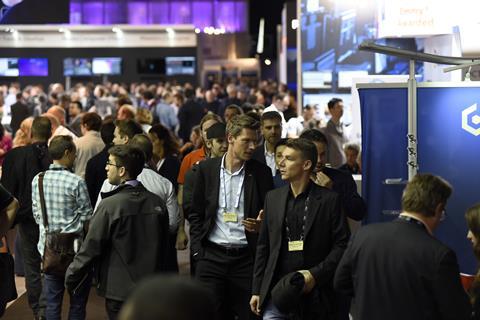 Delegates exploring the exhibiton at IBC2017

Some of the more technical aspects of ATSC 3.0 have prompted concerns relating to regulatory issues, although the operational questions have been elegantly solved, delegates heard at IBC2017.

Speaking about Layered Division Multiplexing (LDM), Reza Soleymani, Professor, Electrical & Computer Engineering, Concordia University, outlined how the principle allowed broadcasters greater flexibility and even the ability to collaborate on the same frequency to ensure viewers received the best quality signal: “This is a real win-win situation – the two stations don’t lose anything by collaborating, they are both winning.

“Of course there is a potential regulatory challenge in using same frequency, two stations collaborating might have some impact on map of available frequencies, but other than that there is no operational issue in collaborating.”

In a highly technical session of talks, entitled: ATSC 3.0 Pathways to Implementation a trio of experts dealt with a variety of error correction strategies and techniques that are baked into ATSC 3.0.

ATSC 3.0 can have very robust mobile and handheld reception capabilities, i.e., low system SNR (signal to noise) threshold in a range of 0 to 5 dB.

The low SNR system can reach much further than that of ATSC 1.0’s SNR = 15 dB coverage contour, which is likely to lead to situations where receivers can receive signals from multiple transmitters, called co-channel interference.

Other areas in which ATSC 3.0 offers a significant improvement were also discussed, with Guy Bouchard, Consultant, BSTG Canada pointing out that the standard has been designed to deliver across a wide range of requirements including flexibility, ruggedness, scalability, adaptability.

“It’s a fantastic standard, but when you read it, it’s ‘all Greek’ – mainly not accessible for engineers or laymen at all. However, it is designed to capture all conceivable business cases, and is strongly future proofed. A particularly key element is that the boostrap is the only thing set in stone, so there will be minimal disruption to old receivers.”

The conversation turned to comparing ATSC 3.0 to the European TV standard, DVB-T2, with Yiyan Wu, Principal Research Scientist, Communications Research Centre pointing to the business case: “A major benefit of ATSC 3.0 is that is allows more flexibility. It’s made for IP, so it can interface with any other IP system of today – you can go buy mass-produced Cisco routers and that’s very economical way to follow the trend.”

Soleymani made the point that: “DVB2 has amplitude and phase-shift modulation (APSK), while ATSC 3.0 doesn’t have this.

“This does make implementation easier, but the problem is that APSK is very good for non- nonlinear situations, which may be an issue in the future.”

ATSC 3.0 is already under deployment in South Korea, with recent announcements of support including LG Electronics, which said at CES 2017 that their 2017 4K TVs sold in South Korea would include ATSC 3.0 tuners as well as ATSC 1.0 tuners.