Remote editing and the acceleration of hybrid working

Flexible Production: Variable domestic bandwidth has been a challenge, but many productions – often assisted by responsive vendors – have adjusted remarkably quickly to the increased need for remote editing during Covid-19. 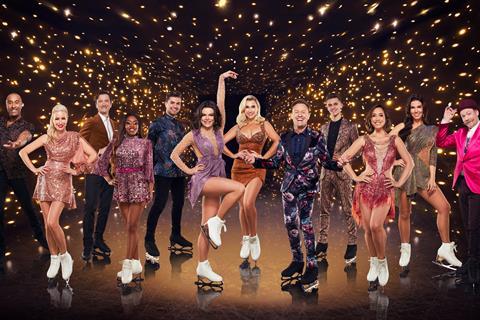 The Collectv: Works on ITV entertainment show Dancing On Ice

During the pandemic there have been plenty of stories about productions who have had to translate broadcast centre-oriented operations to the home over the space of a few days. But in terms of editing, there is a general view that the pandemic has served to accelerate an existing trend towards hybrid working processes that support collaborative production and which have been enabled by improved domestic broadband.

Noting the enduring need of post-production teams “to share media, collaborate and keep work secure” regardless of operational context, NewTek head of global product management Will Waters observes that the increased “move to remote editing over the past year really has moved more teams down a path they were already on. The benefits of coordinating remote users enhances productivity and will benefit those with a good strategy even after the pandemic is over.”

But the sheer amount of remote editing taking place has been something new, as have some of the turnarounds by which companies have had to equip editors so they can work effectively from home. Vendors have been quick to support customers with direct assistance and specific system enhancements, while editors and production teams alike have learned some valuable lessons about ‘best practice’ as large-scale remote editing becomes more commonplace.

Collectv effort
UK-based broadcast solutions and workflows consultancy The Collectv was approaching a busy spring schedule that included work on multiple ITV flagship shows, including Ant & Dec’s Saturday Night Takeaway and The Voice after the first lockdown struck last year. MD Chris Sarson confirms that in terms of needing to “implement an online specification with the use of Avid Media Composer, the monitoring requirement and so on, it wasn’t anything out of our comfort zone. We are used to having to work that way. What was different were the timescales involved and the absence of run-up time – so all of a sudden we were being called about a system that was needed, then having to drop it off at the home of an editor the very next day. Having to meet those deadlines and deal with the Covid restrictions was arguably the greatest challenge we faced.”

“The benefits of coordinating remote users enhances productivity and will benefit those with a good strategy even after the pandemic is over.” Will Walters, Head of Global product management, NewTek

For multiple productions The Collectv has helped set up editors to work at home, ensuring they can access systems located on-premise at the broadcast centre, in the cloud, or a combination of both. With general home broadband significantly better than it would have been five years ago but still distinctly variable, there has needed to be a “consistent focus on keeping latency low and making sure that editors can still get what they need, for example lower-res proxy files, although you have to be mindful of picture quality as if it is reduced too much there is a greater chance of issues going undetected. But the overall emphasis has to be on allowing the editing process to continue smoothly as you are going to get a lot of unhappy editors if they feel they are unable to be as productive as they would like to be.”

For one of The Collectv’s long-term commitments, the three seasonal wildlife programmes for the BBC (Springwatch, Autumnwatch and Winterwatch), there has also been a shift from an editing workflow based around Avid Media Composer to one standardised on Adobe Premiere Pro. This was largely driven by the uniquely varied nature of the video sources for these series, with contributions filmed on viewers’ smartphones jostling for space with 4K-shot footage from professional camera-people. 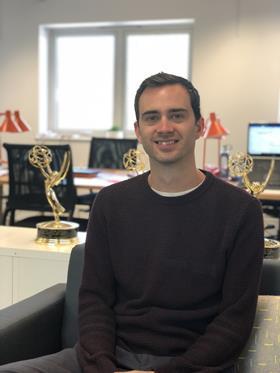 “There was a feeling that Adobe allows the Watch editors – of which there are about six for the latest series, around three of them home-based – to bring in more content sources more quickly, giving that extra flexibility when it comes to transcoding different formats,” says Sarson.

Sarson says that the company is increasingly adjusted to a more varied, hybridised method of working. “We have learned so much over the last 12 months about remote connectivity and what does and doesn’t work – it’s been a very useful learning process in that way,” he confirms. Like many, Sarson anticipates increased remote editing to continue beyond the pandemic, and is also optimistic of a boom time for the industry once the vaccination programmes achieve a marked decrease in Covid cases: “People need content so once we hit the warmer months and the vaccines are having an impact, I think the whole industry is going to be manic.”

‘Content and hardware’
Among vendors working to support production teams delivering projects with varied editing workflows, there is a general consensus that – in the words of Simon Hall, post production technical sales specialist at Blackmagic Design – there have been two main “challenging areas: content and hardware.” Home-based editors may be working with computers that are not comparable to “the turbocharged hardware” they are used to in the edit suite, while variable internet speeds have meant challenging transfers for larger files.

In this context the integration of Frame.io review and collaboration software into Blackmagic Design’s DaVinci Resolve video editing platform that began with Version 16 in 2019 has been especially useful.

“There is a direct import into DaVinci Resolve which downloads a low-res proxy file that users can immediately edit. At the same time this is happening, the source file downloads in the background. Once completed, the proxies are replaced with the original content.”

Hall also highlights the inclusion of direct messaging in the DaVinci Resolve software, so that “users can communicate easily and a single paid license can be used on two machines simultaneously. That means two editors collaborating only need to purchase the one license.” 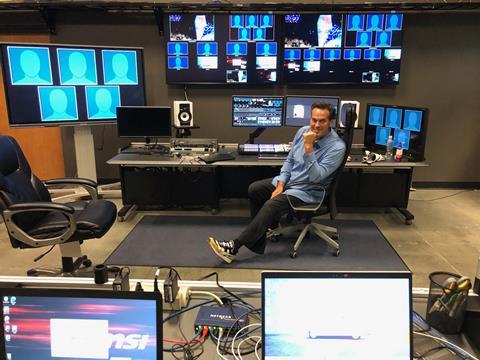 NewTek’s Waters points to two solution areas that have benefited remote editing workflows. The use of the company’s IP-based NDI video transport technology with its TriCaster systems allows for “live switching combined with ISO recording of each incoming video signal. In practical terms, this means that a rough cut can be produced as multi-camera and multi-source video streams are captured.”

Offering the ability to line up multiple streams in Adobe Premiere using a free plugin as part of NDI Tools, NDI also allows for “free and easy movement of media” in services like AWS, Google Cloud and Microsoft Azure.

The company is also continuing to provide tools in collaboration with Studio Network Solutions called NRS (NewTek Remote Storage), which include capabilities for “multi-site and hybrid workflows where source and proxy media can be accessed by editors to work virtually anywhere. Automatic transcoding allows for insertion into existing pipelines and streamlines preparation for editors no matter where they are located.”

Automation and ‘on demand’
The ability for remotely-situated editors to view and/or access the full range of content has also been a focal point for Telestream. Among recent developments, director of marketing Alan Repech cites the June 2020 introduction of the new GLIM remote player, which facilitates the playback of full-resolution, mezzanine-grade files from centralised storage over the internet from a web browser. Engineered to accommodate bandwidth-constrained internet connections, GLIM has “definitely resonated” with customers leaning more on home-based working. 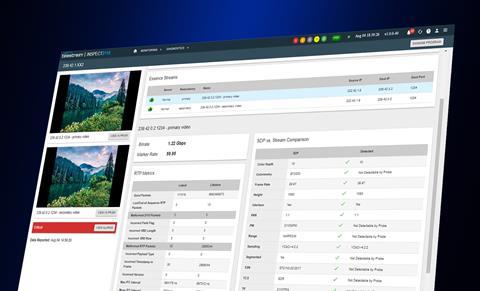 Repech says that the Telestream Vantage media processing platform’s automation capabilities have also been further underlined “The capabilities that Vantage brings in terms of centralising workflows means that an editor can offload some of the more [routine tasks such as] creating proxies and archive files, allowing them to spend more time on the creative aspects.”

Avid’s Edit On Demand is another service whose value has been reinforced during the past 12 months. Allowing users to utilise Media Composer and Avid Nexis in the cloud, the service is part of the company’s “toolsets for working from remote locations that we have had for a while, and which people have been able to really take advantage of right away,” says Avid director of broadcast and media solutions marketing Ray Thompson.

Documentary series and reality TV shows are among the content types to have been finalised using Edit On Demand during the pandemic. Thompson also highlights some individual user cases, such as the decision by Gorilla – a post-production company based in Cardiff, Wales – “to move their on-premise editing suites into the cloud. They have used Edit On Demand to keep their various productions progressing with their team and clients working from home.”

With the pandemic currently showing little sign of receding, it is evident that the current high levels of remote editing will continue throughout much of 2020. In particular, if the major sporting events scheduled for this summer do still take place, they are likely to be achieved with an unprecedented amount of editing taking place back in broadcasters’ home nations. Beyond that the recognition that editors can work effectively from home and spend less valuable time in transit means that more hybridised editing patterns are here to stay.