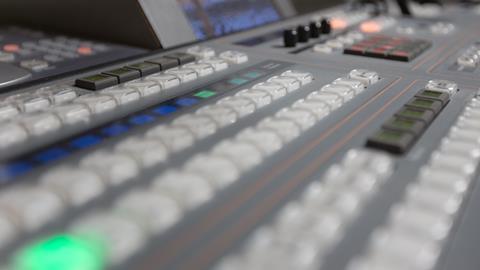 Blog: Is it time to sell the OB truck?

Remote production makes sense for some types of TV and it could usher in a new wave of innovative formats, writes Tony Gregory. 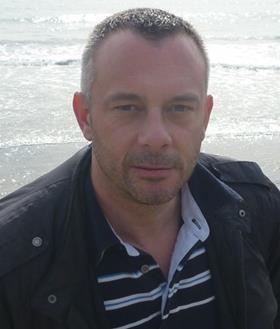 Whether through drums, smoke signals or telegraph, the ability to instruct remote transactions has played its part in both the survival and the overthrow of countless dynasties, kingdoms and empires.

So-called remote production is really part of the continuum of human progress, not some impending new dawn.

Indeed, the first TV outside broadcast took place in 1937 as the BBC covered the George VI’s coronation at Westminster Abbey; the first case of remote video production is in fact 80 years old.

The term remote production is snappy, but unhelpfully vague.

The current buzz is better articulated as the geographic separation of complex interconnected production processes.

“Why would you pay an EVS operator for a day’s work, two travel days, and two overnights, just to do slo-mo clips for a 90-minute football match?”

Working remotely has been growing for years – we haven’t needed to bike or fly VHSs and DVDs of edits for approval for many years, and much pre-production happens between highly mobile laptop junkies.

So remote production is about capturing and packaging content from locations without a travelling circus of big trucks, single-discipline techs, and the creation of a studio complex on a farm, beach or mountain.

The thinking goes that a small team, or even a single operator, sets up cameras and other equipment – and all the ‘packaging’ processes of vision-mixing, graphics, audio mixing, happens in some far away, purpose built centre.

There could even be venues with permanent camera and sound equipment – but no on-site control room.

Why would you pay an EVS operator for a day’s work, two travel days, and two overnights, just to do slo-mo clips for a 90 minute football match at the other end of a country? What if that person could in fact do three or four games in a single shift from a centralised control centre?

Much development in this area has happened around sport, especially the Olympics. Among many examples, Swedish and Canadian broadcasters during the 2012 games had control rooms back home, driving cameras and studio production in London’s Olympic Village.

In 2016, the BBC logged raw media, in real-time, in Salford in the UK to assist productions teams in Rio de Janeiro, Brazil.

Key drivers are cost and quality. If connectivity costs are lower than the cost of taking a production team – then keep the team at home!

Often production processes are better done back at base, where protocols and systems are already in place, meaning better quality content.

Around the world are control rooms monitoring our streets, airports, stations and shops.

The centralised CCTV control room of London’s Met Police is remarkably similar to the production control of TV’s Big Brother – and TV has much to learn from other industries.

In Australia high labour costs and the remoteness of mining works have catalysed innovation.

Productivity, safety record and quality of life have all improved.

Currently under construction is a new air traffic control tower at London’s City airport. It will contain HD cameras, but no people. When complete, all the aircraft movements will be monitored and controlled by staff 130km away.

Controllers will get the same view that they would have through windows – but overlaid will be augmented reality displays of data and plane call-signs –they won’t have to take their gaze to other screens.

London City will use three independent fibres for the data links to the control centre in Swanwick, which also handles the air traffic movements over most of the UK.

“Bandwidth and uptime are considerations, but these are improving very quickly”

The arguments in the TV/video industry around reliability and connectivity for remote production are lazy.

The mining and aviation industries have far more at stake from a failure than some OTT live broadcast from a comedy club in a regional city. If those industries can make remote operations successful, then we can too.

Yes, bandwidth and uptime are considerations, but these are improving very quickly.

Indeed, far from being a barrier to remote production, internet connectivity and speed will be the very thing that drives demand.

South Korea has the best connectivity in the world and the highest penetration of smart phones.

Everyone on subway trains in Seoul is watching video, via the über-fast and ubiquitous Wi-Fi.

As 5G hits the world’s major population centres in the next few years we’ll enjoy unprecedented download speeds on mobile phones. And there will be an exponential increase in demand for video content.

Those who can slash the production cost of quality content to fill this vacuum will lead the revolution and remote production will be a critical tool.

The use-case test for remote production is this: if the production team are creating the content in front of the camera, and need to direct the action, as well as run the control room, it doesn’t help. Production needs to be proximitous to the action.

But for many scenarios, the team producing the ‘capture’ have no relationship with the ‘performers’ in front of the camera; for example, sport, many reality formats, public-venue events such music, comedy, ceremonials, theatre. Remote production will become a key way of working.

Our biggest problems are people and productivity. Too many TV programme makers are stuck in archaic ways of working, and there will have to be multi-discipline working.

People want our content to learn, laugh, and escape. Remote production will be a vital tool for doing that with more efficiency, relevancy, and agility. We’ll be capturing content from people and places that previously we couldn’t have covered.

There’ll be new ideas, too.

Without non-linear editing, and miniaturisation of camera chips we wouldn’t have had many reality TV formats. Remote production will leverage a new generation of ideas.

It’s going to be an adventure. But for those not responsive to change, remote production will yet have a hand in the overthrow of some old-style media tech dynasties, kingdoms and empires.

Tony Gregory is a freelance live multi-camera director working in events, music, entertainment and current affairs. Based in London and Vienna, Tony also trains and coaches multi-cam directors around the world and consults on strategic production topics such as creativity, formats, production technology and workflow.