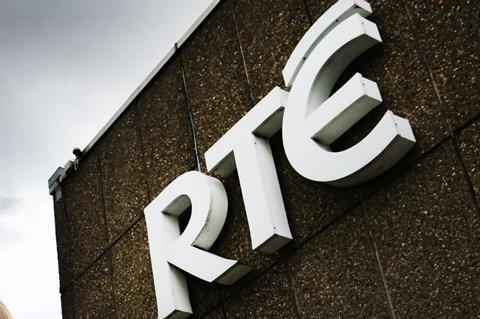 Irish broadcaster RTÉ has announced plans to cut up to 200 jobs as part of a series of financial measures aimed at reducing costs by €60 million over the next three years.

The decision to cut up to 200 roles was made following a review on the future of the organisation that highlighted a financial crisis that means RTÉ must significantly reduce costs.

According to RTÉ News, the Irish broadcaster will also close existing studios in Limerick and its digital radio network, which include 2XM, Pulse, RTÉ Gold, RTÉjr and Radio 1 Extra. It will also look to sell off RTÉ Guide and close its Aertel service.

Last September, RTÉ director general Dee Forbes warned staff that the PSB was facing a financial situation unlike any in its near 100-year history.

The review found that RTE needs to cut costs by around €60 million between 2020 and 2023. It has already announced plans to reduce the fees paid to top on-air presenters by 15% as well as executive pay by 10%. It will also introduce an indefinite pay freeze for all staff below that executive level, with a review of staff benefits expected to follow.

Forbes said: “We remain in discussions with Government. We are doing all we can to return RTÉ to a stable financial position, but we will not be able to reinvent public media for future generations, nor fulfil our remit, without immediate reform of the TV licence system.”

Forbes was a speaker at IBC2019. Prior to the event, she told IBC365 that the sustainability of RTÉ is under pressure against a backdrop of reduced funding. RTÉ receives funding from Ireland’s television licence fee as well as commercial revenue, including the sale of advertising and sponsorship.

This comes at a time when there is increasing pressure from OTT providers. RTÉ is going through that transformation process but “we are doing so on the back of contracting funding and a depleted commercial base”, she said. “We need funding reform and regulatory reform.”

“How audiences consume is changing, sometimes it feels by the day,” she told IBC365. “It can feel like PSMs are on the precipice in terms of evolving to match audience consumption habits, as the funding gap restricts our ability to evolve at the pace required.”