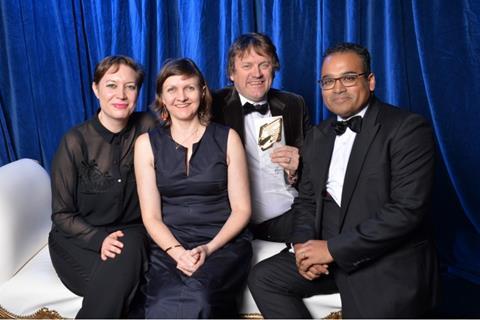 The Royal Television Society (RTS) has launched the 2020 edition of the RTS Television Journalism Awards.

The awards, for both news and current affairs, seek to recognise creative and excellent journalism by organisations whose broadcasts are transmitted on a UK based platform or who create online video content from a UK production base.

They will be chaired by Simon Bucks, who was appointed by the RTS earlier this year, succeeding Sue Inglish.

Bucks said: “I am very proud to be chosen by the RTS to chair the RTS Television Journalism Awards - the most prestigious rewards for quality and achievement in video journalism. The introduction of the Digital category is a new departure for the Awards, recognising the growth of powerful and compelling content on non- traditional platforms.”

Theresa Wise, CEO of the Royal Television Society said: “The RTS TV Journalism Awards are so important in recognising the excellent journalistic talent we have in the UK. We are joined by the esteemed CEO of BFBS Simon Bucks as chair, and we are very much looking forward to working with him throughout this awards season.”

The 2020 Awards Ceremony will be held on Wednesday, 26th February 2020 at the London Hilton, Park Lane. All entries must be submitted by Monday, 2nd December 2019. To find out more about entering the awards, check here